And Philly fans are the trashbags? No, no, no, no, no. Well, maybe at times. But Patriots fans are simply inhumane. That cheesesteak is food, and there are millions upon millions of starving people on this Earth. I guess it’s just fine and dandy to win 5 rings and let the children die. I don’t care if this is the only recorded instance of a Patriots fan unknowingly killing the hungry kids around the world, all of them must be doing it! There’s no reason to waste food like this, even if he may have been doing his body a favor by spiking the processed meet on the asphalt. The fact it didn’t break apart means that 8,000 calorie brick would’ve stayed in his intestines for a full decade: 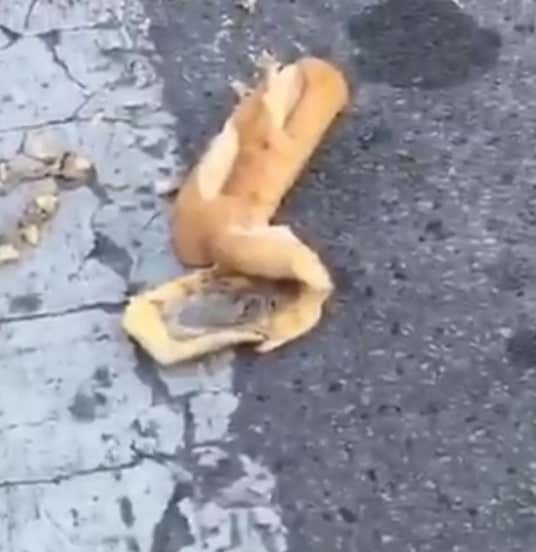 It doesn’t matter. Be humane one time, Patriots fans. And this guy is just lucky he ruined a Geno’s (still a decent spot, but obviously not the best). If he does that to a Dalessandrio’s cheesesteak and it’s a crime against humanity. Can’t waste that delicousness. Cue the rankings:

Smitty’s Official Philly Cheesesteak Power Rankings (FUCK Barclay Prime and their $100 cheesesteak, for I have too much pride and too little money to eat):