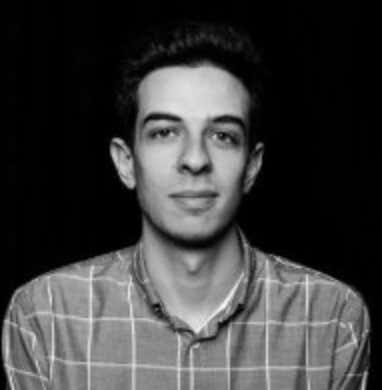 A couple weeks ago, I wrote a blog about WalMart locking ethnic hair products behind glass. I played the blog straight down the middle, in my typical fair and nuanced style. I included the original tweet by the lady accusing WalMart of racially segregating their shampoos. I also included a number of responses to her tweet, from people who both agreed and disagreed with her sentiment. Without realizing it,?in the middle of the long thread of responses I used, there sat a Twitter user who is a confirmed, real life racist.? Hand up, I didn’t look through all the bios of the tweeters I cited. I did not check on?everyone’s individual?twitter history, so I had no idea that one was a real white supremacist. More importantly, I simply missed how racist the tweet was. I later asked? my friend Willie about it, and he immediately pointed out the racism of the?”In Africa” part. Whelp, my bad, folks. I’ve since tuned my “white supremacist-dar” to the highest discernibility. If you have your head shaved, you’d better hope you don’t run into me in the street. Chances are, I’ll slap a confederate flag sticker on your back without you knowing, summon my crack squad of alt-left defenders, and garner signatures for a petition to send to the NAACP.

The email is so smug that my squash goggles fogged up. Luckily, I had a silk pocket square handy, and I quickly defogged my windshields to read it again. All of this was news to me. A white supremacist? Shampoo? Sorry Samer, I think you have me mistaken for someone who?didn’t go to Harvard.?It was a lot to take in. His attack seemed so thin, so desperate. Why would he come at me for something so tenuous? But then it dawned on me: Samer Kalaf?reads every single blog I write, which means he must be a huge fan of my work. And I love my fans! So I replied:

Have you ever prepared to go to war against someone, only to discover that they’re actually a wonderful person? The whole time you were sharpening your bayonet and polishing your musket, your enemy was reading Yelp reviews about trendy lunch spots for the two of you to try. Places with sun drapes that allow most of the sunlight to filter through without letting the patrons overheat. Where every waiter marches in the gay pride parade regardless of their sexual orientation. Where the bathroom has a dish of scented cinnamon. Where, when they doggy-bag your leftovers, they sneak a cookie inside!

Samer was expecting a defensive or dismissive response which he could use to enforce his narrative that I’m a white supremacist-endorsing hate monger. Instead, as he was filling his hot air balloon with misinformed drivel, I popped the balloon with a kindness pin. Join me for lunch, Samer! Let us discuss the issue like civilized gentlemen over bowls of butternut squash soup.

Note my piano-key icon. It intimidates people by letting them know that they’re dealing with one classy motherfucker. I bet Samer saw that and started shaking in his clogs. “Fuck. I thought Francis would be an easy target. But he plays the piano? He can play CHOPIN? The ?tudes and nocturnes?not the ballades?but STILL! Sheesh. I’ve opened the gates of hell!”

However, I’d rung the victory bell too soon. This was not Samer’s first passive-aggressive email inquiry. He stood strong:

Ah-ha, so it’s hardball you want? Time to roll up the sleeves. I knew that if we were to meet for lunch, he’d let his guard down because my jawline and sapphire eyes are brought to life by midday light. I would have worn something tight and thin that announces the perfect symmetry of my nipples. I would have worked out beforehand?nothing too intense. Maybe 5 sets of 20 kettlebell swings at 45 pounds, followed by 100 jumprope double-unders to get moist. Something to achieve a pump and a glow, you know?

But Samer was on to me. So I doubled-down:

Guys, take note? when you’re trying to start a romantic relationship with someone who wants to ruin your career, it’s important to suggest a specific location for lunch. It shows initiative, confidence, and organizational skills. There was no way that Samer could decline this offer. Or so I thought…

Despite my encouragement (my parents were thrilled for us), Samer continues to hide his love for me in the shadows.? We discuss taking a trip somewhere, but Deadspin unceremoniously fires any employee who dares to leave the office, lest they miss a Barstool post they can twist into a takedown.

I bring out the big guns:

PS: Samer?since I know you’re reading this, the offer still stands. I’ll have lunch anytime, anyplace, in any outfit. Just be gentle with my heart.