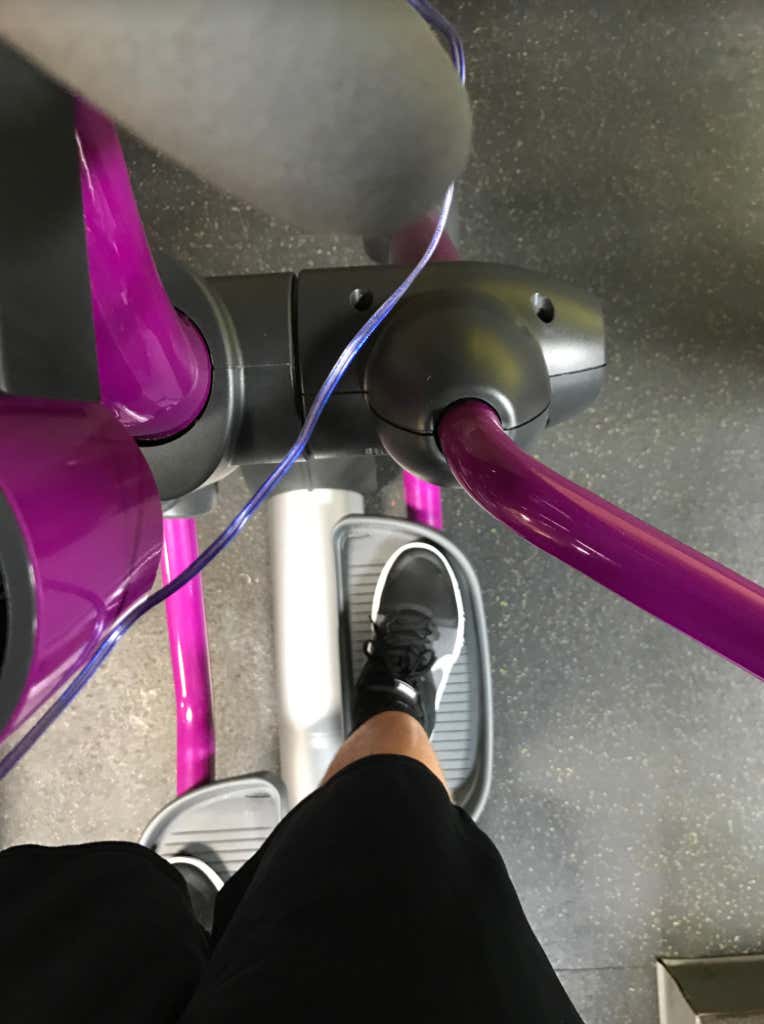 On January 1st, 2018 I weighed 263 pounds. I know. That’s too much. That’s wayyyyyy too much. It was the heaviest I’ve ever been. I’ve always been a big person (literally since birth) but 263 is INSANE. Weighing that much makes it easier to lose 21 pounds. I admit that. But like I said, I’ve always been big. I’ll never be skinny skinny. I don’t have the build for it. You can only go so low with a Midwest frame. When I was a healthy linebacker phenom in high school I weighed 225. So it’s now February 1st, 2018 and I weigh 242. Still way too much. Still fat but 21 pounds less than before.

How did I do it? It’s very simple and also the most complicated. I exercised and ate right. The plan I had for myself was to workout 5 days and week, eat healthy 6 days a week and drink all of the water. No candy or soda or bread unless it’s a Sunday. It was extreme but it’s what I needed. So that’s mostly what I stuck to. Dieting really is the worst but this is what I ate: I ate two stupid bananas for breakfast every day. I ate smelly fish and stupid asparagus for lunch every day. I ate a stupid salad with stupid grilled chicken for dinner every night. And I drank all of the water. So much water. Seriously. I piss like 50 times a day. The people who have desks by the bathrooms at Barstool HQ have to be concerned.

The elliptical became my best friend. I ellipticaled 5 days a week for 45 minutes. Exercising was actually my favorite part cause you feel accomplished afterwards. I am drenched in sweat every time I finish. I knew I was heading in the right direction. Unlike every time I eat a stupid banana. Nothing happens when I do that. So I have become very fond of the elliptical. Special shout out to anyone in the #EllipticalGangGangGang who sent me pictures of their workouts. Those motivated the fuck outta me. For real.

(If you follow me on Instagram, thanks for putting up with my daily Insta story. It’s very basic betch of me but has weirdly become a helpful ritual for me. Probably a tree-falls-in-the-forest type of deal.)

Like I said, all that sounds relatively simple and it is in theory. Actually sticking with it over and over and over and over again every single day is the hard part. It’s not fun. It’s zero fun. Don’t let anyone lie and tell you this shit is fun. It’s not. Those aren’t the most motivational words but it happens to be the truth. I drank very little alcohol over the course of the month much to Kmarko’s chagrin (minus my drunken appearance at a karaoke bar belting out Country Grammar). All I wanted to do everyday was eat deep fried Snickers bars and cinnamon rolls and Airheads and sesame chicken and swim in Coca-cola. But that’s how you get to be 263 pounds and tired all the time. So you gotta make sacrifices.

I’m human so I fell of the wagon a couple times. We have Reese’s in the snack room at Barstool which seems cruel. On a Friday early on in the month I took two Reese’s with me and ate them on the way to the train. They made me feel like garbage. The most important (and subsequently the hardest) thing is the bounce back, though. As long as I got on the elliptical on Monday, I knew it was gonna be fine.

A couple people have asked me about Before and After pictures. The honest truth is I didn’t take a Before picture. The reason being I didn’t think I would be able to stick with exercising and eating right. I’ve taken many many many Before pictures that just ended up being Before I Quit pictures. It’s extremely discouraging to have a phone full of Before I Quit pictures. For whatever reason, this month stuck.

So that’s it. I weigh 21 pounds less than I did a month ago. I feel a lot better. I have more energy and all that stuff people talk about. It’s hard as fuck but it’s worth it. I wrote a blog at the beginning of the month where I documented my first workout and this is what I ended it with

I simply need to move my body around more so I don’t pack as much weight on my body. That’s it. Maybe eat a little better, too. I was doing nothing before. Now I’m doing a little more than nothing and that’s perfect.

That’s still the goal. We’re gonna keep working. See you in a month.