Boom, killed. Brian Westbrook isn’t a charity. He isn’t passing out autographs to any old schlub. This is Super Bowl week. Kill or be killed. And some Cowboys fan thought he can waltz up to Brian, shove a hat in his face, and demand an autograph? Well think again. 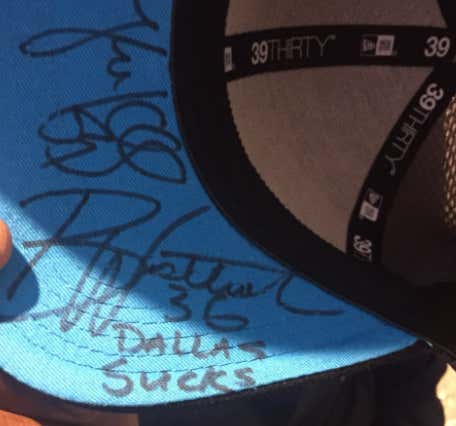 It’s bad enough a grown man is getting autographs. It’s even worse that he’s decked out head to toe in Cowboys gear and is getting an autograph from an Eagles legend. So since it’s rude to say “no”, Westbrook took it one step better. Nothing but respect for MY running back. And the sadness on that man’s face says it all. 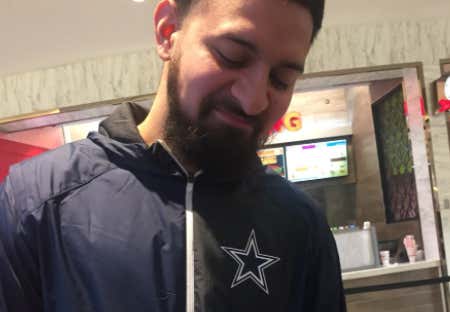 Maybe next time just chat about football and ask for a picture?

PS: I have never understood why autographs hold such value with people. Why is a player scribbling his name on something worth money. It’s always been strange to me that just because a baseball player half-assed signed a ticket stub, now all of a sudden it’s worth a bunch of money. 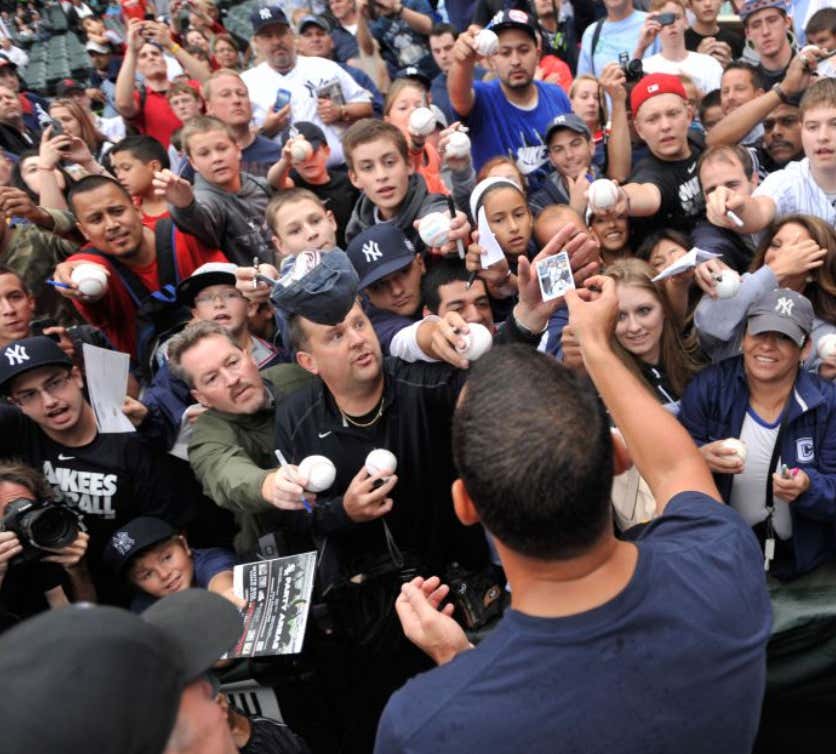 You don’t get to talk to the person, you don’t have any human interaction, you just shove it in their face, they sign and give it back to you, and that’s the entire thing. And then what, you hang it on the wall? You toss into a drawer? And sometimes you don’t even know who just signed something for you. You just have a ball with 5 different very illegible signatures that you can’t do anything with. Very out on autographs. Very out. 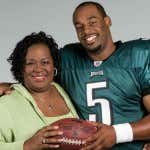