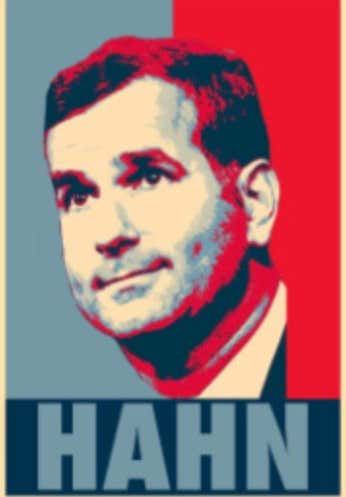 I am in baseball mode.  Football is over, all we have is the NHL and college hoops (fuck the NBA) and there is a foot of snow on the ground in Chicago.  But lucky for Stoolies coast to coast, I recently made a pilgrimage to Scottsdale, AZ for the next 5 weeks and have access to an unblocked www.barstoolsports.com in my office, so I’ll be force feeding y’all White Sox updates and hot takes on the reg for the next few weeks.  Maybe once pitchers and catchers report I’ll even get down and dirty on some #ScoopCity.  Might even go to Home Depot, or Bed Bath and Beyond.  I don’t know.

Anyways I’ll be the first to admit that these rankings, though they do serve purpose, are not the end-all-be-all of player evaluation.  There are a ton of players that are ranked on these lists year in and year out who will eventually become busts.

EXAMPLE: Blake Swihart was once ranked as high as 24th on this same list as recently as 2015 and now can be found playing Winter Ball in the Dominican Republic.  Thank god the Red Sox and White Sox didn’t take my advice when I said the Sox should trade Quintana to the Red Sox for a package headlined by him.  That would have been ACTUALLY BAD.

I have no idea what the actual hit rate on these lists are, and I’m sure there are graphs and charts and equations and shit that measure their hit rates that are composed by people way smarter than me, but I’d guess there are about 15ish players on this list right now that will never step foot on a diamond for an MLB organization, and even more that are considered replacement level players once they do reach The Show.

WITH THAT SAID – the White Sox over the course of the last 14 months or so have built a lot of organizational depth.  Not all of these players will play to their rankings.  Obviously the organizational hope is they at the minimum become at least solid players that can be built around with 1 or 2 studs via free agency, but that’s not realistic.  Some will be all stars and some will be meh.  It’s not a perfect science.  But with the Indians perhaps on the downswing and the Royals and Tigers being trash, the Sox timing for this rebuild was perfect.  So let’s take a look at a few of these players.

It looks like he’s swinging a fucking wiffleball bat!  Insane bat speed… but even better bat control.  He’s short, simple, and he has a great swing plane that will be conducive to generating loft + contact.  He’s only played a handful of games above HiA so far in his pro career, but I wouldn’t be shocked at all if Jimenez forces the Sox hand this summer and he’s inserted into their every day lineup once the Super 2 deadline passes.  That said, they are still afforded a time and patients with him, as they don’t figure to compete for the division in 2019 still.  I don’t think there will be near the learning curve with Jimenez as there was with Moncada, either.  He’s much more polished as a hitter and has a really high floor.  He’ll man a corner OF spot and could be a perennial all star.  Oh yeah, and he has legit light tower power.  Shit is straight out of The Natural

Everyone is pretty well versed on Michael Kopech at this point.  Kid has one of the best fastballs on the planet as we speak in terms of velocity.  The issue with said fastball, however, is that he couldn’t consistently locate it until about June of last year.

An underrated “tool” that is of dire importance in any athlete’s success is coachability.  Often times, a player with Kopech’s physical gifts won’t take to coaching very well and try to do everything on their own.  Not Kopech though – he’s a baseball rat who’s always, always looking to improve in any way possible.  Read this article about a conversation Kopech had last year with Al Leiter during the MiLB Future’s Game last summer.  There is obviously a lot of ‘coach speak’ in it, but whatever was said by Leiter to Kopech obviously struck a cord, because he did this following his Future’s Game performance:

I have it on good authority that should he start 2018 like he ended 2017, he’ll be up after a small handful of starts in Charlotte #ScoopCity.

Health aside, I’d bet both Jimenez and Kopech both are at least solid or better big league regulars over the course of the Sox contending window.  They have at least a few tools that will carry them to better than average players.  Luis Robert, on the other hand, is probably the most polarizing player in their current glutton of prospects.  He has the highest ceiling, as he could be a true 5 tool stud, or he could be the next Junior Lake.  No one really knows at this point.  He could legit be a top 5 prospect on these lists a year from now, or he could fall off them completely.

Fangraphs had a podcast last week that detailed Robert and the White Sox hitters minicamp in Glendale.  Fast forward to the 30 minute mark or so to hear them talk about Robert:

The cliff notes are that during the mini camp last week, Robert had the loudest BP session of all hitters in attendance.  Pissrod after pissrod after pissrod.  Obviously this is BP, but when he’s hitting baseballs harder to to all fields than Eloy Jimenez, we know we’re talking about someone with incredible raw gifts.  I mean, if he were American, he’d be playing WR at Bama right now, not baseball.  Kid’s a genetic freak:

And he has a really nice swing to boot:

Once again, just insane bat speed and control, as well as balance in his lower half.  If I’m nit picking I’d like to see him activate his back hip a little more and drive his back leg through the ball and pitcher, but that’s further down the road.  What matters now is his baseball intellect; if his eye is any good at all, he has a swing that could be conducive to a lot of contact and a lot of contact = a ton of extra base hits with someone of his speed and raw power.

The only question is whether or not he can uhhhh play baseball.  2018 will tell us what kind of path he’s on.  Is he going to rocket through the system like we expect Jimenez to or will he need to be on an elongated development path like Micker Adolfo?  Literally no one knows at this point.  Complete and total wild card, but the tools he possesses are just freaky good

Another high boom, high bust prospect.  Has the ceiling of a really nice 2, with the floor of a reliever.  Big fastball, hammer curveball, but developing command.

Hansen was projected to go top 5, even as high as 1-1 in the 2016 draft, but he had such a shitty junior year at Oklahoma that he lost his spot in the rotation.  But the Sox still believed in his potential and snagged him in the 2nd round, and after a making a few mechanical adjustments with him, he’s absolutely fucking dominated pro ball the last season and a half:

I’d imagine Hansen will start 2018 back in Birmingham, end in Charlotte, maybe have a cup of coffee as a September call up at the end of this year, then be on a ‘Kris Bryant’ service time path in 2018, should all things go according to plan.

These four players are the creme de la creme of the White Sox prospect crop.  That doesn’t even dig into Jake Burger who I think is going to rake in pro ball, a toolsy Blake Rutherford and Micker Adolfo,  top 100 ‘spects Dane Dunning and Dylan Cease, Zack Collins who has a Frank Thomas eye at the dish, and about 4-5 other guys who possess very nice ceilings.  This is a great, great time to be a Sox fan.

50 games left. FIFTY BAD BASEBALL GAMES LEFT.  That’s what White Sox fans have to endure until it’s full steam ahead at a decade straight of AL Central dominance.  They’ll probably finish the season with 75ish wins, which is obviously nothing to write home about, but there is insane talent about to trickle into the South Side.  Let’s get it on!!!

Shit ton of more Sox content to come, and Red Line Radio season 2 is starting up in just a few short weeks.  Huge shit planned for that as well.

If any of you inbreds have any qualms with what I’ve just written, then @ ME