Well that guy’s dead. RIP in peace. He will eternally lay on that exact spot of the floor for the rest of time as people just walk around his corpse whenever they go into this restaurant or bar or whatever it is. Two chihuahuas decided to bark at a rottweiler, the white hat chihuahua ran away after he realized he bit off more than he could chew and the black hat chihuahua paid for the sins of everything bad that has ever happened in that rottweiler’s life.

All things considered, that was the most vicious chokeslam I have ever seen. More brutal than anything The Undertaker, Kane, or The Big Show have ever unleashed. Even the floor in this video looks like the old cement floors that would appear when a wrestler really wanted to fuck up his opponent and removed the padding on the outside. If you got slammed on that floor, you were off of TV for 6 months, minimum. The only thing missing from this video was Jim Ross losing his shit at the horror of the chokeslam. Actually lets fix that.

If you rewatch the video in slow motion, you can actually see the exact moment this guy’s soul left his body. 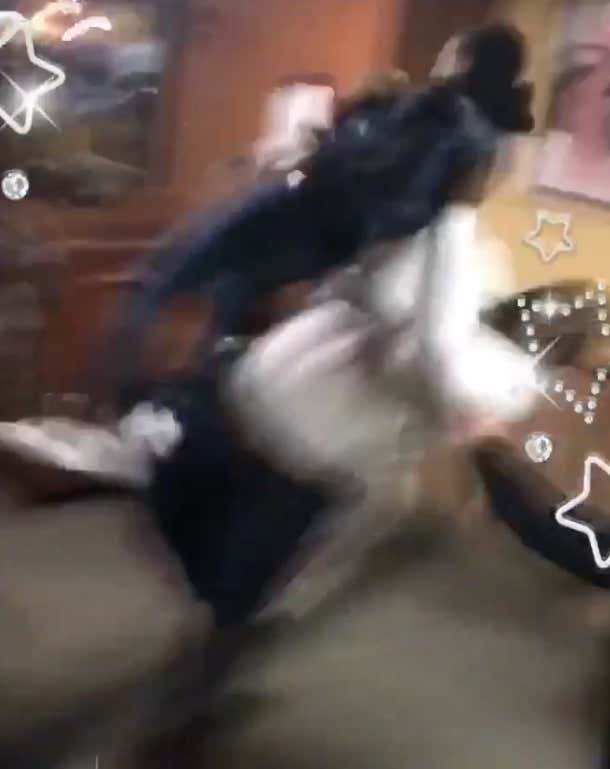 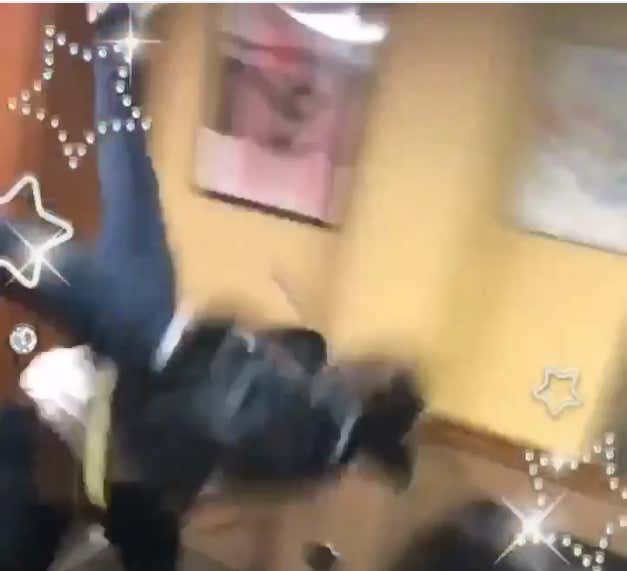 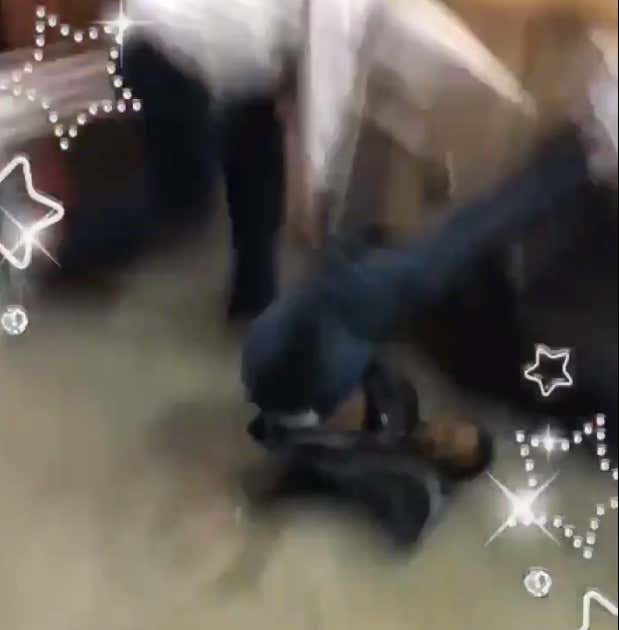 I’d also note that when this guy went limp in mid-slam, he looked just like the fake LenDale White dummy that was thrown off the roof at USC back in the day as a prank by Pete Carroll to keep the team loose. But there is sadly somehow no longer video of that on the internet and it makes me very sad. Still the weirdest prank ever. “Haha our stud running back didn’t really just jump off the roof and kill himself over an argument at practice. You’ve been X’d, punk!”