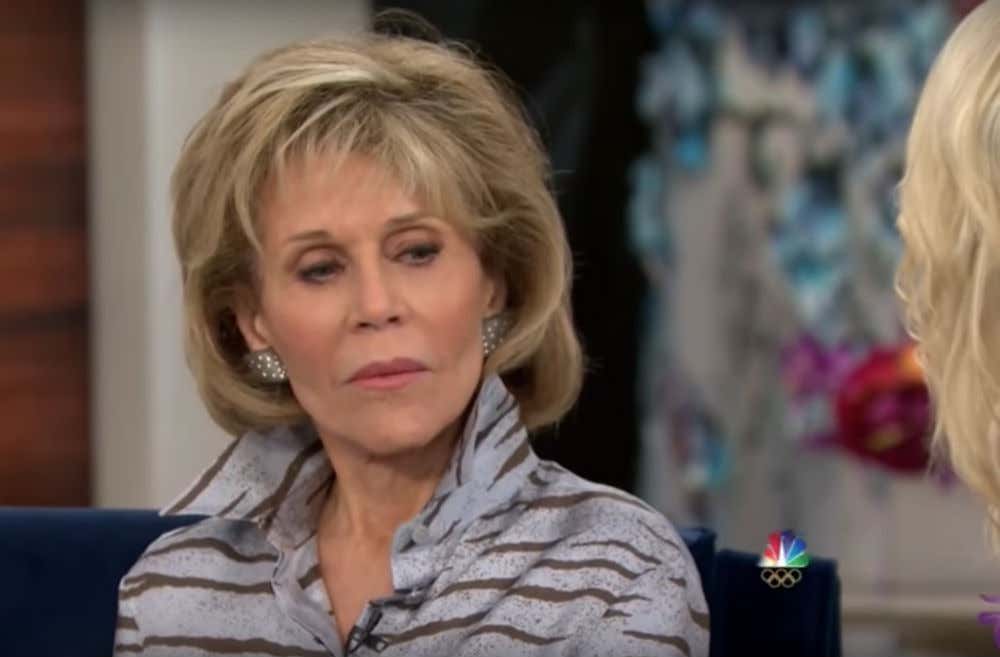 I have great news — there is an ongoing war between Megyn Kelly and Jane Fonda’s plastic surgery and it is BY FAR the best war going. It’s cat fight city with a couple ladies with access to huge platforms. It all started a few months ago when Kelly had Fonda on to talk about her new movie and, naturally (lol puns), she started the chat by asking Fonda about her facelift.

As you can see, Fonda did not take kindly to this and showed that both on the show and in subsequent interviews. Kelly didn’t respond to the criticism and backlash she got until yesterday, when she delivered this roasting of Fonda.

Megyn Kelly was not on the air today and several folks (largely leftists but not exclusively) are not happy about her segment.

"The View" eviscerates Megyn Kelly for Jane Fonda attack: "How much work have you had, bitch?" https://t.co/k4DRo34Lrh

Megyn Kelly is a moron – spineless wanna be barbie – she sucks and so does her show – #jane https://t.co/VjfIKOiKIv #usuckmegyn

Rosie O’Donnell sucks but you get the point. No chance this war ends there, and I’m here for all of it. The true genius of Dave Portnoy will shine through if he finds a way to pit real celebrities against each other in Rough N Rowdy. Megyn Kelly against Jane Fonda? Next level stuff. And honestly I think I’d have to take 80-year-old Fonda?