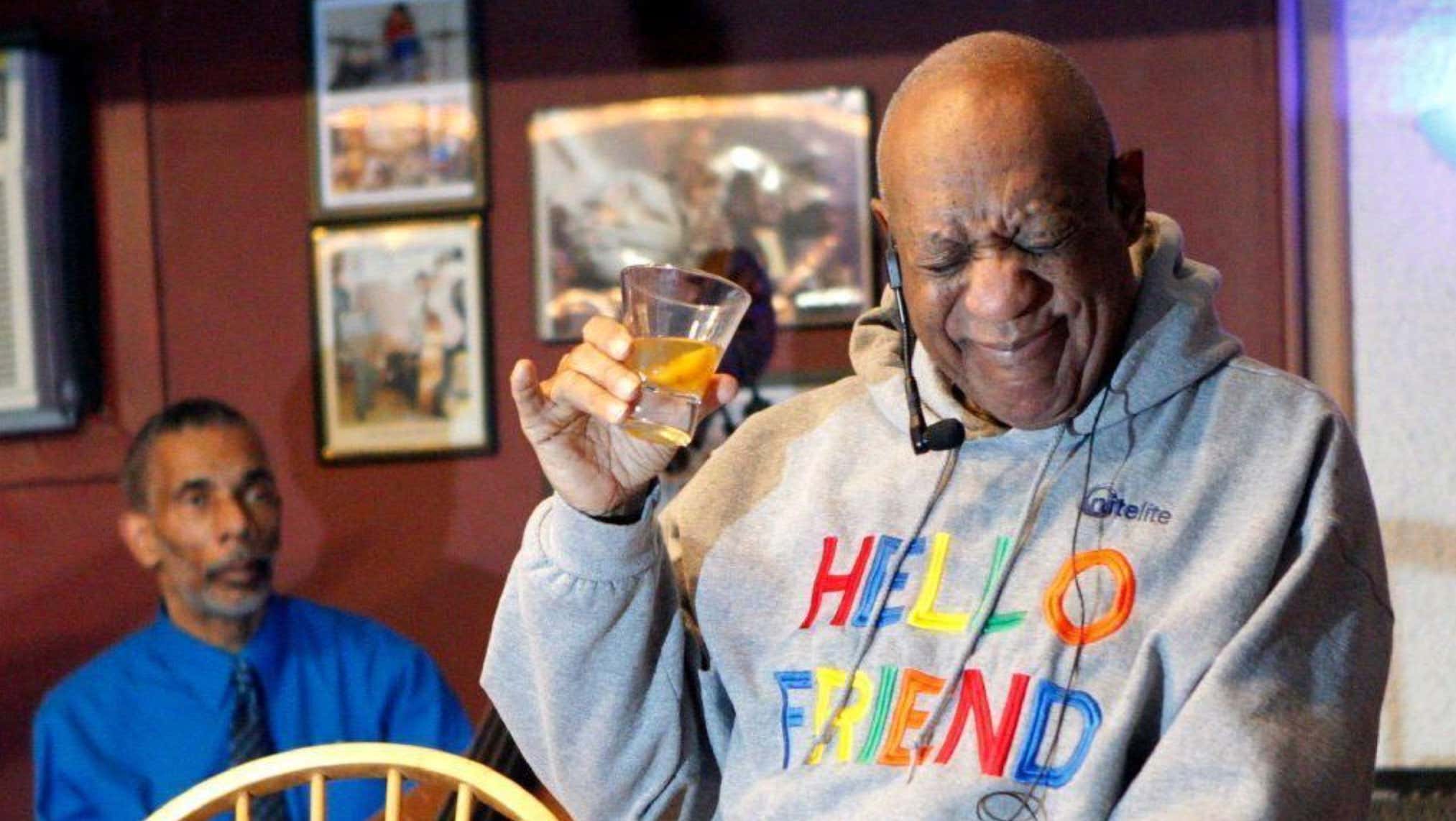 NewsWeek- Not funny. Accused rapist and one-time American TV legend Bill Cosby performed a comic set with new material on getting older and going blind on Monday night at Philadelphia’s LaRose Jazz Club. Cosby’s standup was part of a variety performance in honor of jazz musician Tony Williams, and he also engaged happily with the band behind him, scatting along with the music and briefly playing the drums. He joked, “I used to be a comedian” in the hourlong set, as he wore his trademark “Hello Friend” sweatshirt.

One of his jokes was about his own loss of vision, according to The Morning Call, a local paper. “Let me tell you something about people talking to blind people, you sighted people,” Cosby said. “If you see a blind person walking into a pole or something, if you speak perfect English, there’s a word called ‘Stop!’ Not ‘Whoa, whoa, whoa, whoa!'”

How about the fucking balls on Cosby, huh? I couldn’t believe that headline when I read it this morning. Just an absurd combination of words strung together to form a real thing that happened. Bill Cosby Returns To Comedy Before Rape Retrial. Crazy. Cause you know what makes an impending rape retrial where you’re accused of drugging and raping DOZENS of women sting a little less? A few laughs. A few chuckles. A few giggles. A few set’em-up-and-knock’em-down one-liners. Good ol fashioned comedy from (alleged) rapist William Henry Cosby Jr. The shirt with “HELLO FRIEND” scrawled across the front is by far the creepiest part. Woof.

Did people actually go? That’s the real question. I’d like to know who those people are. Cosby is obviously a delusional fuck but who’s scrolling through SeatGeek (promo code FORE for $10 off your first purchase) and is like, “Oh damn! Cosby is perfuming tonight! We gotta go! We gotta!”? Although I feel like there’s a certain demographic who still really believes that Cosby isn’t a monster. They still think of him as Cliff Huxtable. But still, that’s not a show you wanna be seen standing. You know when a Mexican cartel boss finally gets caught after years on the run and covers his face with a jacket as he’s getting led past the media on the perp walk? That’s how anyone who went to that show last night had to enter and exit. Head down, jacket up and sprinting to and from their cars.