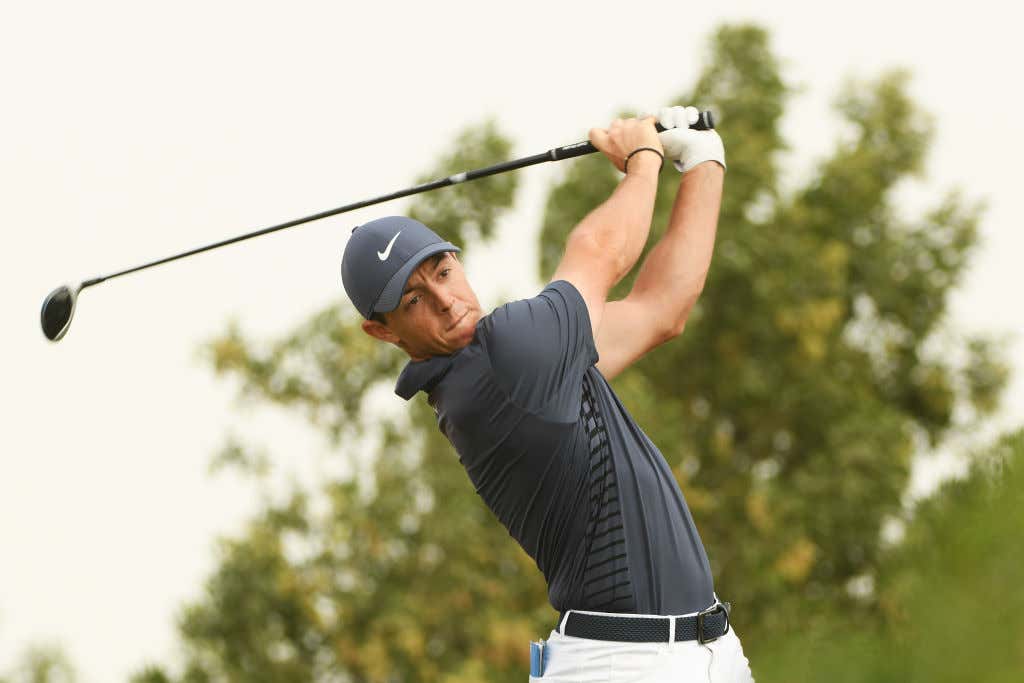 Rory McIlroy is not fucking around this year. Following a shitty 2017 on the course and 3 1/2 months off, he rolled into Dubai*, announced he may play 30 events this year, then looked great inside the ropes. No, he didn’t win but he did finish T3, 18-under, and was in the mix right out of the gate in his first tourney since October. The golf world is of course most giddy about Fusion Boy’s return, but Rory is mounting one of his own and it’s not to be taken lightly. He hasn’t won a major since 2014. He’s never won the Masters. He didn’t win a single event in 2017. He’s oft accused of complacency; well, looking at his recent comments, his schedule, and his form in Dubai, it’s becoming very clear to me that Rory is going to have a BIG YEAR in 2018. He’s on a mission. He wants to win the Masters BADLY, and he’s clearly crafting his spring in manner that appears to be an all out assault on Augusta National.

Rory’s most glaring issue last year was the putter. He finished 140th on Tour in strokes-gained putting, not good. Well, his putting stats weren’t phenomenal this week but the stroke looked fluid, he was rolling it with solid pace, and his Friday eagle on the 18th which vaulted him into contention absolutely made it move.

Here are some more Rory highlights because it’s simply fun to watch him playing again.

There’s lots of of DJ talk, of Tiger talk, of Spieth, JT, Rickie and Rahm talk. Don’t forget about Rory McIlroy. He’s the most accomplished of the group with 4 majors at the age of 28, and I sense he’s hungry as hell coming off a poor 2017, a near 4-year major drought, and watching several of his peers stacking up accomplishments.

2018 is going to be a BIG year for Rory. I predict a major and 3 wins on Tour, which is great because he’s the most compelling to watch of this generation.

*Abu Dhabi not Dubai. Little mix up situation. They’re an hour away but pretty different, which I know because I’ve been there.