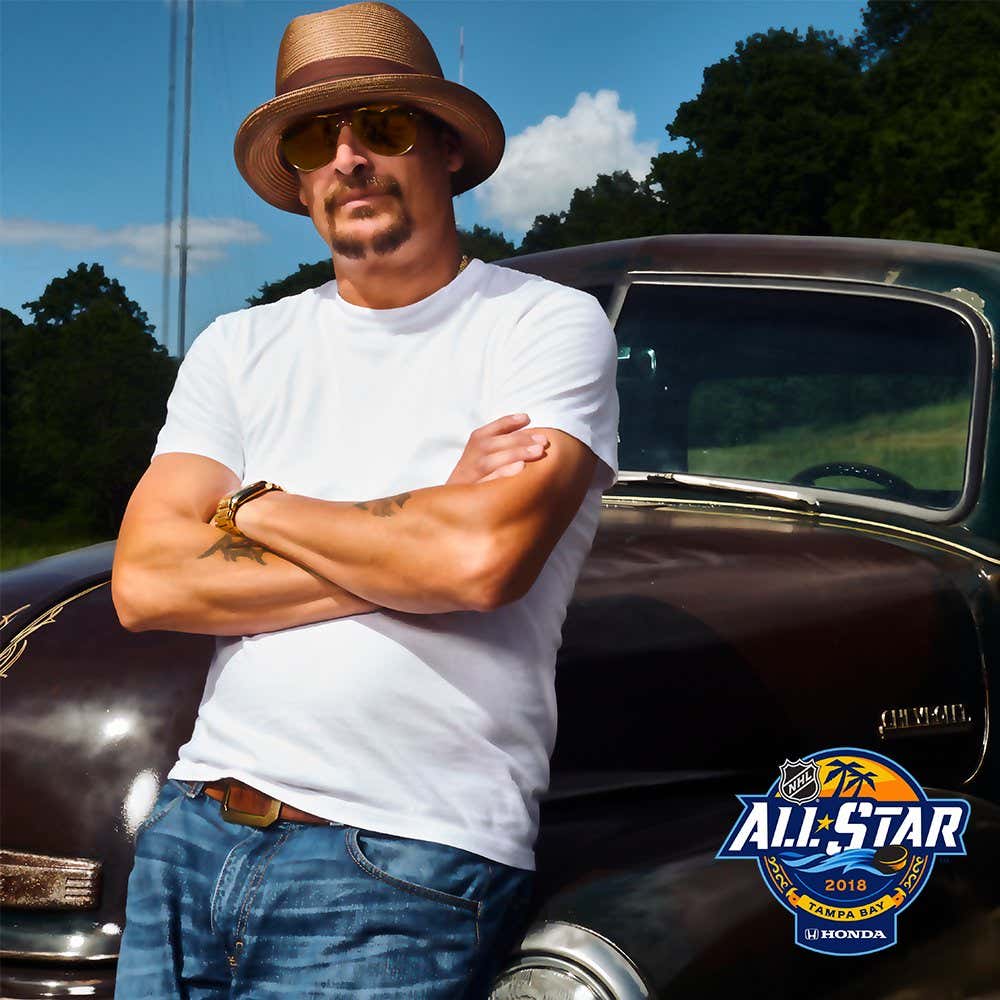 Talk about a fucking get! Last year the NHL had Snoop Dogg perform at the All Star Game in Los Angeles. The few years before that, they’ve had some sort hybrid between Mumford & Sons, Fall Out Boy, and some Canadian band that you’ve never heard of before. And this year the National Hockey League has landed THE Kid Rock to perform at one of their premier events and it’s just a subtle reminder that in the world of entertainment, hockey still reigns supreme.

What’s perfect about this move is that it signals a real shift in the sport of hockey. For far too long, you goofy Canuck bastards have owned the game. It’s been Canadians and Europeans running the show for long enough. It’s about time we get an American Bad Ass out there and remind everybody that the Americans are here to stay. I just hope Gary Bettman worked his rat wizard magic and put some sort of stipulation into the contract here that forces Kid Rock to strictly play hits from the late 90s, early 2000s. All this shit after 2001 honestly can get out of here. If we need to, we can dig into 2007 and grab some songs off of Rock n Roll Jesus. But I want Devil Without a Cause Kid Rock. I need Cocky Kid Rock. This is a once in a lifetime opportunity for Kid Rock to really captivate an audience in Tampa Bay, Florida that isn’t currently inside of a strip club. Truly and untapped market for the soon-to-be senator.

Now let’s throw on some heaters and get frickin’ AMPED up for this performance. Also RIP Joe C. Gone but never forgotten.