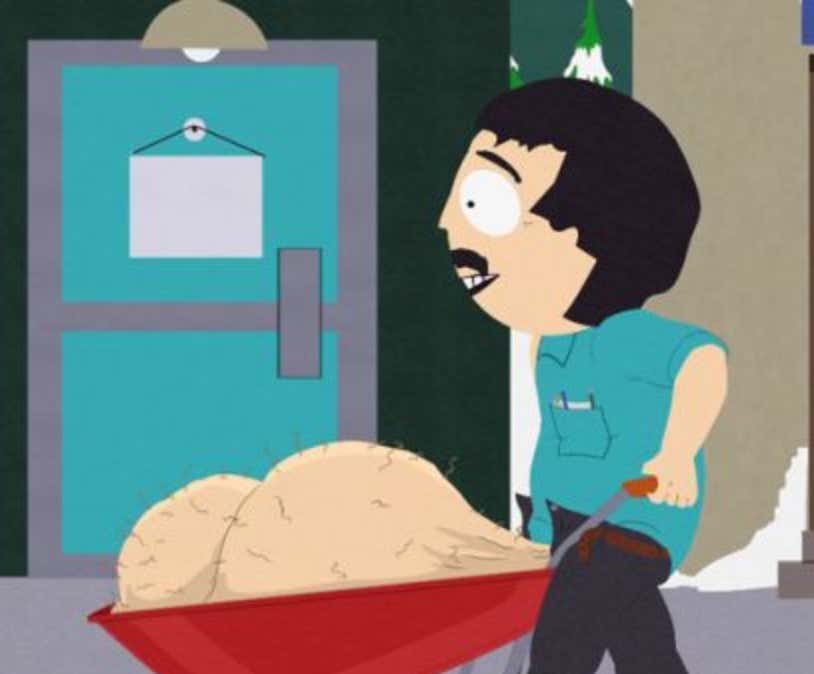 NY Post- A man’s testicle “exploded like a volcano” after he got a rare disease on vacation.

David Worsley, 59, caught African salmonella, a strain of the infection which was confined to his genital area, in Tunisia.

The grandfather was in agony as his privates swelled to ten times their normal size when he got home.

“After the holiday, my testicle had swollen to the size of a grapefruit and it was so heavy it was like it was made of glass.

“When it finally exploded I felt fantastic. It was such a relief.

“It literally went bang. When the doctor saw it later she said that it was like a volcano exploding. But it was such a relief because the pain had been so bad.”

“It has definitely affected me psychologically, it’s a big part of being a man that has gone.”

Very strange story here. Old man Worsley went to Africa, where he caught African salmonella, which caused his testicle to explode like a volcano. But here’s where I get confused. He says that when it finally exploded, it was a huge relief. Dude… your testicle exploded. I don’t care how much pain you were in; if my testicle were to explode like a balloon, I would be like… oh man. This is so bad. Not “thank goodness! Always thought 2 was too many.” But I’m not old-man tough; I’m a little bitch who enjoys the two-ball game.

Salmonella has been on my mind lately. Yesterday I tweeted this:

Another classic Francis tweet. A completely random thought, no connection to anything, that tons of people find relatable. 65 retweets, 529 likes, and 23 comments? Clearly, lots of people agree that salmonella is a myth and that my tweet about it was extremely funny. You’re welcome, followers.

By the way, if you’ve ever wondered how I come up with my tweets, picture one of those lottery machines that spits out a random balls. But instead of numbers on the ball, there are thoughts. Random, stupid thoughts. Every so often, you get a winner. Most of the time, you don’t. I’m shooting from the hip, wearing a blindfold in a pitch-black room. Some people don’t like my strategy because, for some reason, it upsets them. “How dare you make me read something I don’t find funny?” they type with one hand, furiously masturbating with the other. To these scholars, I apologize. If only there were a way for them to avoid seeing these horrible jokes!

It reminds me of when I’m watching TV and a show comes on that I hate. I sit there, growing more and more angry, helplessly glued to the program. “FOR FUCK’S SAKE, THIS SUCKS! MAKE IT STOP!” Sure, the clicker is within reach, and sure, I have a cable package that includes a billion other channels. But people need to know how unhappy I am. Right? Right guys?