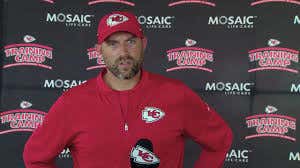 This is the man that is going to bring the Bears back to our Dynasty year of 1985. Matt Nagy is so good that the terrible Alex Smith looked slightly competent at times. If you know how I feel about Smith you know that it takes a lot to give him a compliment like that.

Now Nagy inherits a Bears team that is on the cusp of greatness.  Nagy working with Trubisky should bring Mitch up to a Pro Bowl level QB in 2018. Mitch’s progress was great this season but Loggains suppressed his development. Under Nagy’s tutelage the Chicago Bears will finally have a franchise QB for the first time since we drafted McMahon in 1982.

The big thing will be whether or not Nagy can convince Vic Fangio to stay on as the DC. If Fangio bolts for the Packers (he’ll suck there) then hopefully Nagy puts in a call to the Ryan Brothers or possibly Mike Singletary. In any of these scenarios the Defense won’t skip a beat. 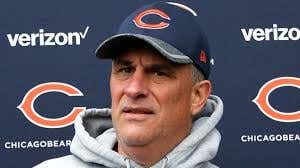 A great man named Mike Ditka once said, “Before you can win, you have to believe that you are worthy.” I believe with the hiring of Matt Nagy the Bears will be worthy for years to come.