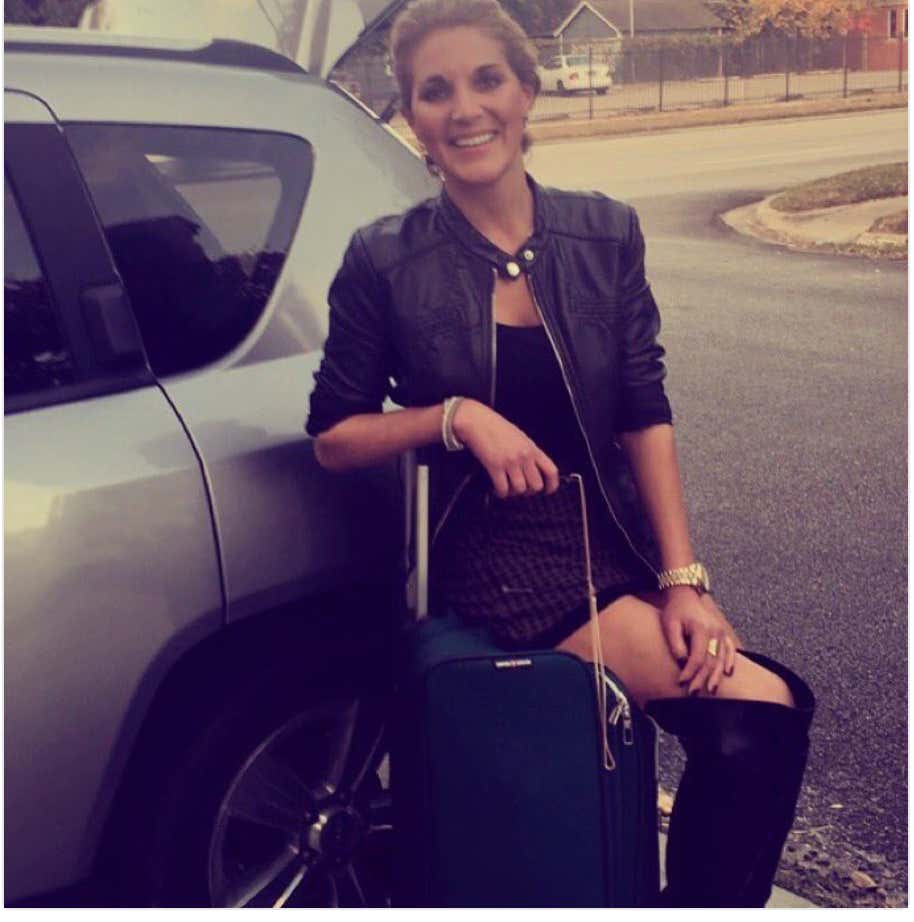 Courtney Roland, 29, a sports reporter for AggieYell.com, was last seen around 5:40 p.m. walking alone in a store in the Galleria mall, polcie said. She was wearing black pants, black shoes with orange shoe laces, orange hat and a camouflage jacket, according to investigators.

Terrifying story that started circulating around Twitter yesterday afternoon.  A missing persons report has been filed for Courtney Roland,  a college football reporter from “AggiesYell,” part of the Rivals network, after she said a suspicious man was following her home from a day at camp and then hasn’t been heard from since.

Roland’s roommate told KPRC that Roland texted her about a suspicious man she saw in Walgreens who was following her.

The roommate said she and Roland were supposed to meet up, but the roommate didn’t hear from her again.

Roland’s mother said that on Sunday she received a text from her phone saying, “hello the owner of this phone Courtney. I am buying an iPad.”

The roommate also said Roland’s vehicle was broken into six weeks ago and she’s been on high-alert since.

If there was ever a chance to show the redeeming qualities of Twitter and social media, this is it.  The amount of support and retweets and traction this is getting is insane, and the more eyes that are on it, the better.

Thoughts are with Courtney and her family and hoping she’s found safe and sound. 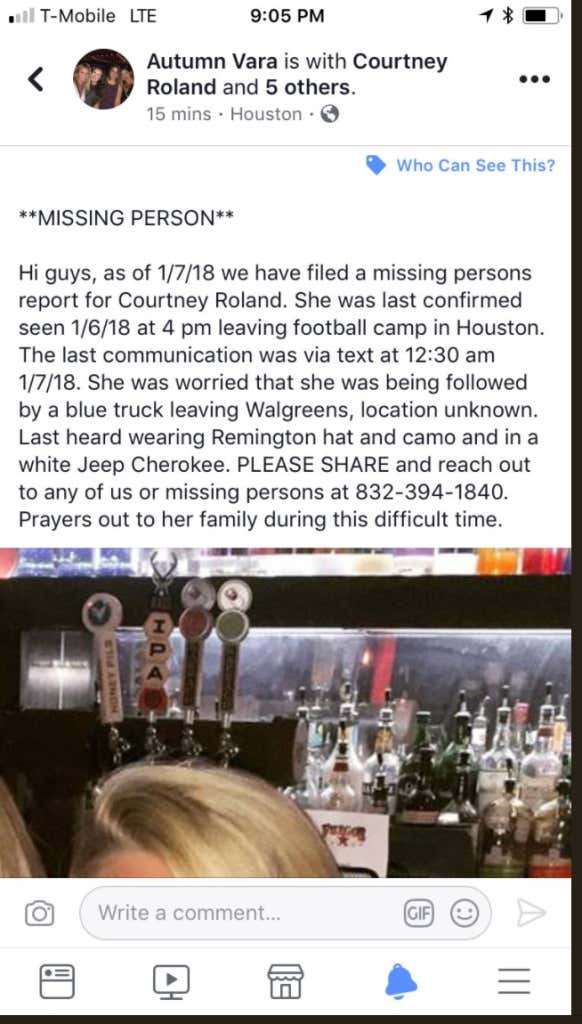