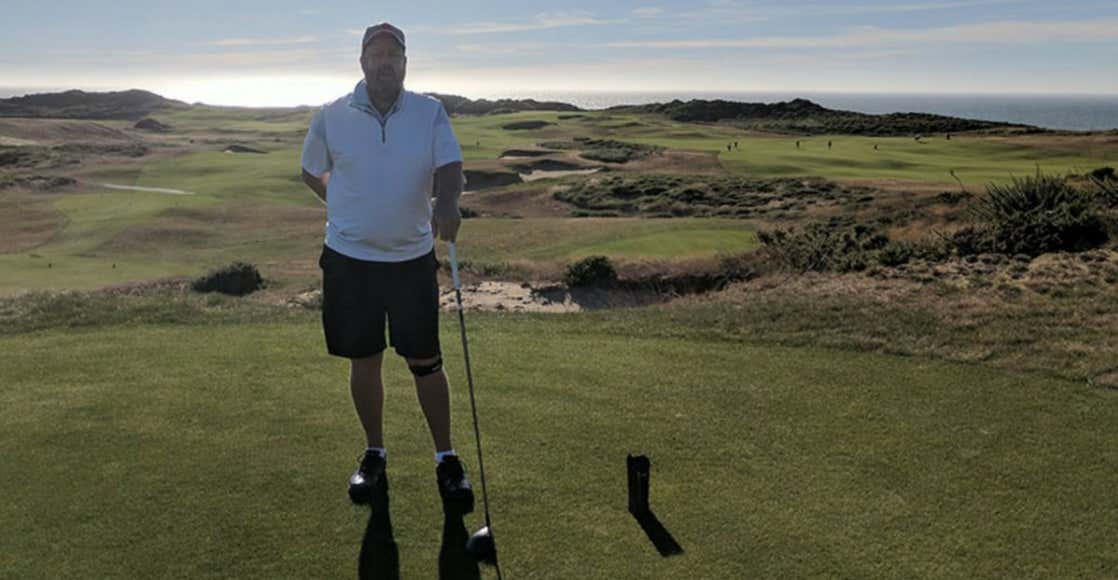 So a few weeks ago I got this email.

First of all, I love the foreplay pod. It is actually the first barstool related thing I started following regularly. Now I’m fucking hooked. I’m a total stoolie. Dave should give you and Trent daddy some bonuses!

Anyway I have a great story for you. Let me set the stage first. My uncle is a 61 years old successful businessman, he has owned his own insurance agency for the past 30 years, and nearing retirement. He has belonged to one of the nicest country clubs in Omaha since I can remember, owns a second home in Phoenix just so he can golf in the winter. He has a standing 3pm tee time every afternoon at his club. He is a total stick (0-1 handicap).

So, he gets paired up in some member guest (or something similar) with a local small college coach (Bellevue University a NAIA school).

Throughout the round my uncle and the coach start chatting it up about being a golf coach. The coach starts saying it’s super hard to find guys to fill out all their scholarships every year (I’m sure Bellevue University doesn’t have a huge recruiting budget). Every year he has like two open full scholarships. My uncle says jokingly, “shit I’ll take one.”

The coach dead serious asks if he has any eligibility left.

My uncle only went to two years of college in like the late 70’s. So according to NAIA rules he has two years of eligibility left.

He starts having second thoughts about this because he will have to go to class and workouts and all that shit that comes with college athletics. The coach reassured him that all he needs to take is 9 hours a semester and all can be taken online and that the workouts aren’t hard at all. Plus, he will get the opportunity to play some awesome courses. I think last year they played at whistling straights for example.

My uncle said fuck it! Let’s do it! He officially becomes part of the team next semester.

So last weekend he’s telling us all about it. Here are some highlights:

He was telling us how the workouts are going. He says each day the players take turns plugging in their phones to the sound system. Every other player chooses hardcore rap, I mean they are 18-22 year olds. My uncles turn came up… he chose the eagles.

The school is sponsored by Adidas and the rep came to fit the players for their gear. According to my uncle the gear the rep put them in is “rickie fowler like” skinny pants and tight fitting shirts, my uncle is 6’4 probably 250-275 ish… not super fat just a big dude… the rep looked at him and was like… “I need to call adidas corporate to see if they can specially make some pants for you in this style that might fit you.”

The NAIA called him last week and told him that they checked with the NCAA and they have come to the conclusion he is the oldest scholarship athlete in the country. He’s wearing it with a badge of honor.

He keeps telling my aunt if she’s lucky she will get some from a junior in college tonight… I found that kinda hilarious.

Just thought this would be a great discussion with Trent and Frankie.

Sorry for any grammar mistakes. I’m my phone and my kid is screaming in my face.

I read it and laughed. We discussed it on the podcast, but with the caveat it could be fake. People send us all kinds of shit — honestly, with The Eagles, the chirps at the wife, the special fucking pants, it just sounded too perfect. Sounded fake. 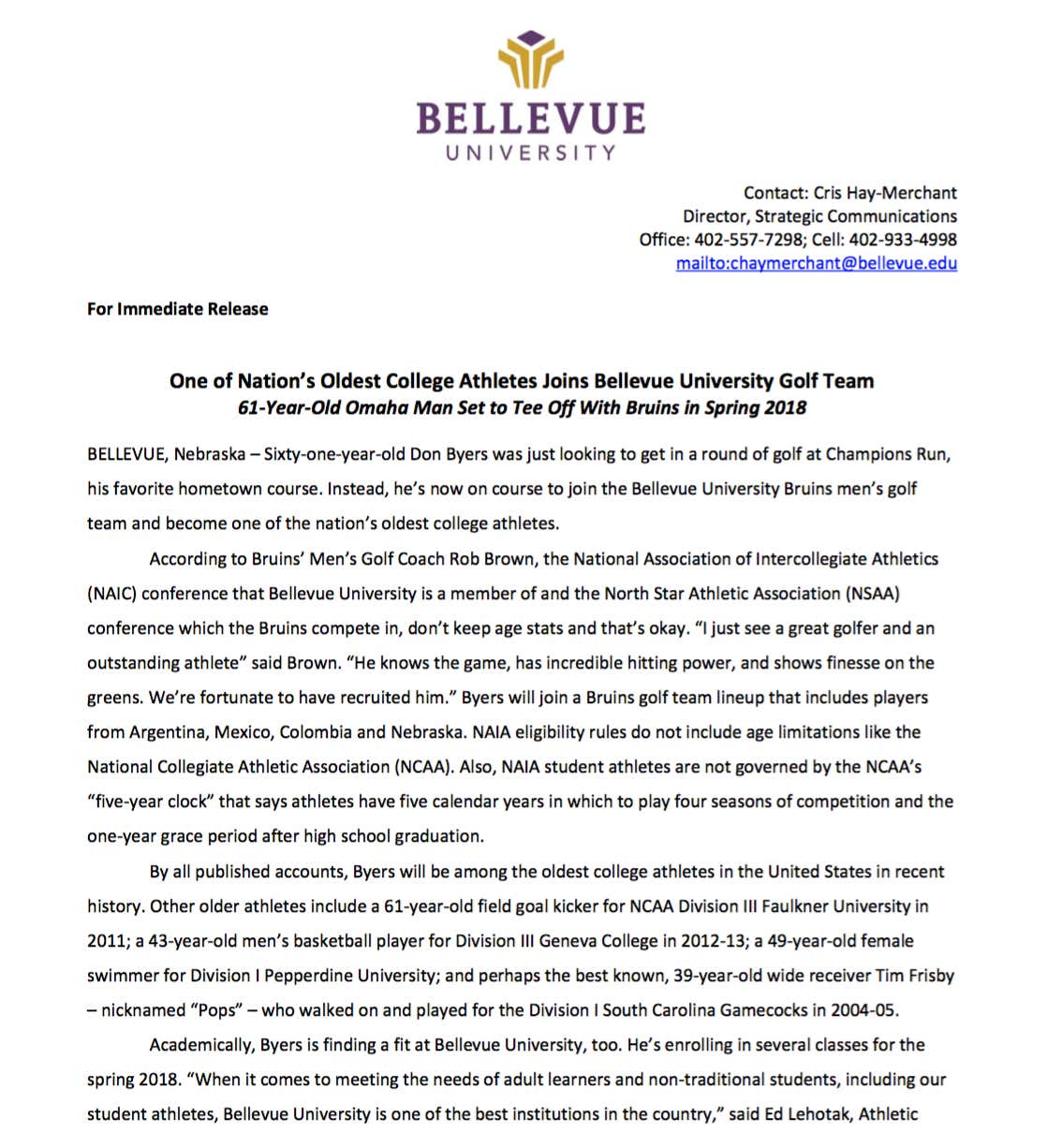 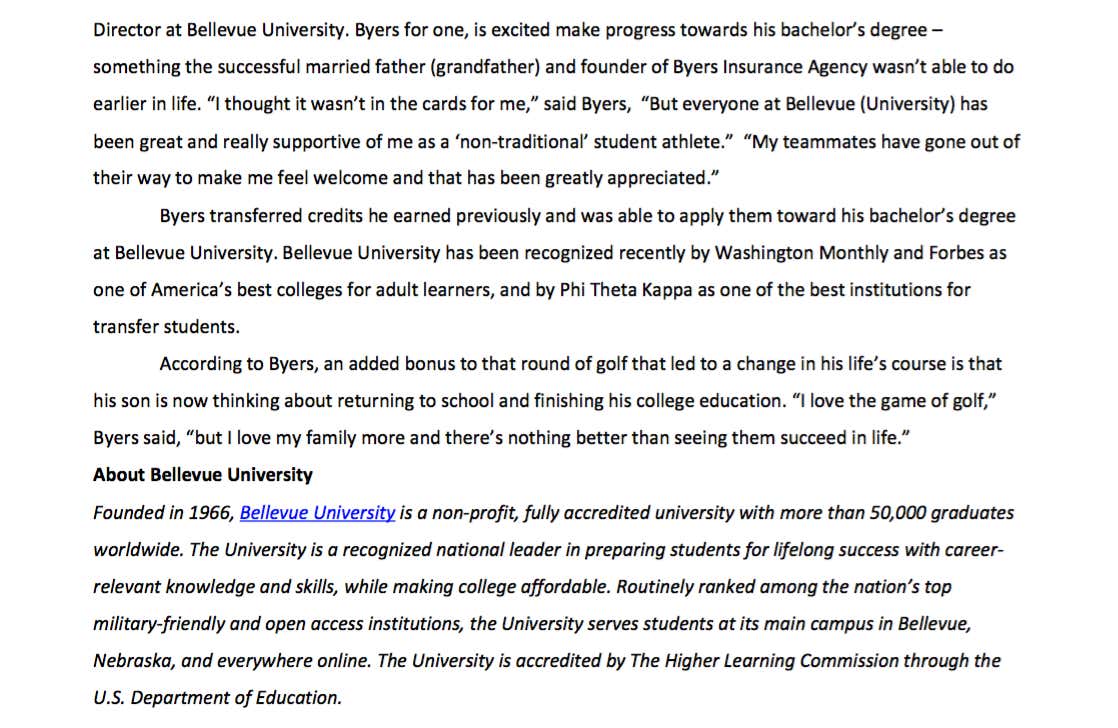 Is anyone gonna have a better 2 years than this dude? Going BACK to college after decades on the real world grind. To play golf. Not a single concern about a career or money or grades. Amazing. What a goddamn legend this guy is. He HAS to move into the dorms right? Get away from the wife for a couple years to just chop it up with the guys and play some golf? What a dream.

He will be on the podcast ASAP.