Chaps: Is This Pumpkin Tryin To Get The Pipe?
Original Post Date: October 9, 2017 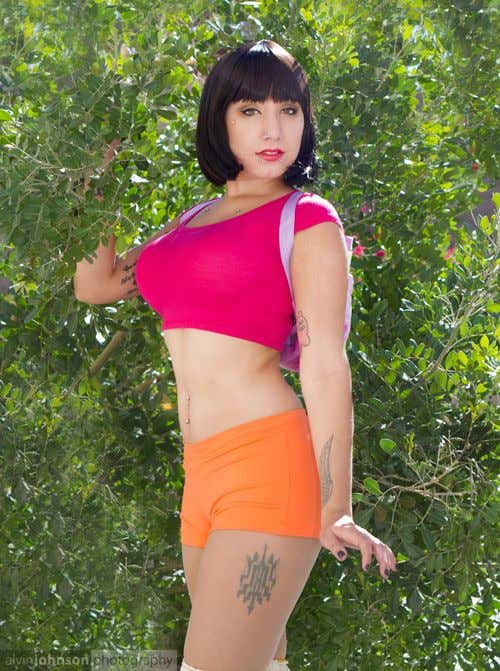 You walk into a Halloween Party and your lady friend is dressed like Slutty Dora The Explorer (not slut shaming. Those are her words, not mine. I find the name offensive!). She saunters off to the punch bowl to “get lit enough to forget about the ride over.” You had another one of those fights where she accused you of having eyes for other women. You hadn’t even gotten to the party yet and you’re catching shit for looking at other girls’ tits and whatnot. How is she gonna get mad about something before it even happens? I mean, you cant look at tits but she can have hers out for the world to see. She’s one aggressive macarena away from a full-out nipple slip.

You have a feeling this will end up being one of those nights where you just end up arguing because Dora cant hold her booze. She’ll end up saying things she regrets and you’ll begrudgingly accept her apology. You’ll know it’s time to move on, but you wont. You’re scared of being alone. Who isnt? Fuck.

You take a trip outside in order to rip a couple of hoons to take the stress off. 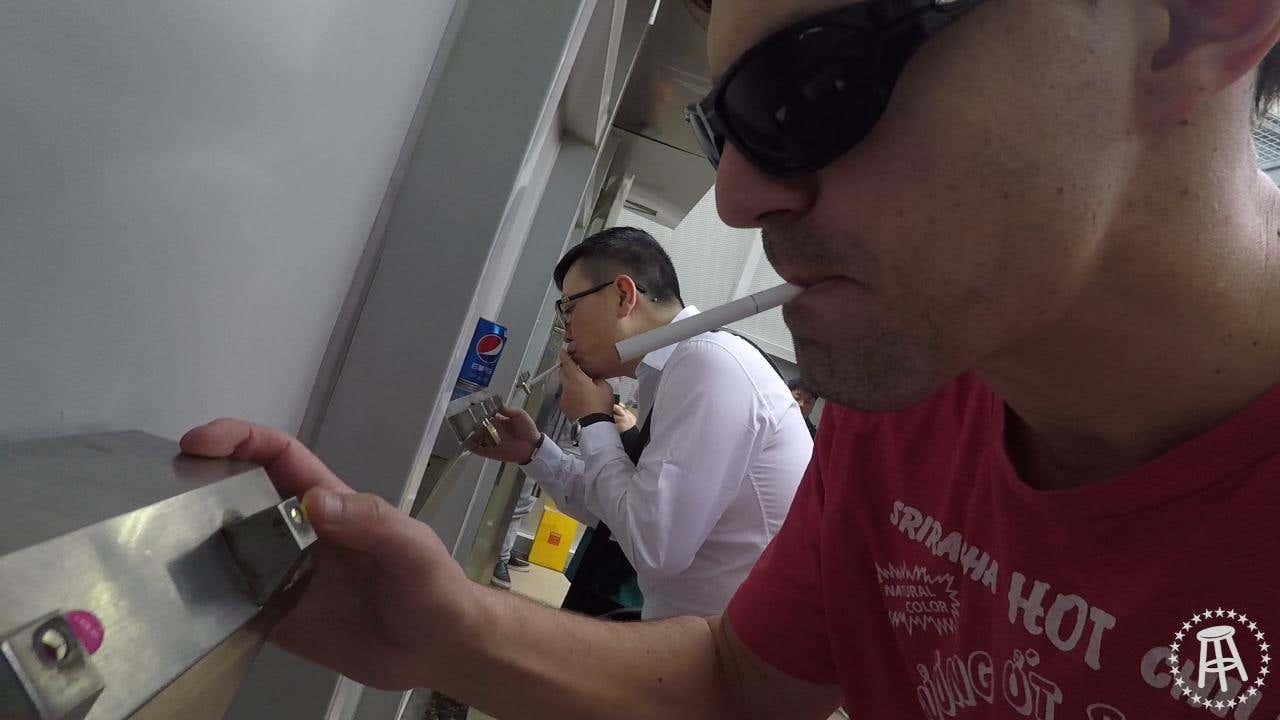 You look over mid-rip and see this pumpkin giving you this look and you immediately lose your breath. Dont worry. You brought your inhaler. Puff puff fucc? You tell me. 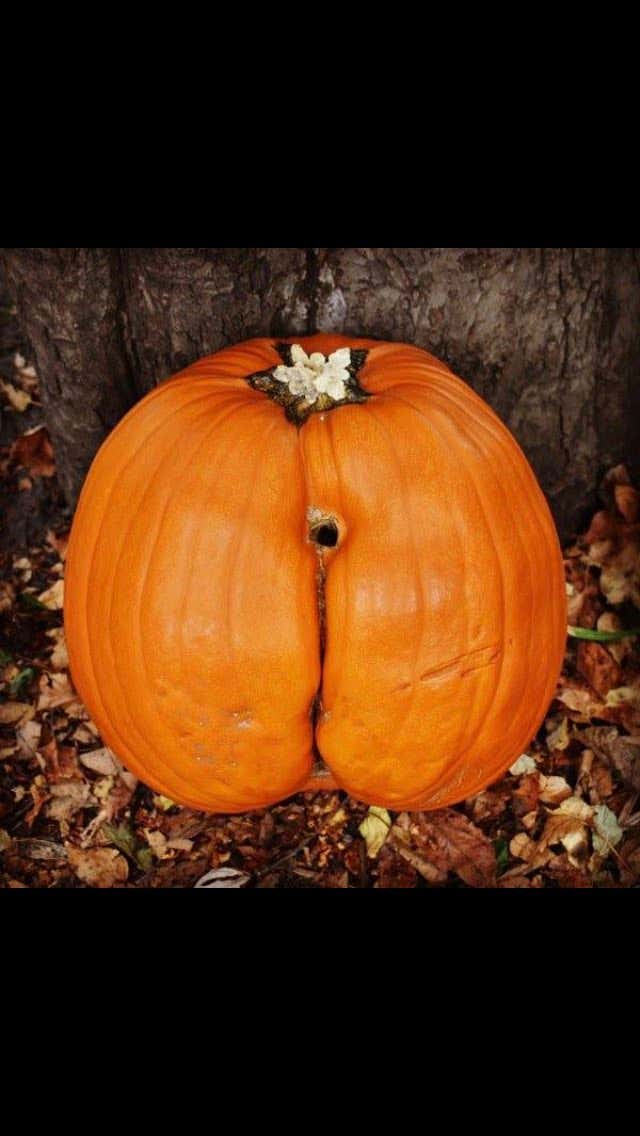 That pumpkin is lookin thiccer than a bowl of oatmeal and you cant wait to get in them guts. You go up and start talkin to the pumpkin. You laugh at everything it says. You exaggerate your giggle because you know it’s cute as hell and nearly irresistible. You’re flirting. It’s obvious but the pumpkin doesn’t mind. You feel drunk. You should have eaten. That oak and ginger is hitting you harder than you thought it would. You have your hand on the pumpkin’s crack and Dora comes outside.

She fucking loses her damn mind. “You were about to give that fucking pumpkin the pipe! I know that look!” Speechless, you slur, “you tell me.” It makes no sense but it enrages her. While yelling at you, she realizes that she needs to calm down. She takes out her e-cigarette and takes a long pull. She finally comes down just a little bit and releases a huge cloud.

“We get it, bro. You vape.” Everyone outside erupts into uproarious laughter.

Embarrassed, she storms out of the party and you just laugh and high five your new friends. After she leaves, you go back to find the pumpkin and it’s gone. You ask everyone where it went and finally, someone says they saw it leave with Billy. Fuckin Billy. At first you’re upset. You missed your chance but then you come to your senses. It’s Saturday which are for the boys so you just tie one on. And tie one on you did.

El Presidente: The Internet Is Now Mad As Us For Asking Whether This Pumpkin Was Trying To Get The Pipe

I LOVE THE INTERNET!   The only place in the world Jemele Hill getting suspended and Pumpkins getting the pipe can be mentioned in the same sentence.  Hey twitter never change! 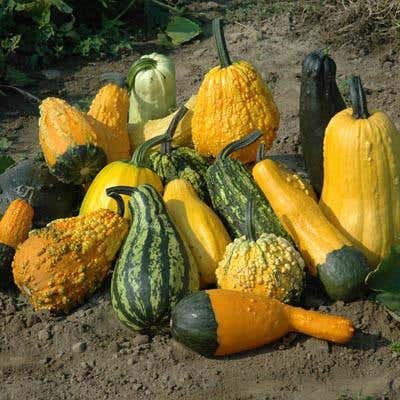 Yesterday I made a grave mistake. Yesterday I insinuated that a pumpkin was, as I so tastelessly described it, trying to get the pipe. I realize now that this was a mistake. I did not realize this on my own but rather with the help of some pointed advice from some extremely wise folks.

I apologize for insinuating that I would fuck a pumpkin. *Extremely Barack Obama voice* let me be clear,

I have never and will never stick my privates around or near a pumpkin. I encourage you all to do the same. Ladies, don’t scissor pumpkins either. That’s equally as offensive. In fact, I would charge you to stay away from pumpkins this fall season altogether.

I know what you’re thinking. “But Chaps, what if a pumpkin is lookin like a tall glass of water in its Bumble profile and contacts me first?” Too risky. These are trying times. “Trying times indeed, Chaps! Very frustrating!” I know. I know. We will get through this. We will overcome.

Lastly, if anyone knows this specific gourd, tell it to call me and also Sup. 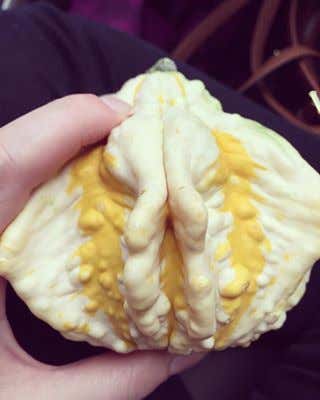