Being not allowed to go somewhere is actually cool. Wether its a party in high school, or to third base until your 28, sometimes being the bad boy outsider is preferable to being an elite ivory tower insider. So technicaly having my Superbowl media credentials revoked was the best birthday present of all. (Yes its my birthday thanks for asking thats so nice of you to remember that.)

So while its a big week for January birthdays, its a even bigger week for insaneley rich totalitaran gingers treating the media like the opposition party. Roger Goodell depsite being a very handsome slef-made man who rose to the ranks of NFL Commissioner depsite the fact that only one of his parents was a United States Senator, chose to pull all of our credentials for Superbowl-related events. Not only are we not aloud to go on radio row, but that also meant yours truly would not be permitted inside Opening Night, which is what they use to call Media Day back in the day when it was great again. It also meant that I was on the “terminate on-sight” non-warrant kill list for Goodell to send in one of his pro bowl drones to take me out if I was caught. Talk about a thrill.

HOWEVA: (Stephen A Smith voice) If you think that you can keep me out of your event simply by not allowing me in, your in for a rude awakening. I have a fullback type mentalty where I LIKE contact. I see a obstruction and I stick my nose in there and get to work. Being blocked by the NFL meant that I just wanted to get in even harder. I dont need a fancy camera, a sound guy or deoderant like these hoity-toity media wusses. Give me a iphone and a crease to sneak by and thats all I need. Dont let anyone ever tell you you cant do something.

I wont tell you how I snuck in, but I will tell you that Im a big of a chameloen- master of disguise type guy.

As for the actual questioning- I was focus on my first amendment, but Tom Brady seemed to only care about the 5th. Right before me someone asked his opinons on everything going on in the world and Brady repsonded with “what’s going on in the world?” I believe him when he says he dosen’t know whats happening outside of his own brain. Belichick would probably fine him if he visited CNN.com. Think about the GOATs like Cassius Clay Curt Schilling and Lou Alcindor- they had a singular focus on sports and thats why there all heros. But I thought maybe I could tie some geopolitical espianoge in with football, so I asked him about the theory advanced by Sports Pickle and others that Tom Brady had been supporting Donald Trump so that the Patriot’s owner Mr. Kraft could get his ring back from Vladamir Putin. It makes all the sense in the world. If theres any team that woud have extensive kompromat and illicit video survellence on others its definitely New England.

Edelman- honestly he was happier to see me then I was to see him (solid neg on my part right here.) His beard looks kind of like a movie character whose been imprisoned overseas for like 8 years and when he gets back and gets a makeover decides to keep most of his facial hair for some reason even though they give him a bunch of fancy clothes& colone and stuff. So exclusive to ME, here are his offical Mount Gritmore rankings:

1. Develin- Julian said that he’s “eaten lead” before, but thats what you have to expect when you have had Aaron Hernendez hanging out around the locker room

2. Amendola- battled back from like a million injuries mostly in his groin

4. Himself- which is actualy the grittiest move of them all putting himself last.

Chris Long- it was nice of Dave to take a break from putting makeup on the back of his head to get a queston in. Salt of the earth brick by brick, the team the team the team. Chris I guess is the safer version of Martellus Bennet so it makes sense they would have him out there to feild a hundred questions about his dad.

Matt Ryan- Folks this is going to shock you but Matt Ryan had the personalty of a tire swing filled with rice pudding. Wouldnt say wether or not he is a elite QB. Wouldnt admit that sometimes Kyle Shanahan calls out Chris Simms name in bed or wherever. Is he elite? Folks I call him Doormat Ryan because the visitors are going to walk all over him. (Im going to tweet this out during the game on Sunday so pls dont call me out on reusing this line. In the trust tree.)

Coach Belichick- I asked him if he can bring back Danny Woodhead so that he can finally get a ring and I can finally cut my hair. Made him smile and he essentally turned over GM responsibilties to me this offseason. We have him on camera so this is a legally binding agreement. Its also collusion and tampering CC Roger Goodell please take away 9 first round picks and put Belichick in a forced labor camp for 4 years or make him coach the Browns again as punishment.

Got a text from a friend today saying Danny might not of been so happy with me negotiating his future and such a big move without realy consulting him first. Been a bad winter for that type of thing in SD: 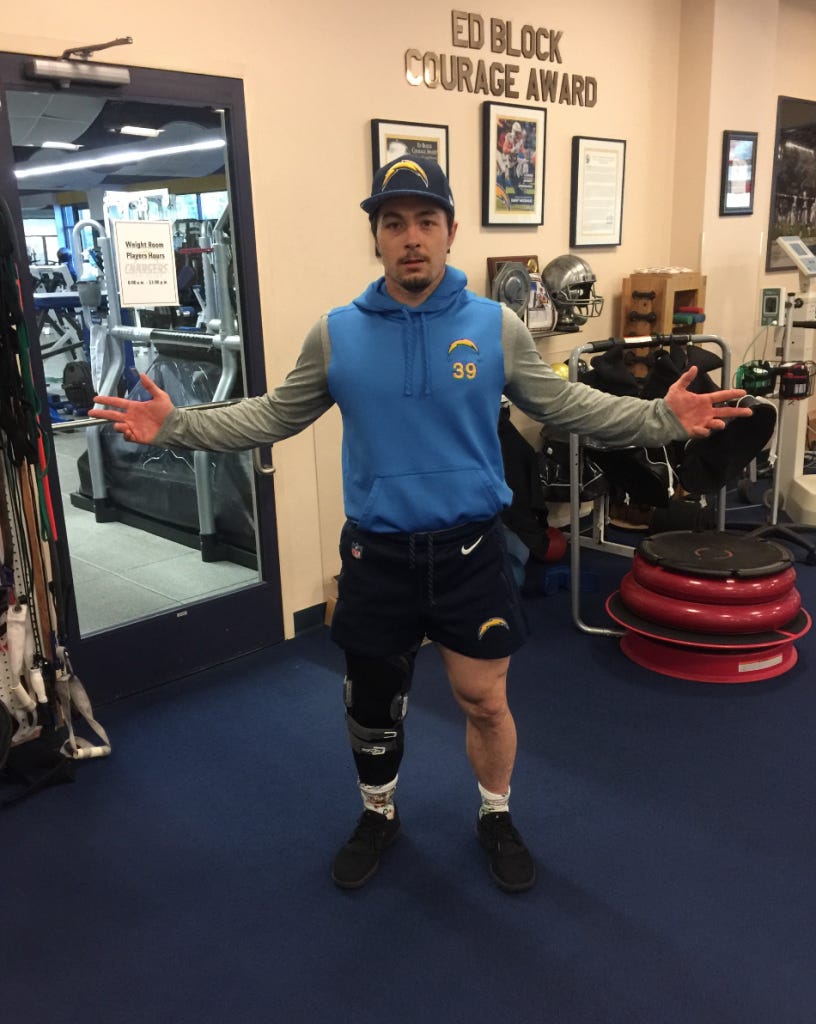 Hey Danny- SORRY! Also this technicaly means I’m your agent now so if you sign with the Pats I get 20%. Industry standard.

PS: Shoutout this guy who made it out to the Comedy Central show last nite depsite having just had his appendix taken out earlier in the day. We are all gritnesses: 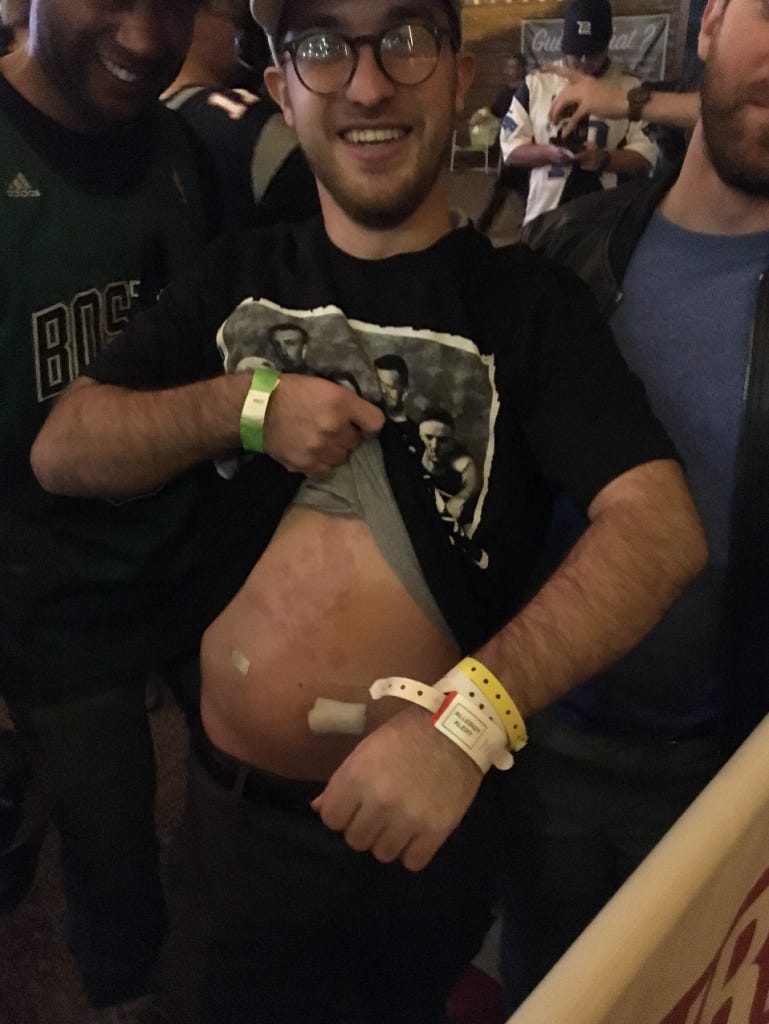