Ahhh Yankees fans. An absolutely deplorable sect of society. On any given night at Yankee Stadium you can catch 50,000+ douchebags that are nothing more than walking stereotypes. Living, breathing punchlines. Every Yankees fan is either a guindaloon I-talian who thinks they are a member of Tony Sopranos gang, Puerto Ricans coming straight from their parade, or weasel nerds like Hubbs who think they’re better or different from the Yankees stereotypes but in reality they might be worse. I’ve been dealing with these people my entire life. Since I was a pup in the Bronx, surrounded by these fucking skells. People wonder why I am the way I am, and its because I’ve been listening to their fucking cocky bullshit for 32 years. Its something that you cant fully understand until you see it in action. Sure, you see the GIFs and the videos and its easy to be like “Yea, Yankees fans are cocksuckers.” But when you see it in action?? OOOOH Boy. A lot of the Barstool guys have told me that they now understand my plight since moving to NYC. Big Cat and YP and a bunch of the other dudes were like “Ohhhh, NOW I get it. Now I understand where you’re coming from.” When you watch these motherfuckers in action, you cant help but wish all the bad things in life happen to them, and only them.

Last night, the stadium was CHOCK full of these scumbags. At one point I forgot I was watching a baseball game and I was just people watching trying to see how many dickheads I could list at one game. The Aaron Judge catch gave me a beautiful blank canvas to paint a masterpiece of hate. 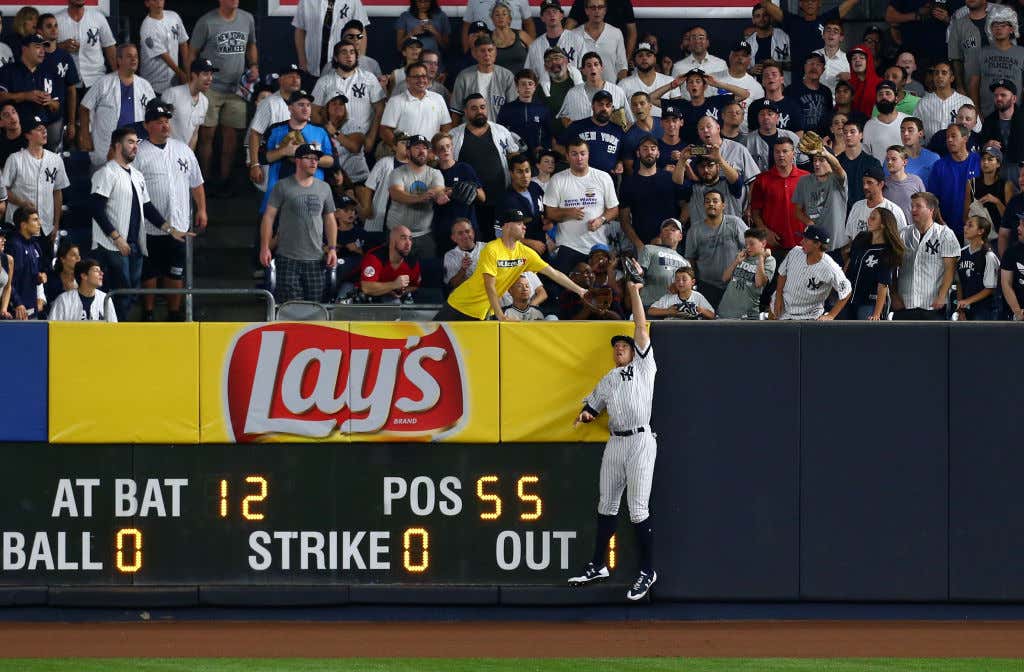 Its Tommy Cheeseball from MTV’s True Life I Have A Summer Share. Its Dom from Entourage. He is the embodiment of all things Yankee. All thats missing is the Gold Chain…which ordinarily is a MAJOR piece of the Yankee Fan Uniform, but in this case its replaced by what is undoubtedly a “27 Rings” tattoo. And I’m not saying that the tattoo says 27 Rings. I’m saying I bet its a mural of 27 actual World Series rings.

What a bunch of absolute assholes. I’d kill myself if I was a Yankees fan. Sure, you win and you spend and the team is always good. But if I had to be lumped in with all these other cocksuckers I’d either give up on baseball altogether or commit suicide.

PS – You know its bad when Foul Ball Guy doesnt even make the cut for Biggest Asshole. I coulda done Top 50,000 Assholes at Yankee Stadium last night and Zack Hample wouldnt have made the list.