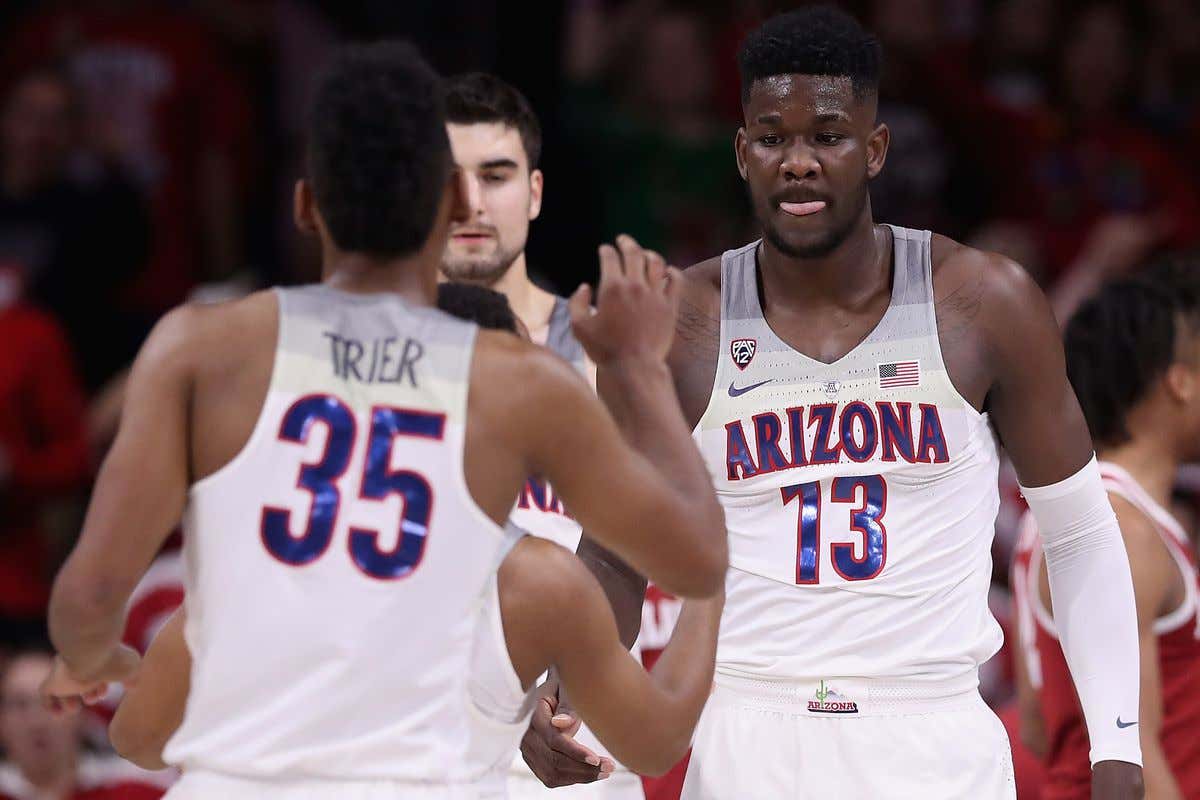 The Pac-12 has clearly not lived up to expectations this year. UCLA, Oregon and USC have all been below what people expected them to be and even Arizona is due the 3-game stretch in the Bahamas. The one team that the Pac-12 can point at and gloat about is …. Arizona State? The Sun Devils are currently undefeated and boasting the best resume in the country thanks to an offensive attack led by the senior backcourt of Tra Holder, Shannon Evans and Kodi Justice. This was a conference though that got hit arguably the hardest by the FBI scandal when you look at USC playing without De’Anthony Melton, Arizona/USC both losing assistant coaches and commits.

Will De’Anthony Melton play this year?

USC has top-10 talent and could look like a Final Four team. That won’t happen if De’Anthony Melton doesn’t play for the Trojans this year. Melton is a 6’4″ guard that will play in the NBA and is expected to be a first round pick. More importantly he’s able to impact the game without dominating the ball – something USC really needs at the moment. He’s a good defender and is excellent at playing off the ball in the backcourt with McLaughlin. He’s able to find ways to get his own without dominating and even more so that’s what USC is looking for at the moment. If he plays, they’ll get closer to that top-15/20 look than they are, but if not they’re a borderline top-25 team at best.

Can Arizona State continue to be a national title contender?

That’s what they are right now. They are on the short list for national title contenders and it’s hard to say otherwise. They have beat quality opponents and have looked the part in doing so. They are adding depth and talent with Mickey Mitchell and Kimani Lawrence on the wings. To me there’s no reason to believe this team will fall outside the top-15 and not look like at least a second weekend team all year. While they do rely on shooting the ball, they can beat you otherways. The guards, especially Holder and Evans, are so damn tough to stay in front of that they draw a ton of fouls, getting them to the free throw lane. They also are able to break down defenses and find easy looks for teammates.

Will there be a fourth team in the NCAA Tournament?

Right now it looks like they have four teams in, but USC and UCLA are both not safely in. I will say it does seem safe to say they’ll get 3 in as USC/UCLA will figure it out in conference play and do enough there to securely be in. After that, what happens? Does Oregon figure it out and get enough quality wins in conference play to push them into the NCAA Tournament? If not, can a team like Oregon win the Pac-12 Tournament and force another bid that way. Can USC stay the way they did out in Hawaii at the Diamond Head Classic and jump to a top-6/7 seed instead of floating around the 8-10 seed area?

Everyone will remember the 3-game stretch in the Bahamas in which Arizona dropped all 3 games and looked rather atrocious doing so. However, I’m moving forward from that. That team didn’t have Rawle Alkins who is one of the most important players to his team in the country. He’s an elite defender, provides another scoring threat and is just a guy – similar to Melton – who can do it all for a team that needs someone like that. He’s a perfect third option with Trier and Ayton. To me they are easily going to finish the year as a top-10 team and on the shortlist for national title conteders. I know, I know. Sean Miller hasn’t made a Final Four and ‘chokes’ in the NCAA Tournament. This year’s team, while it does have those losses, rebounded with a win over A&M, a road win at UNLV and another home win over Alabama. The question is can they figure it out defensively during Pac-12 play to not let teams beat them in the paint come NCAA Tournament time. That starts with the addition of Alkins, but guards need to not allow easy dribble penetration.

Aaron Holiday has been one of the 10 best point guards in America this year, yet people haven’t talked about him as much. Part of that is due to playing out west and the fact that UCLA has been up and down, but Holiday has played himself into that spot and a potential first round pick in the NBA Draft. The one complaint you can have about Holiday is that his 3-point shooting has slipped to 31%, down from 41% the last two years, but that’s more of a cold shooting streak than it is anything with his shot. The reason I say that is his free throw shooting has stayed at 79%, which is a good indicator of shooting. Holiday is playing a serious amount of minutes (66th most in the country) and putting up 18/5/3.5 with nearly 2 steals per game. He’s good enough to lead UCLA to a 3rd place finish by himself.