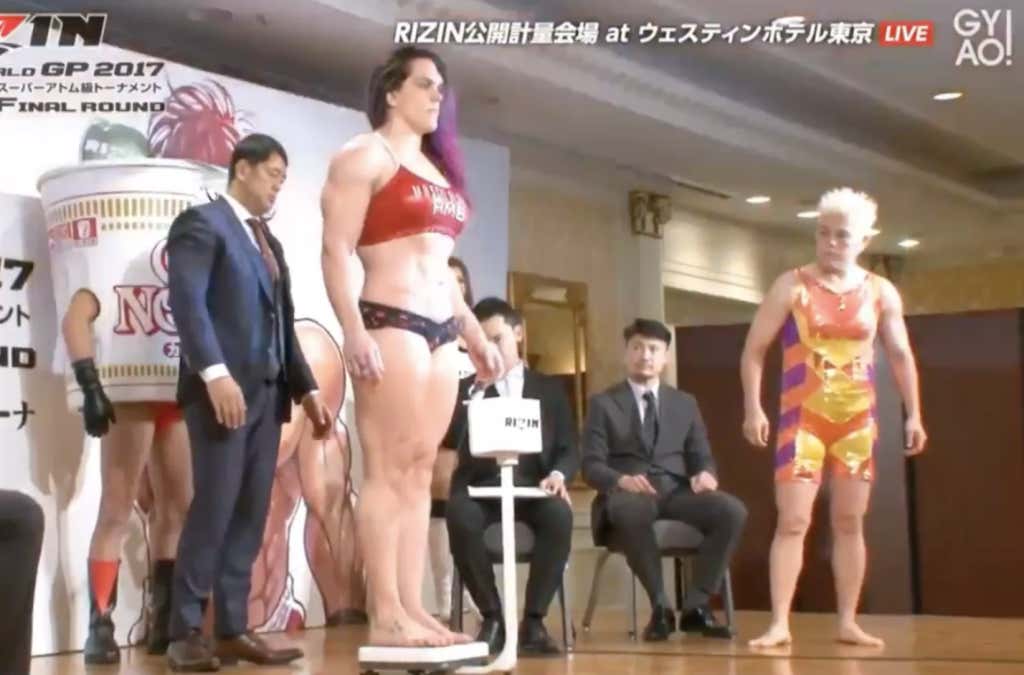 MMAFighting- The controversial fight between Gabi Garcia and Shinobu Kandori took an odd twist on Thursday.

The six-time jiu-jitsu world champion stepped on the scale to take on 53-year-old Kandori, who hasn’t competed in mixed martial arts in 17 years. News broke that Garcia had missed weight by 12kg (26.4 pounds) for their 95kg-fight (209.4 pounds) and the bout was off of the Dec. 29 card. The promotion has yet to make an official announcement if the bout will in fact be cancelled.

Gonna borrow a line from Howie Rose and say “Put it in the books!”. By ‘it’ here I’m obviously talking about another fucking crazy Gabi Garcia story to close the year out on. Every time this woman fights, something insane is going on. We saw her literally fight someone’s Grandma earlier in the year who’s strategy was to bounce off the ropes like she was a WWE wrestler.

And now she’s missing weight by TWENTY SIX POUNDS, for a fight with someone OLDER THAN THE GRANDMA SHE FACED EARLIER THIS YEAR! How do you even have the guts to stand on that scale and act like you’re in the realm of your weight class? Do you think it’s like when you forgot to study for a test, and you take the test and KNOW the bombed it, we’re talking you get like one question right, but lie to yourself and say, “Eh, who knows. Maybe all of my guesses were correct and I aced it”? Also, what’s up with the fascination behind putting this monster of a human being up against tiny old ladies? We need to stop doing that before she kills somebody in the ring. Let’s hope they don’t try to slip that weigh in under the rug and go through with this fight.

After this at the weigh-ins, former UFC fighter Ian McCall got into it with a member of The Money Team (something I’ve been known to do):

The Cup-O-Noodles man being in the background of that is laugh-o-loud funny.