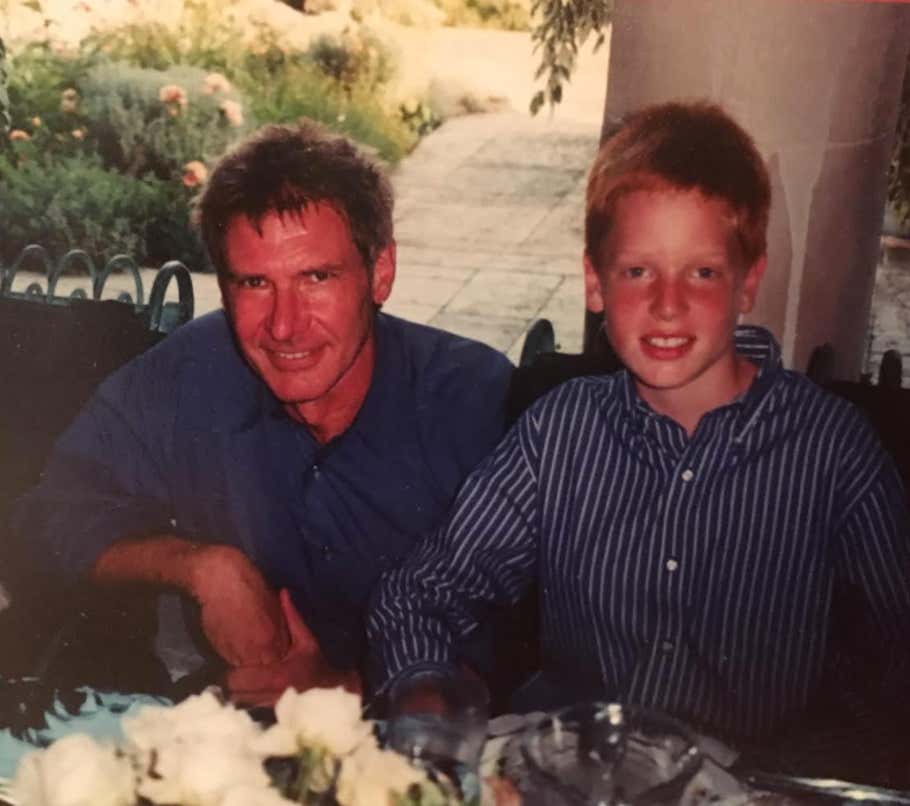 About a month ago, I was talking to Robbie Fox about Star Wars because it’s one of the 3 things he is programmed to think about (Star Wars, wrestling, fighting). I mentioned that when I was 9, I had afternoon tea with Harrison Ford and King Hussein of Jordan at the King’s estate in England, and how we planted a tree afterward to commemorate the 25th wedding anniversary of the King and Queen.

Of course, the trolls scampered out of their holes quicker than you can say “fake cancer!” He’s lying! I don’t believe you! I guess the PMT intern, Ken Jac, whom I’ve neither met nor heard of, was particularly dubious. He researched meetings between the King of Jordan and Harrison Ford and couldn’t find any. “Another Francis lie!” chanted the villagers. “String him up!”

Of course, just like the cancer, I wasn’t lying, not that it matters to the hyenas. But let me tell you the story of the greatest day of my childhood.

My mother is smart. She was in the first class of women at Princeton in 1969, then received her Ph.D. in French Literature from Yale. While at Princeton, however, she was assigned a roommate–the beautiful Lisa Halaby. They became best friends (she is my sister’s Godmother) and, in 1977, Lisa was working for Royal Jordanian Airlines when she met King Hussein of Jordan. They fell in love and were married from 1978 until his death in 1999. When they wed, Lisa changed her name to Noor al-Hussein (“Light of Hussein”) and was named Queen Noor of Jordan. 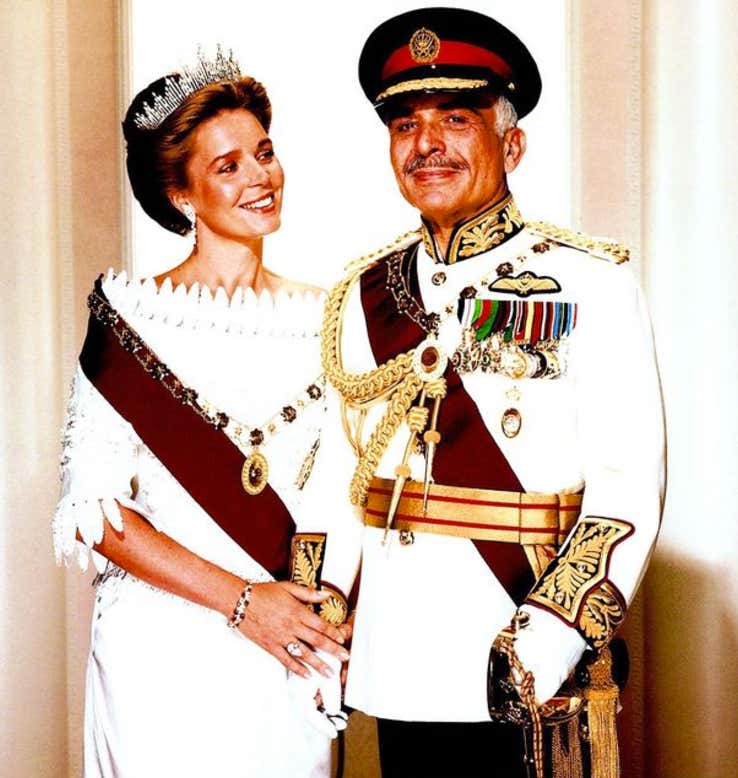 Of course, we didn’t see the royal family much growing up because they lived in a palace in Jordan. All I knew was that the Queen would send my sister the DOPEST presents on her birthday/Christmas. I was also in love with her daughter–Princess Iman. I’d see them in Christmas cards every year and dream of becoming her Aladdin, a story that ended with a royal wedding, riding off over the dunes on a camel, feeding each other figs and letting the genie out of the bottle, so to speak. 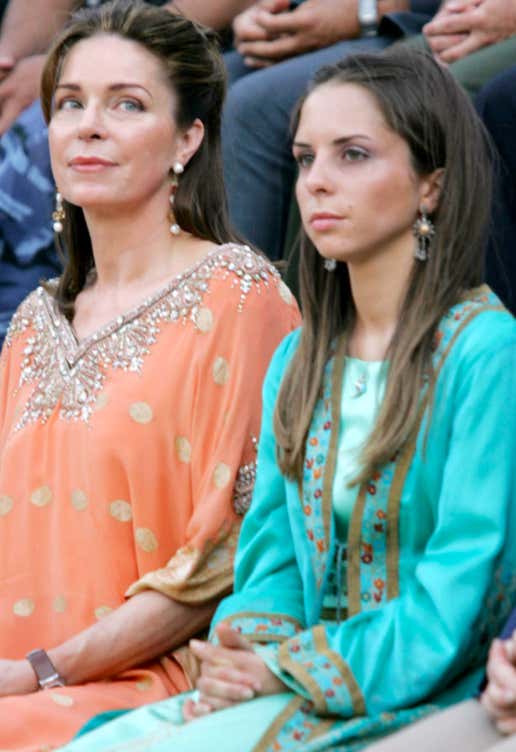 In 1998, the King and Queen celebrated their 20th wedding anniversary at their estate in Ascot, England. It was an enormous party under a tent and no expense was spared. My dad was seated next to Prince Charles and across from Arnold Schwarzenegger (he couldn’t understand what either of them were saying). Harrison Ford was also there, along with various heads of state and important people. Or so I was told. I wasn’t allowed to go. The minimum age for the party was 12, and an exception was made for my sister (11 at the time) because she was the Queen’s goddaughter. I sat at home with a babysitter and cried, knowing I was missing the chance to meet Han Solo/Indiana Jones, the hero of my life to that point.

The next day, a small group of friends and family were invited back to the house for an intimate afternoon tea. This time, I made the cut. I didn’t expect much; I wasn’t a big tea fan at 9. I did, however, play marco-polo in the pool with the princess, which was pretty dope. Afterwards, about 10 of us VIPs sat down for finger sandwiches, scones, and some earl grey. Boring, right? Until…

A helicopter arced low over the house. It hovered over the manicured gardens before settling down on a patch of grass just 40 yards from the house. Time stood still: I remember that I could see the individual blades of the rotors spinning. Out of the captain’s seat stepped Han fucking Solo; out of the passenger seat, King Hussein. The two of them were simply taking an afternoon joyride in a fucking HELICOPTER (Harrison Ford has his license obviously). My 9-year-old brain exploded.

Han and the King strolled up and sat down at our table. I couldn’t handle it. I honestly think I shit my pants. I’d been shut out of the 500-person party the night before only to meet my hero at a 10-person tea gathering the next day. I had questions and, because I was a cute little ginger boy, Harrison was happy to indulge me:

“Raiders of the Lost Ark.”

“How’d you do that scene in The Last Crusade where you took the small plane off the blimp?”

“How’d they freeze you in carbonite?”

After tea, we walked into the gardens to plant a tree commemorating the King and Queen’s 20 years of marriage. Harrison and I strolled together, two pals chatting about the decor in Jabba’s palace, the sensation of being stuck in a tractor beam, and Lando’s betrayal. 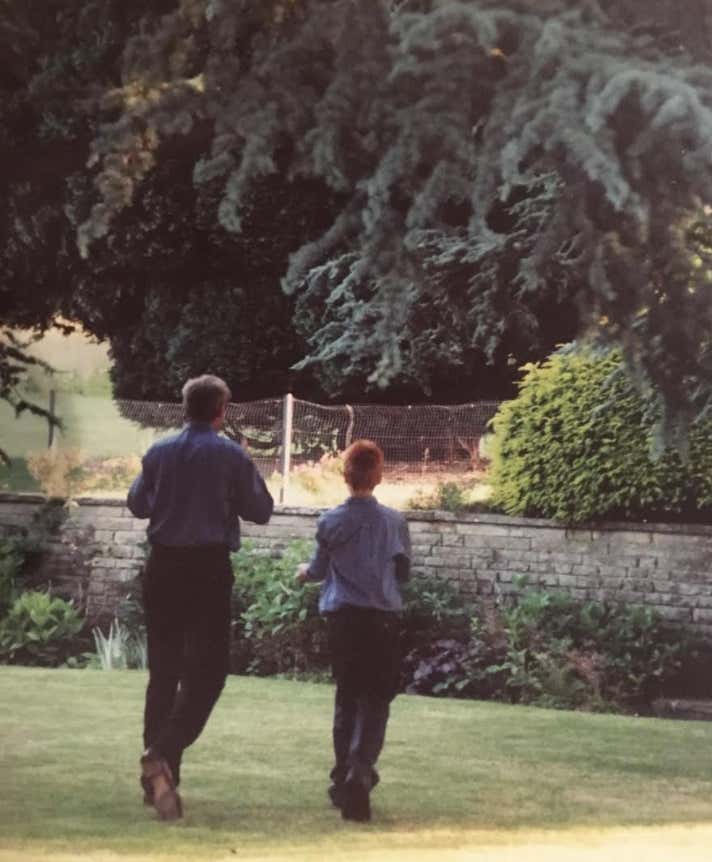 I was so starstruck that the weight of meeting the King Hussein was lost on me. I do remember nailing my greeting–”good evening, your majesty”–as instructed by my mother. We planted that tree together and I’m sure it still stands because of our nuanced landscaping skills. Sadly, the King lost his battle to cancer just 6 months later. He was one of the great world leaders of the 20th century who dedicated his 46-year reign to brokering peace in the Middle East. I was very lucky to have met him. 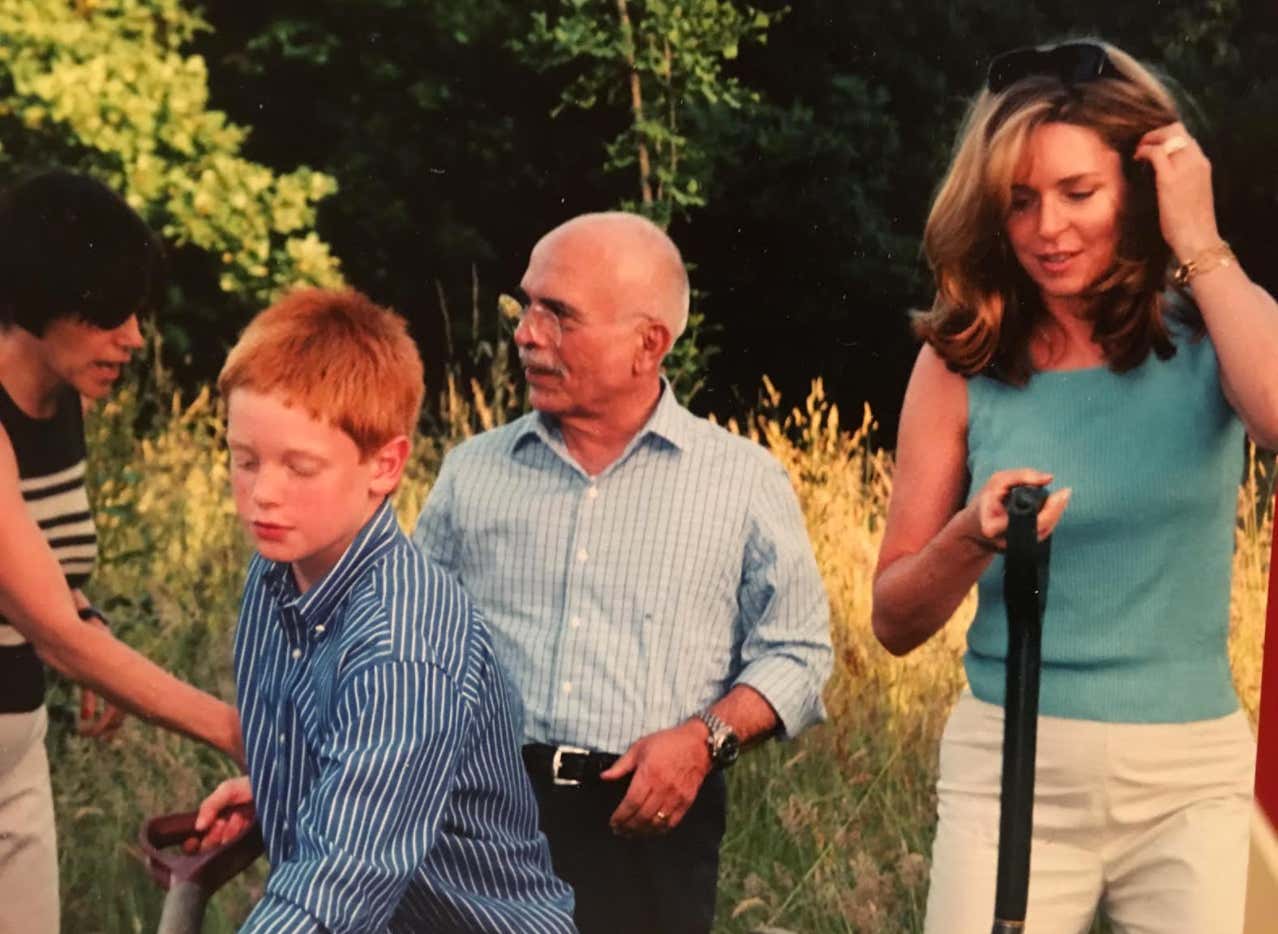 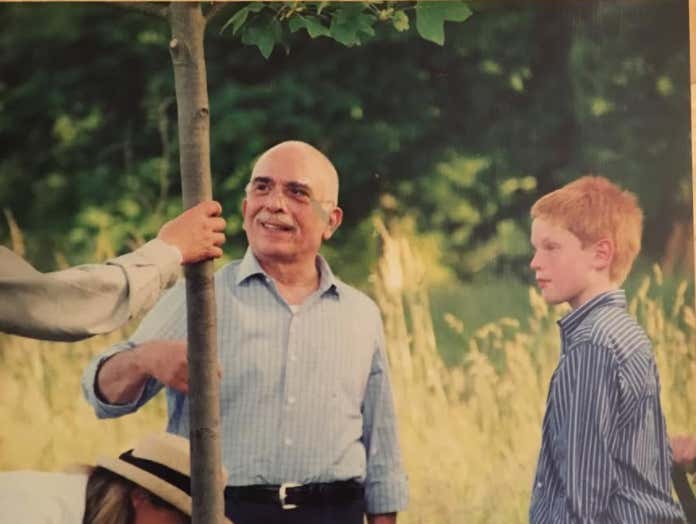 Last thing: before we parted ways, Han wrote me a note on a piece of paper embossed with the royal insignia. It said:

May the force be with you, always.

So I’ve got that going for me. Which is nice.