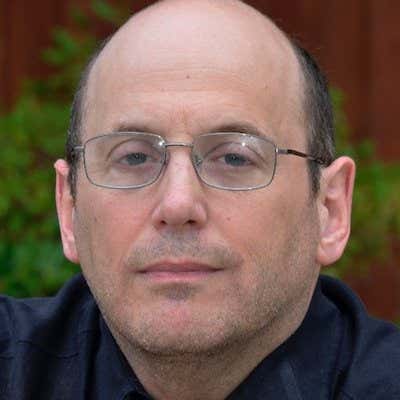 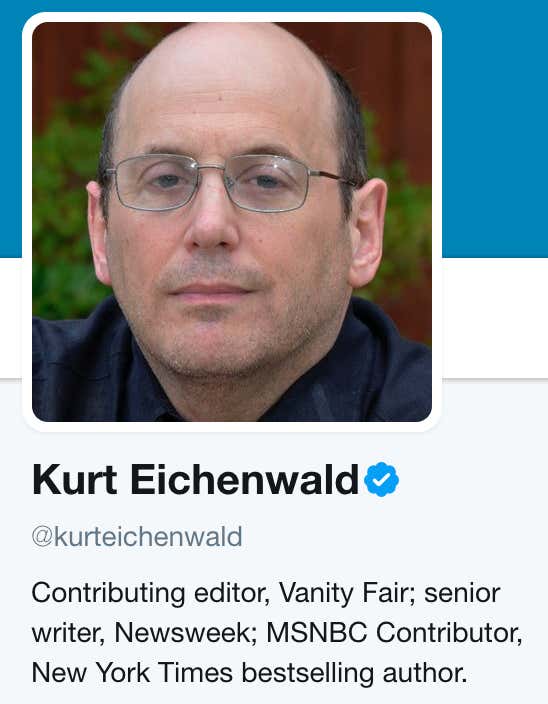 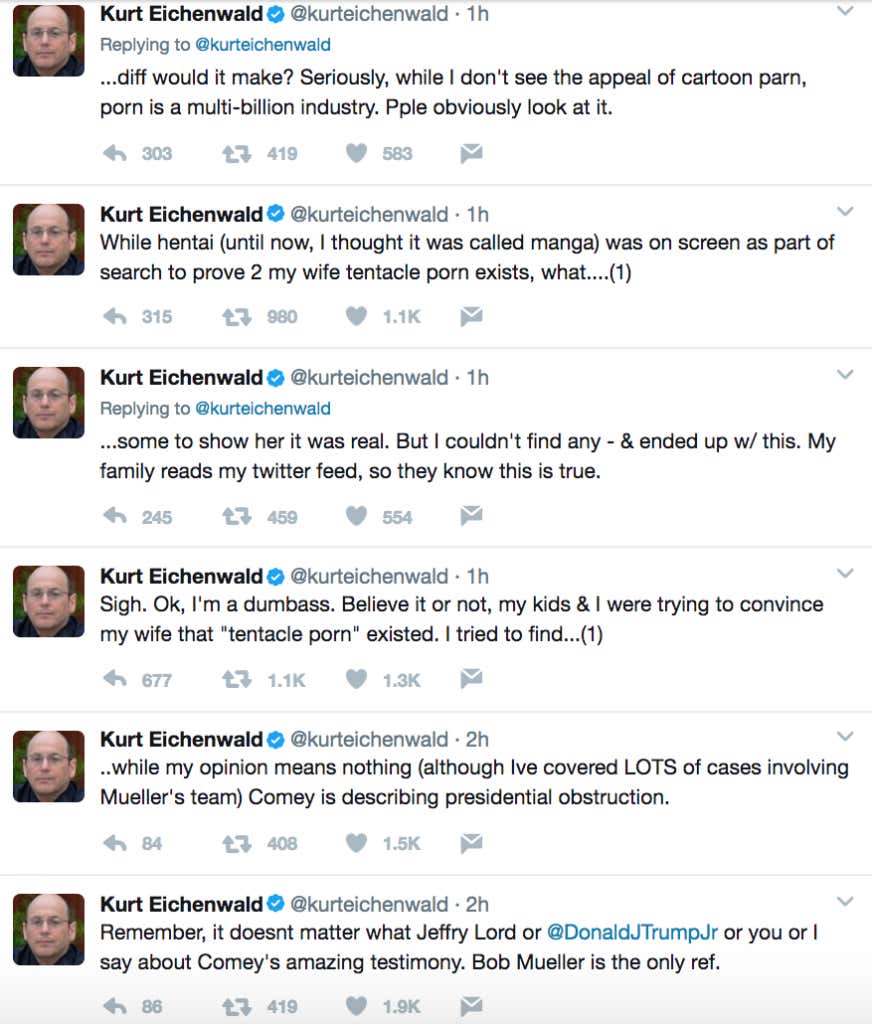 The screenshot on texts were fantastic too. 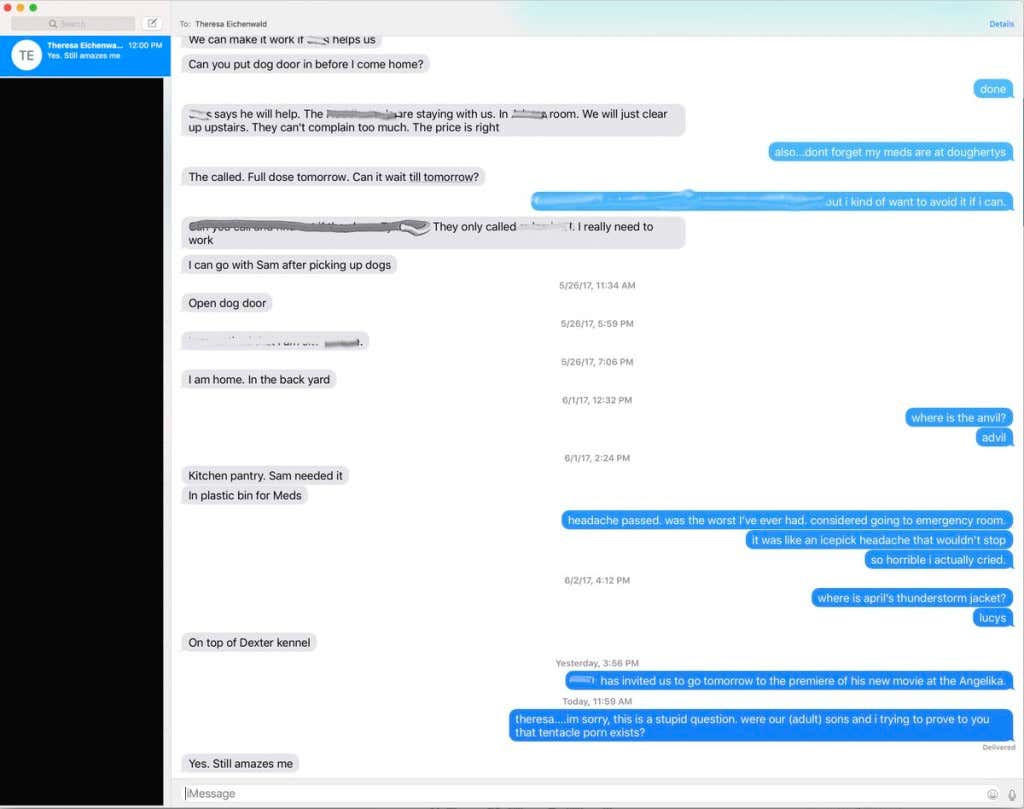 The smoking gun was Kurt saying he didn’t know what facesitting is.

P.S. Not to get woke on everybody, but what if this was all a clever ploy by Kurt to sell some books? I didn’t know who the fuck Kurt Eichenwald was an hour ago. Now he’s an absolute must follow on Twitter as he digs his own grave for the next thing he is accused of. Gotta sling those books until they turn into paperbacks, right?

P.P.S. I’m glad Kurt got over that icepick headache. That sounded like a real nightmare.