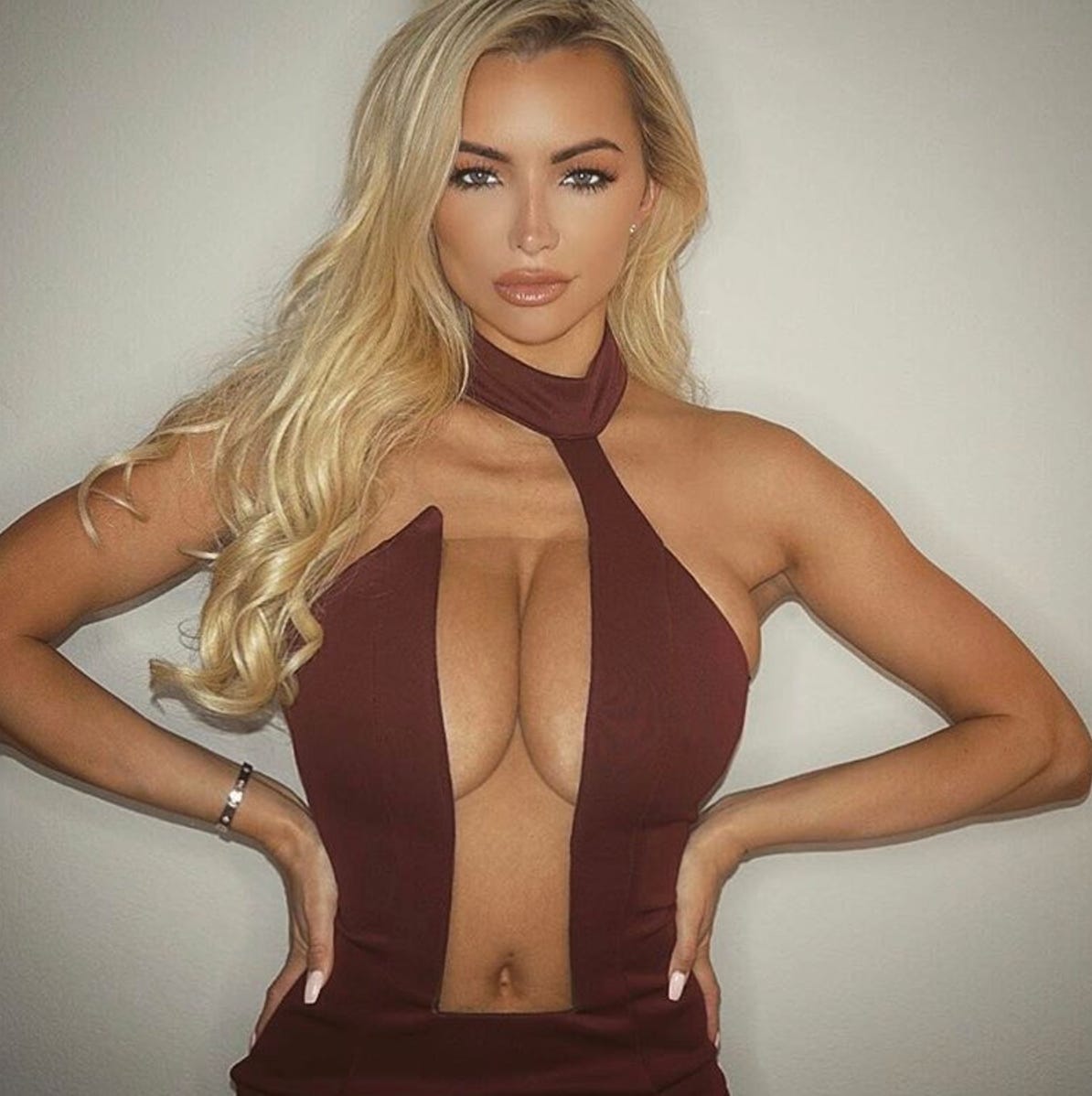 I’m on the subway home tonight and I see a little tweet from Lindsey Pelas about people trying to purchase her with cell phones and emails. I don’t even know what that means but I assume it’s creepos thinking she’s some sort of hooker. I can’t imagine for the life of me what would make someone think that but I decided to get in on the bidding and offered 300 bucks.

Little joke about how I’m poor and have no money. She didn’t like that and went straight for the eyes.

Now look, people going after my eyes is nothing new. Dave is my boss and calls me a crosseyed fuck every time he sees me. Luckily he comes to my aide during these trying times with retweets like this.

Kevin really defended me too. 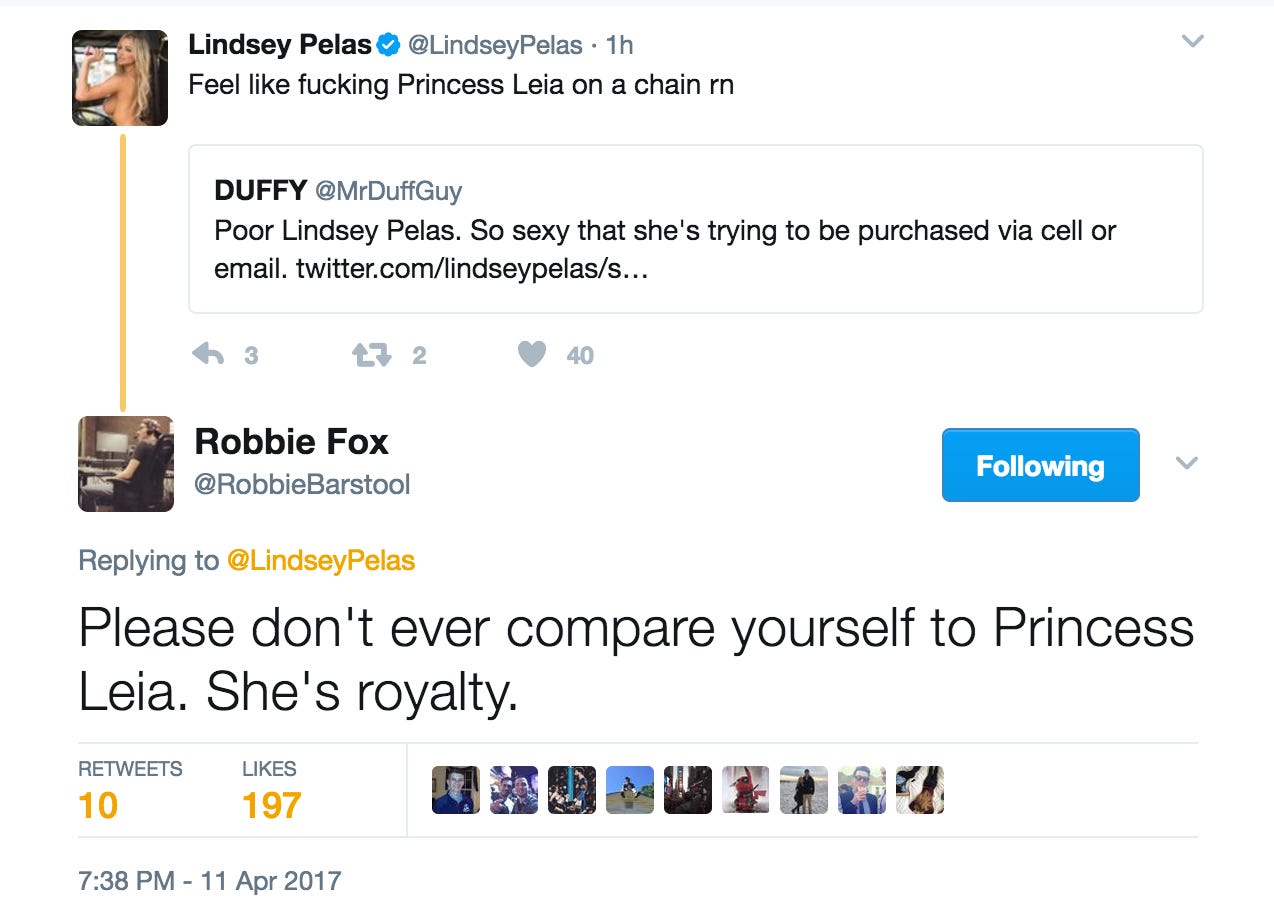 Maybe the most offensive part? Pelas called me a ginger.

And went WILD with some white privilege tweets and blatantly lied about bullying me for my good looks.

That’s Trump defense 101. “I didn’t say it someone else did and I just openly, vehemently agreed with it!”

White privilege? Honey, you got where you are because you were born with huge tits. Which you openly admit. 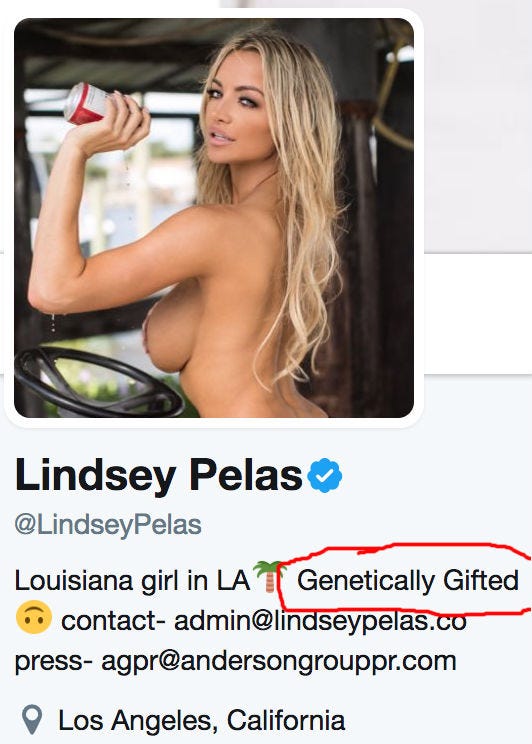 Privilege? You’re famous for everyone looking at you and wanting to fuck you. Imagine looking like me and getting to where I’ve gotten? Some people gotta work for that shit.

Also, shoutout to me for — in the midst of all this — getting her to highlight my merch plugging. 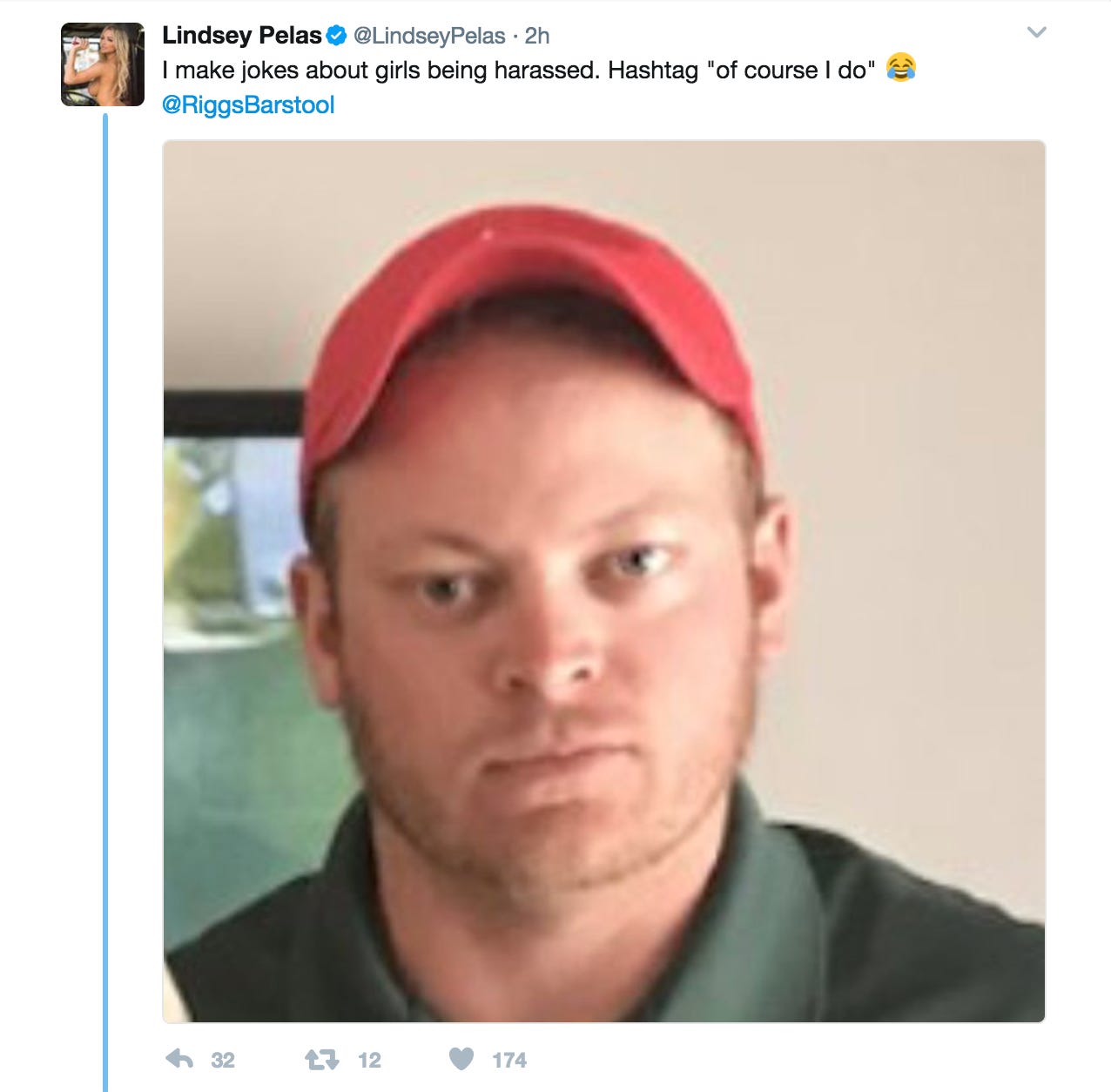 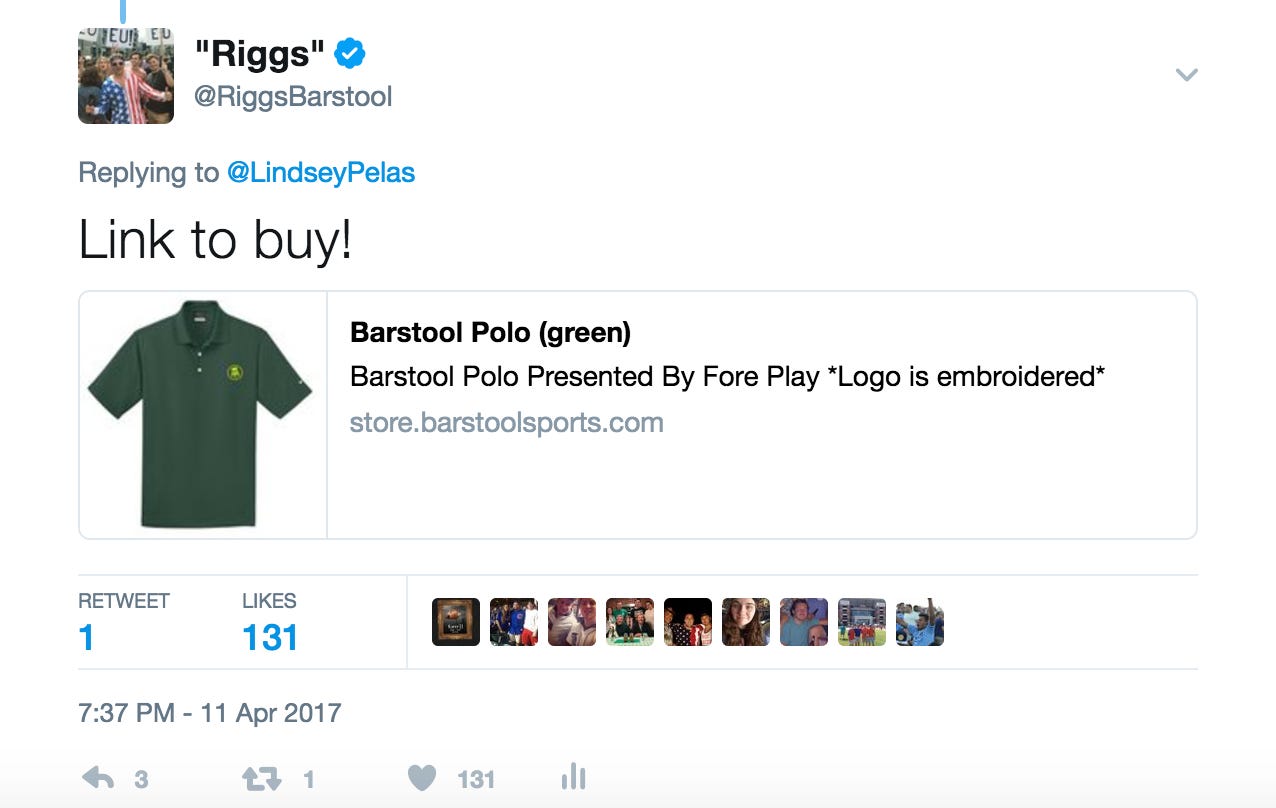 Then she did the thing where she was #done.

And I snuck in one last jab. 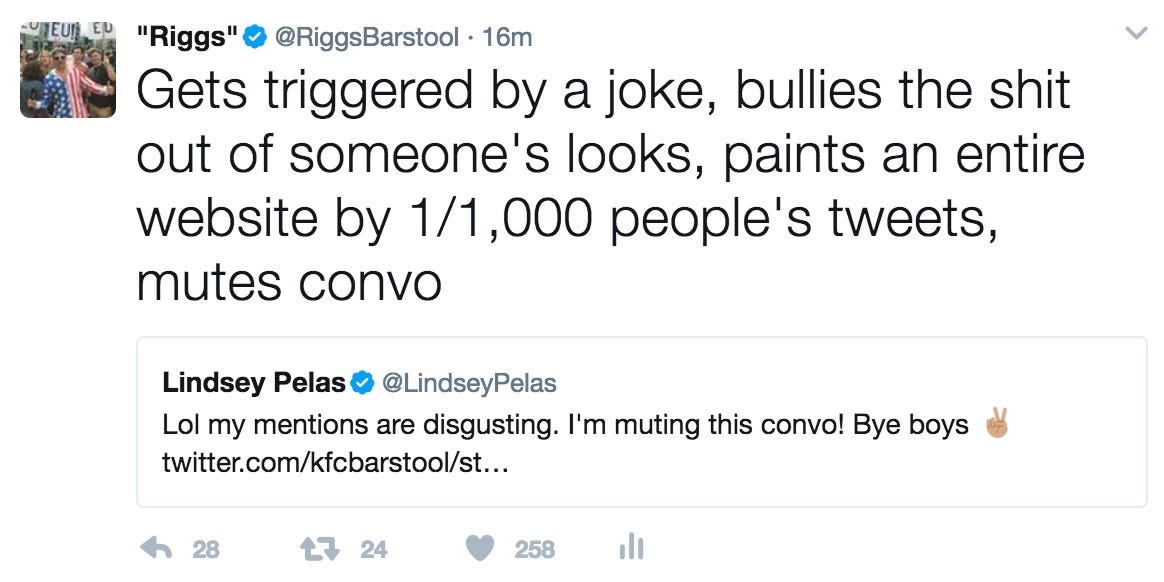 But she wasn’t #done. Kept going, and I think agreed to come on Fore Play?

Anyway, I’ll be back tomorrow to blog about Syrian genocide.