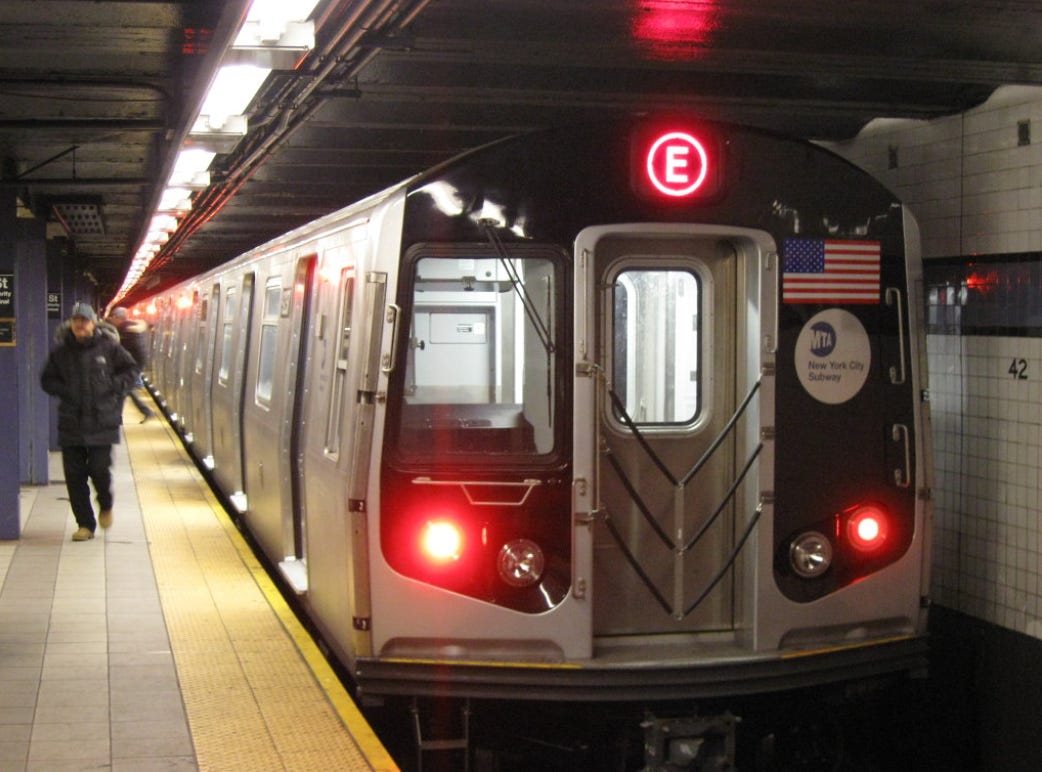 Before I start I wanna say that this blog isn’t to play up the angle that I’m a dumb hick from Iowa who grew up on a farm and doesn’t understand NYC and it’s big city ways. That’s not what this is. I am from Iowa. That’s true. But I didn’t grow up on a farm and have been to NYC a handful of times since Barstool’s move. I am a normal human being with a semi-functioning brain who hopefully (although this is very much in doubt after yesterday’s debacle) is able to follow directions and signs and arrive at my intended destination. That’s the person this blog is coming from. I will say this though, this city is confusing as fuck and ginormous and pretty smelly and you guys are gonna have to give me a grace period on shit like this.

With all that said, I GOT LOST AS FUCK ON THE SUBWAY YESTERDAY. Way lost. We’re talking JJ Abrams/Damon Lindelof-type lost. I should start out by saying that I made it to work just fine this morning on the subway. I should also say that my lovely co-worker Coley was nice enough to hold my hand like a small child and guide me on the subway this morning so I wouldn’t get lost. Him and I had plans to do the same after work but our schedules didn’t match up so I decided to go at it alone. No big deal. I should 100% be able to do that on my own. We’re not talking about scaling Mt. Everest here. We’re simply talking about following a pretty straightforward system of signs and arrows that millions of other people follow every single day. Well I couldn’t do it. I completely fucked it up right from the jump.

1. I leave Barstool HQ and walk to Penn Station

Easy enough. I’m sure there are better ways to get to the subway from HQ but I knew Penn Station has trains and stuff and it’s not that far from the office so I decided to head there. Call it being adventurous as a new person in a new city. Ok so I made it to Penn Station.

2. I stand like a statue at Penn Station for a solid 10 minutes while scanning all of the signs and looking for anything that looked remotely familiar

This is harder than it sounds for someone who’s new around here. A lot of hustle and bustle going on at Penn Station. A lot of important people with important places to be. As I did my scanning I saw a lot of track numbers, storefronts, UFO landing pads, etc etc. My eyes finally landed on a sign that said SUBWAY with an arrow pointed in the direction of the subway. It was at about this point that I decided I was the King of NY and had it all figured out.

3. I make my way towards the aforementioned SUBWAY and notice the numbers 1, 2 and 3

This is where things get a little wonky. I stepped up to the platform that indicated I was about to get on train #3. I did this because it specifically said that it was going to Brooklyn and that’s where I needed to go. It was also around this time that a stranger came up to me and asked, “Is this train going to Brooklyn?” I confidently assured him that it was because the sign clearly stated that to be true. Also I was still the King of NY at the time so I should know these things. A man of the people helping his fellow man on his commute home from a long day at the office. We both hop on the #3 train.

4. The train IMMEDIATELY starts heading away from Brooklyn and further up (?) Manhattan

It was at this precise moment that I went from the King of NY to a lowly peasant. This was also when my new friend (who I had assured this was the right train to get on to go to Brooklyn) glanced over at me with a look that screamed, “You failed both of us!” I tried to avoid eye contact. I was honestly baffled and still kinda am. The sign said the train would take us to Brooklyn. Instead we headed the other direction and would have to go all the way up (?) Manhattan and all the way back down (?) Manhattan to get to Brooklyn. A journey I’m convinced would’ve taken no less than 14 hours.

5. My new friend becomes the leader of our dynamic duo and begins to plan out how to fix my mistake

This was a mistake on my part. The first rule you’re taught as a kid is to not talk to strangers. Especially in a huge city where you don’t know anyone or their intentions. I threw all of that advice to the wind and became a modern day Lewis & Clark with my new pal who had the smell of marijuana wafting off of him (he was white, look at you stereotyping). He was also new to the city so it was for sure a good idea to listen to him. We decide that we’re gonna hop off the #3 train and hop onto the #2 train which is heading in the other direction which means it’s heading in the correct direction.

These moves felt like progress. My friend and I were finally headed in the right direction. The only problem was that my stop had vanished from the list of destinations. I voiced my concern to my best friend to which he responded, “That’s fine. We’ll just have to get on the L.” I was officially at the mercy of this dude. He could’ve led me to a secluded area and made all of my mom’s worst NYC nightmares come true. I didn’t know what the FUCK he was talking about but he said it with confidence so I rolled with it. And then once we got on the L, he vanished. Just hopped off the train without warning and left me there. No goodbye, no see ya later, no nothing. Just left. I don’t know about you but you don’t just leave a guy after you’ve spent an entire two hours together lost in the city. Pretty fucked up. We’d been through a lot. So then it was just me and the L train and my thoughts.

7. I wave the white flag, hop off at a random stop in Brooklyn and call an Uber

Complete and utter defeat. A colossal failure of a commute. An exhausting journey. Made and lost a friend. Had and lost a lot of confidence. Gotta be better today.