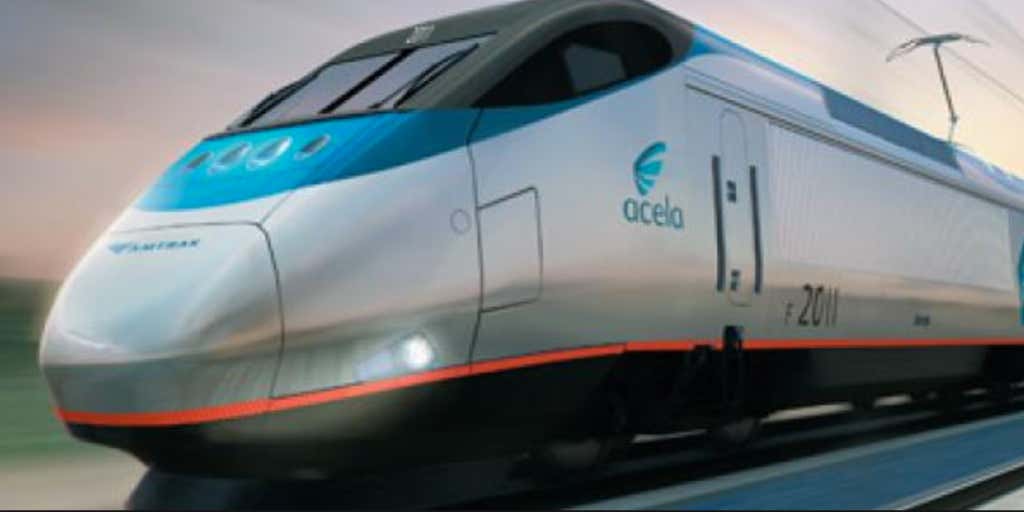 Author’s note: I’m currently on the train from Boston to Philly. I love writing on trains but the wifi is terrible, so I can’t scour the internet for stories. So I wrote one for you guys instead! Enjoy.

That Old Lady Before Me

There’s a cute girl on the train. She’s tall, wearing a military baseball cap but I don’t think she’s in the military. It’s probably just an accessory, something to let people know she’s not fucking around. Her long sleeve grey yoga shirt leaves little to the imagination. She’s clearly a fitness junkie. Her traps make her look tense, or maybe I’m just projecting because I’m at once attracted to her while also intimidated.

I’m sitting in the dining car pretending to check my phone even though nobody has texted or called in enough time to render this constant phone-vigilance unnecessary, manic, demoralizing. The man at the next table orders a buffalo chicken wrap that was made with ingredients from the Cold War. I heard him ask the woman behind the bar if she’d “pop it in the microwave for, like, 30 seconds.” He doesn’t want to overdo the lettuce. She groaned in response, which was enough to warn the rest of us of the impending odiferous assault. I look for cotton balls or a sprig of mint to ward off the smell. Surprisingly, there are no mint plants on the train. Why have we fallen, America?

G.I. Jane is waiting for the bathroom, talking quietly into the headphones dangling from beneath the cap. To a boyfriend? A husband? A commanding officer? I probably shouldn’t ask. But I should talk to her. Once upon a time, when I was younger, there was an insurance commercial where these kids were playing baseball and one kid hit a ball through the window of his neighbor–an old black man. All the other kids scatter in fear (racists), but the kid who smacked the dinger walks timidly up to man’s door to take responsibility. They end up shaking hands while some voiceover actor, who doesn’t hold a candle to Liev Schriber, says “The greatest risk… is not taking one.” I have no idea why that scenario would impel anyone to buy insurance, but that line stuck with me. I stand up to talk to my military girl.

“Oh hello,” I say. I want her to think she’s caught me by surprise, that I haven’t been planning this conversation for 20 minutes, trying to ignore the stench of the buffalo chicken wrap, trying to forget that nobody has texted me in two days.

She motions that she’s on the phone still. Fuck. Why didn’t I wait until she was off the phone? Now it’s awkward. Do I sit back down? Maybe I’ll pretend I was waiting for the bathroom too. Bingo.

An old woman, stooped from years of gravity and gender discrimination, attempts to open the sliding bathroom door. I help her to impress the military girl. Maybe if she thinks I’m a gentleman, she’ll get off the fucking phone to talk to me. The old lady smiles at me, as if to say “I’m glad to see the world hasn’t gone completely to shit, despite the fact that you can’t get a good sprig of mint on trains anymore.” I slide into the bathroom to complete my little ruse.

Due to the permeating stench from the buffalo chicken wrap, I thought the bathroom air would be a welcome reprieve. Wrong. Holy God. That old lady dropped something evil in the toilet moments ago. It’s trying to find a way inside me now. I can almost see it, the smell is so powerful. Have you ever had a friend tell you “maybe your girlfriend is cheating on you.” At first, you laugh it off, but eventually, it starts to eat you from the inside out. That’s what this old lady’s toilet miscarriage is doing to me now. I gag. My eyes are watering. It’s everything I can do not to faint.

I last a minute, then run my hands under the non-drinkable tap water. I don’t use the soap because this is just more of the gamesmanship I’m playing for military girl. She strikes me as someone who would be turned off by a guy who didn’t wash his hands in the train bathroom. I take a deep mouth breath and step out, letting the sweet buffalo chicken smell wash over me like a spray tan. But just as I slide the door open, military girl steps around me to go into the bathroom.

“The smell. It was from the little old lady before me.”

“Didn’t you see the old lady?”

“I’m serious! I didn’t even have to use the bathroom. I was just pretending because I wanted to talk to you.”

Table, meet cards. All of them.

“Ok pal. Whatever you say. God… you should see a doctor. A gastroenterologist.”

So much for our happy life together. In a matter of seconds, the dream is gone: no more afternoons watching our daughter at horseback riding lessons; no more apple picking with our son, whom we suspect is gay even though he’s just 8; no more arguments over whether her military pension is enough to justify the beach house we both want to buy, even though it’s out of our price range. It’s all gone now, thanks to some old lady’s nasty shit.

I sit back down and turn on an episode of Friends. The one where Joey eats his date’s dessert when she goes to the bathroom. I can’t handle a heavy Ross-Rachel episode right now. The wounds are too fresh.

Out the window, fishing boats give way to sailboats as we pass from Rhode Island into Connecticut.