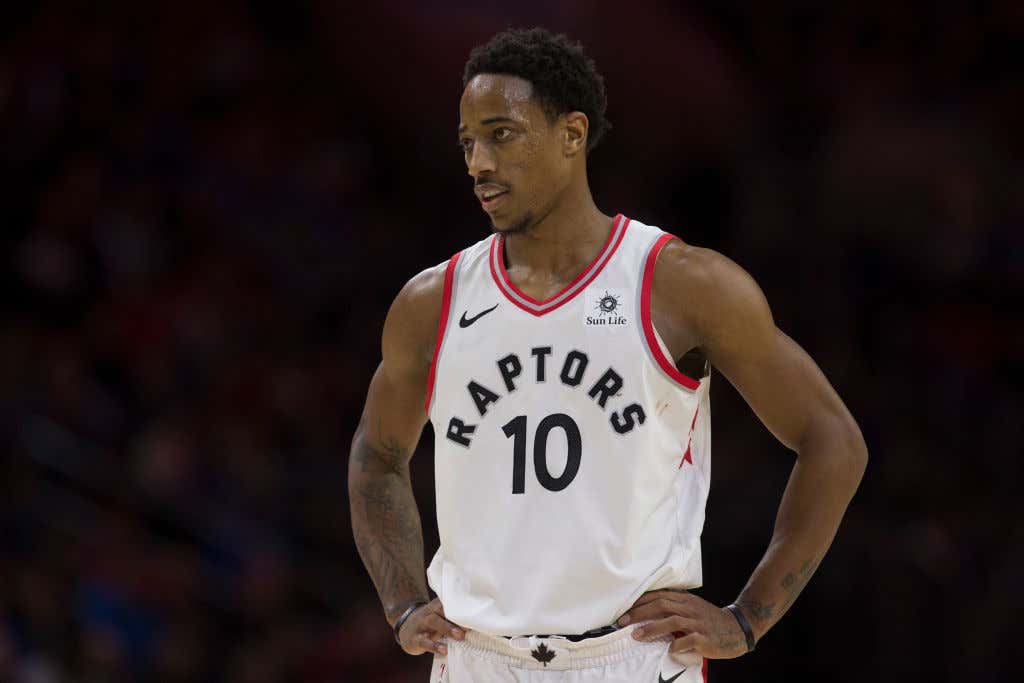 Welcome to another edition of Last Night In The NBA where we catch you up on everything that went down from the night before in the Association. I hope you aren’t stuck at work, and instead are reading this from your couch, but if you are at work considering theres no way you’re actually doing anything, allow me to entertain for you for a moment. There were 5 games lat night, all of which were pretty exciting, so if you missed it, here’s what happened

What a run for CHI and leave it up to those jerks in CLE to ruin all the fun. Frankly I’m surprised CLE didn’t throw this game to help their BKN pick, but I get it at home you don’t want to lose to CHI even if they have been the hottest team in the East for a few weeks now. Lebron led the way with 34/6/9 on 12-23 shooting, looking as dominant as ever

but honestly, that doesn’t really surprise anyone. We know Lebron is insane. What’s surprising is what CLE is getting from their 50 years olds off the bench, and a guy that was supposed to suck. This rejuvination of Wade/Green/Korver has made all the difference for CLE’s second unit, and last night they combined for 35 points on 13-25 shootoing

With it looking like Isaiah is pretty close to coming back, you could say the Cavs have done everything you could hope for despite having some key injuries, and they’re about to get a big time shot in the arm.

For CHI, while I’m sure they were disappointed in losing, at least they did it the right way. Keep it close, get good performances from the young guys, and lose at the end. I know the streak was fun, but it really set them back to what they should be trying to accomplish this year when you really think about it. But look on the bright side, Baby Dirk was fucking nails with 25

Denzel Valentine was solid with 18

and Kris Dunn is really showing strides in his second year, with another great game of 10/5/14.

Hell even Mirotic continued his strong season with 15 off the bench. To go in to a hostile environment like CLE, against that caliber of team and have these type of performances and shoot 53% on the road, is impressive for the Baby Bulls.

Full blog is coming, but let’s just say this was a problem.

Add this game to the list that PHI probably should have won, but didn’t. Granted I don’t think any of us could imagine a game in which DeMar DeRozan would make 6-9 threes considering he’s a career 28% shooter, but the Sixers had no answer for him and his career high 45 points

TOR would overcome a 22 point deficit while also getting 23 from Kyle Lowry and really locking in on the defensive end, where they caused 23 TOs. On a night where no other Raptors really showed up offensively, Ibaka went 4-13, Wright 4-11, OG, 2-6, JV 1-6 and no CJ Miles, the Raptors needed their two best players to step up, and step up they did.

For PHI, the slide continues. Now 1-7 without Embiid in the lineup, this one was probably the hardest to stomach given you know, the gigantic lead at home. But look, this is their reality if Embiid is going to continue to miss time, and what’s tough about this loss was the rest of the Sixers actually showed up. Their starters were solid for the most part, with Simmons going for 20/6/4, Saric 18/10/9 and Covington a nice bounce back effort of 19/7 with 5 steals

But the reality is this team is now 3 games under .500 and a now 3 full games outside of the 8 seed. They’re 2 games under .500 at home, and 1 game under .500 on the road. They’ve lost 4 in a row and are tied with ORL as the worst team in the East over their last 10 going 2-8. I get not having Embiid is practically their whole team, and not having JJ Redick in this game obviously matters, but come on, you can’t be blowing 22 point leads at home.

It’s also weird that PHI is rightfully so cautious about Embiid because it’s December, but then also played him 49 minutes in a game….in December. I really hope he’s not seriously hurt because we all love watching him, and if he’s not, then if I’m a PHI fan I’m pretty fucking annoyed because they’re losing these winnable games.

TJ Warren is on a freaking tear. Another 27 point effort in a team high 34 minutes, he’s done his best to pick up the offensive slack with Booker being out

But even with that, the Suns needed a little magic from Troy Daniels against his former team to secure the win

He led the bench with 14 points, and don’t look now but the Suns have won 3 of their last 4! Only 14.5 games behind GS now for the division lead. Never say never!

For MEM, they’re now 3-11 on the road and are just 1-8 in their last 9 with that one win being a 2 point win over ATL. So yeah, things still stink in MEM. The good news is Tyreke Evans continues to look great, he lefd all Grizzlies with 23 points

MEM took care of the ball with just 9 TOs, but at the end of the day the 5-26 from deep probably hurt them. Just trade Evan to the Celtics for the DPE and be done with it already.

Here’s what may have been the surprise of the night. UTA beating SA and holding them to under 90 in a game in which Parker/LMA/Kawhi all played in? I know the Jazz play good defense, but this performance sure as shit surprised me. What made this even more shocking was UTA did it without Donovan Mitchell. The good news is they DID have Rodney Hood, who went off for 29 points on 12-24

The Spurs did do Spurs things and make it close in the fourth, but UTA responded with a nice 13-2 run with 9 of those points coming from Hood.

For SA, hard to win when no player on your roster scores more than 12 points. At least Kawhi is back, and he’s starting to look like the Kawhi we remembered

This loss didn’t really hurt SA all that much as they still; trail GS by a wide margin and still have a 2.5 game lead on MIN for the 3rd spot in the West. I don’t think anybody is freaking out about SA despite this poor showing.

And that’s it! you’re now all caught up on everything that happened last night in the NBA. We have 9 games on tonight including NYK/DET, LAC/HOU, DEN/POR and LAL/GS. As always if you decide to go out and have fun instead of stay in and watch basketball, come back tomorrow and I’ll fill you in on what you missed.