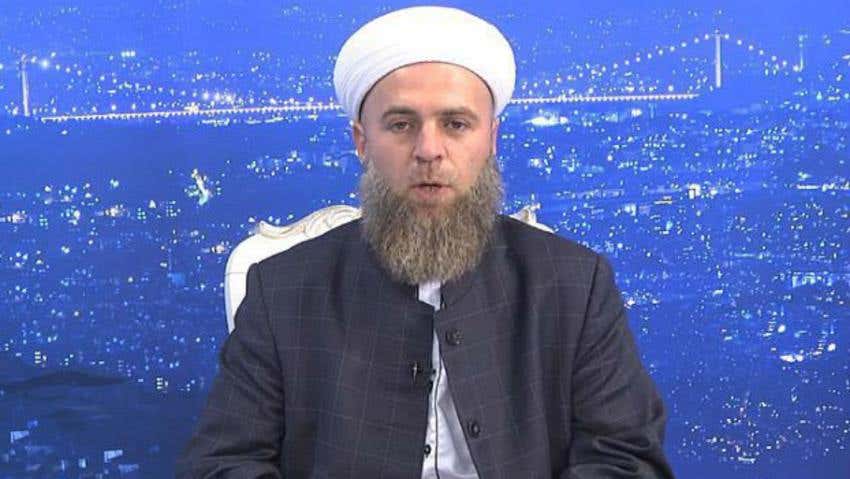 Shaving off a beard may trigger indecent thoughts in other men who look at them, a Turkish cleric said on television earlier this week, causing backlash online.
Clean-shaven men, the cleric suggested, “cannot be distinguished from women” and can therefore cause “indecent thoughts,” Murat Bayaral said on private religious station Fatih Medreseleri, according to Hurriyet Daily News.

“Men should grow beards. One of the two body parts that separate men from women is the beard,” Bayaral said.

“For example, if you see a man with long hair from afar you may think he is a woman if he does not have a beard. Because nowadays women and men dress similarly. God forbid! You could be possessed by indecent thoughts,” he added.

Many people say to me, “Hey Chaps. Why dont you shave your beard, my thicc bitcc? You’d be a lot more handsome if you’d get rid of that stack of fire pubes on your face. No offense.”

First of all, none taken. I have said for years that the beard is the dick of the face. It allows people to know that you are a dude. Cant be walking down the street whilst lookin like a tall glass of water and causing your favorite Turkish cleric to stumble. Couldn’t be me. I want him to only long for women who are random passersby, not clean-shaven men!

Hell, this whole beard thing is one of the main reasons that I’m a huge fan of the Amish. Now, truth be known, most of the reason that I am a fan of the Amish is because of their downright delicious breads. That and the horse-drawn carriages.

Imagine taking your best Amish pal and your Turkish cleric friend out for a little buggy ride. You guys are yucking it up about your silly wives and their different bread recipes. All of a sudden you pass a fine lookin fox with an ass that just won’t quit. You mutter “it’s ass eatin szn.” They look offended at first but then laugh. “Bahaef dich,” says your Amish pal. It means behave yourself in Amish. Everyone chuckles. Until they realize the person is actually a dude without a beard. Gulp.

The cleric is gazing at this fella’s ass like:

The carriage goes silent. The cleric still has a tinge of an erection. He pulls out his iPhone and presses the Notes application. He begins writing a sermon detailing the need for men to grow beards so that he’s never in this predicament again. One boner caused by a clean-shaven man: shame on you. Two boners caused by a clean-shaven man: fool me once can’t get fooled again.

Oh, by the way. The other thing besides a beard that men have that women don’t is a penis. Didn’t want to leave you with a cliffhanger.