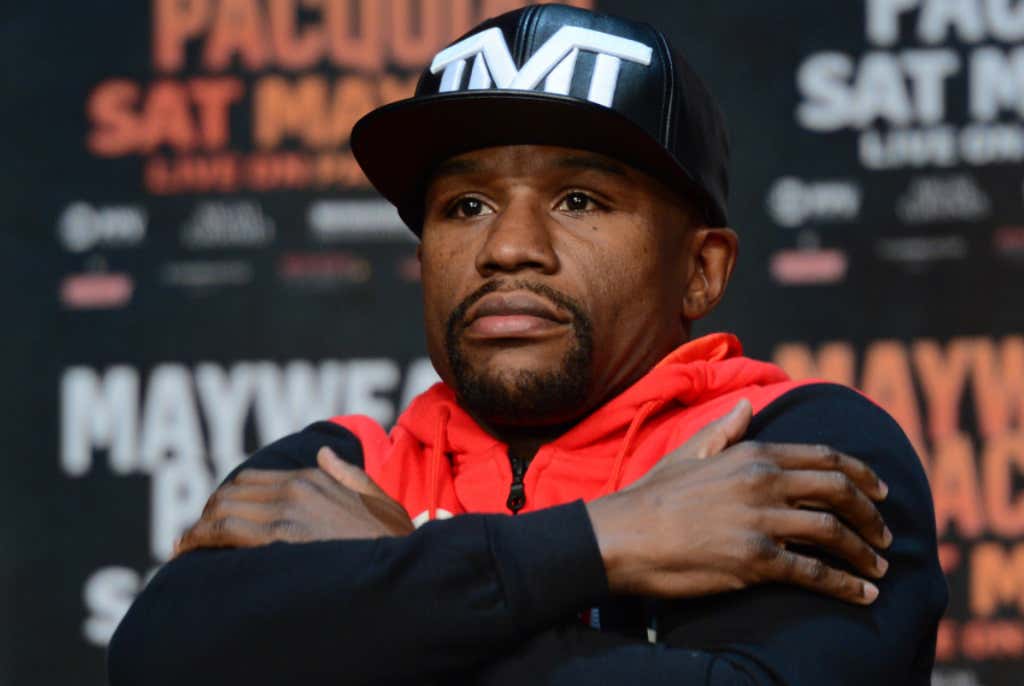 MMAFighting- Hours after UFC president Dana White said the promotion was having “real” talks with Floyd Mayweather about competing in the Octagon, Mayweather himself shot down the rumblings.

In an interview with FightHype (h/t MMA Weekly), Mayweather said people misconstrued what he said last week about the UFC. He didn’t say he was going to compete in MMA — he said he could make a billion dollars in the UFC if he chose to. But that doesn’t necessarily mean it’s something he will be doing.

“We just don’t know what the future holds for Floyd Mayweather,” Mayweather said. “And I don’t look forward to getting back in a boxing ring, that’s what i don’t look forward to. I’m just saying I could — I’m not doing it — but I’m saying what I could do to make a billion dollars quick, if I wanted to do that. That’s what I was saying. I never said I was gonna fight in the UFC. I didn’t say that. I said if I wanted to and what I could. Could and would do is different things. I’m not gonna do it, though.”

So, pretty much as I predicted earlier today…Dana White just flat out lied about Floyd being “in talks” to sign with the UFC. As he usually does. It was a cleverly timed lie, as Ariel Helwani points out here…

…because of the UFC’s upcoming television deal negotiations in a year where they haven’t exactly blown the roof off the place, but it was a lie nonetheless.

Floyd’s denial of any talks at all is something I believe because even while the earliest rumors of him vs Conor McGregor were making the rounds, he never flat-out denied it. He always said the door was open. Here, he’s just bragging that he’d be able to make a billion dollars and that’s it. It’s actually kinda hilarious. Just flexing allllllll over everybody.

I could also make a quick billie if I signed with the UFC. I won’t, because I’m loyal to Dave Portnoy and Barstool Sports, but just know…I could.

Bonus clip that was all over Twitter today, the cockiest thing Money Mayweather’s ever done? Talks to Jim Lampley about his gambling picks for the following day’s football matchups while fighting Henry Bruseles. Unbelievable. TBE for a reason.