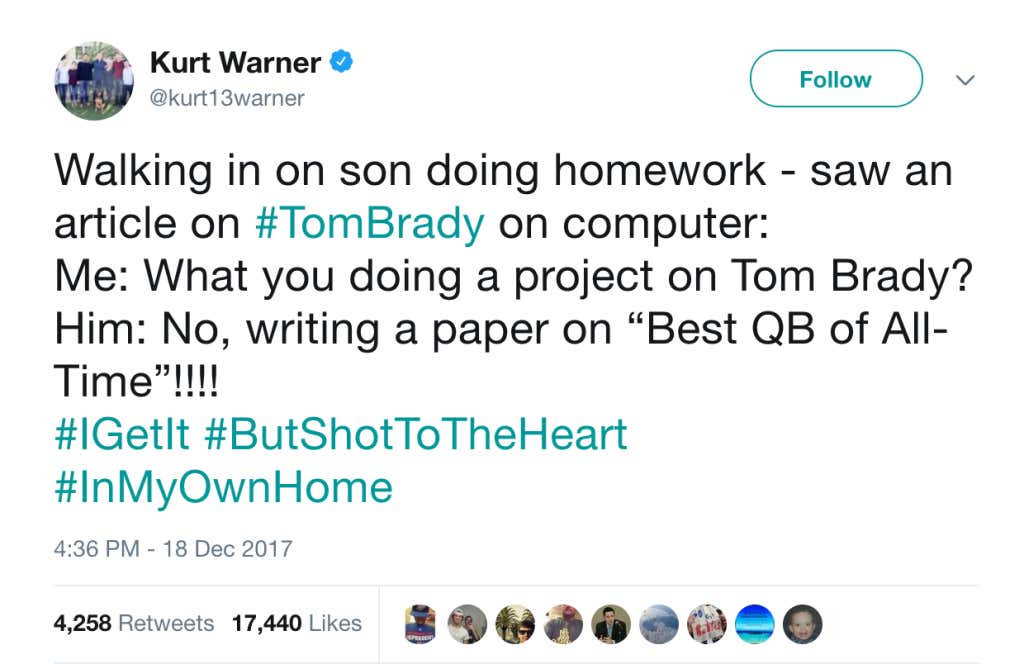 Kurt Warner’s son is actually his dad now. That’s how this works. Live in the man’s home, use his internet and computer to write this paper for the school he put you in to, and then tell that very same man he isn’t as good as the guy who beat him in a Super Bowl 16 years ago. It’s not right, it’s just not right. These millennial kids have no respect. That man took the Arizona Cardinals to a Super Bowl! You know how hard that is, kid?! He was at the helm of the Greatest Show On Turf! And now he has to ask his former-son-turned-man of the house if he can have seconds at dinner. On Hanukkah no less!

Not only did Young Warner fry his pops in the privacy of their own home, he also put him in one of the least fun debates on the internet for any sport: who is the GOAT? 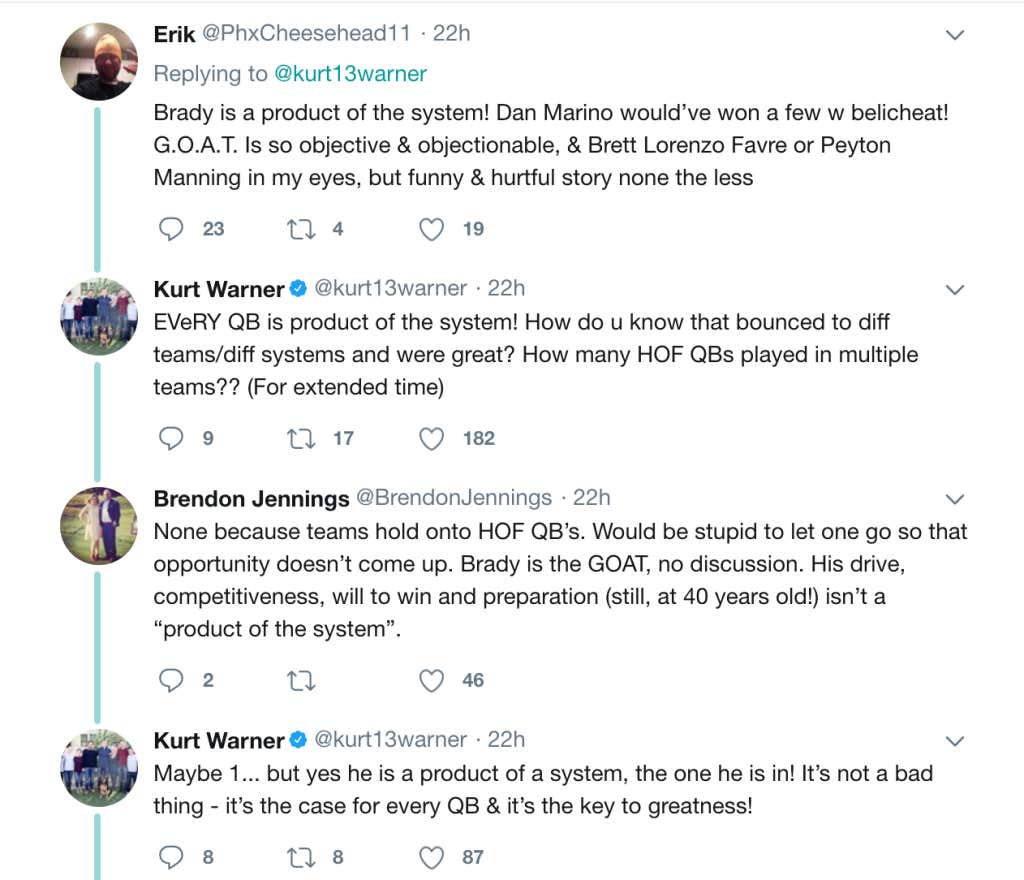 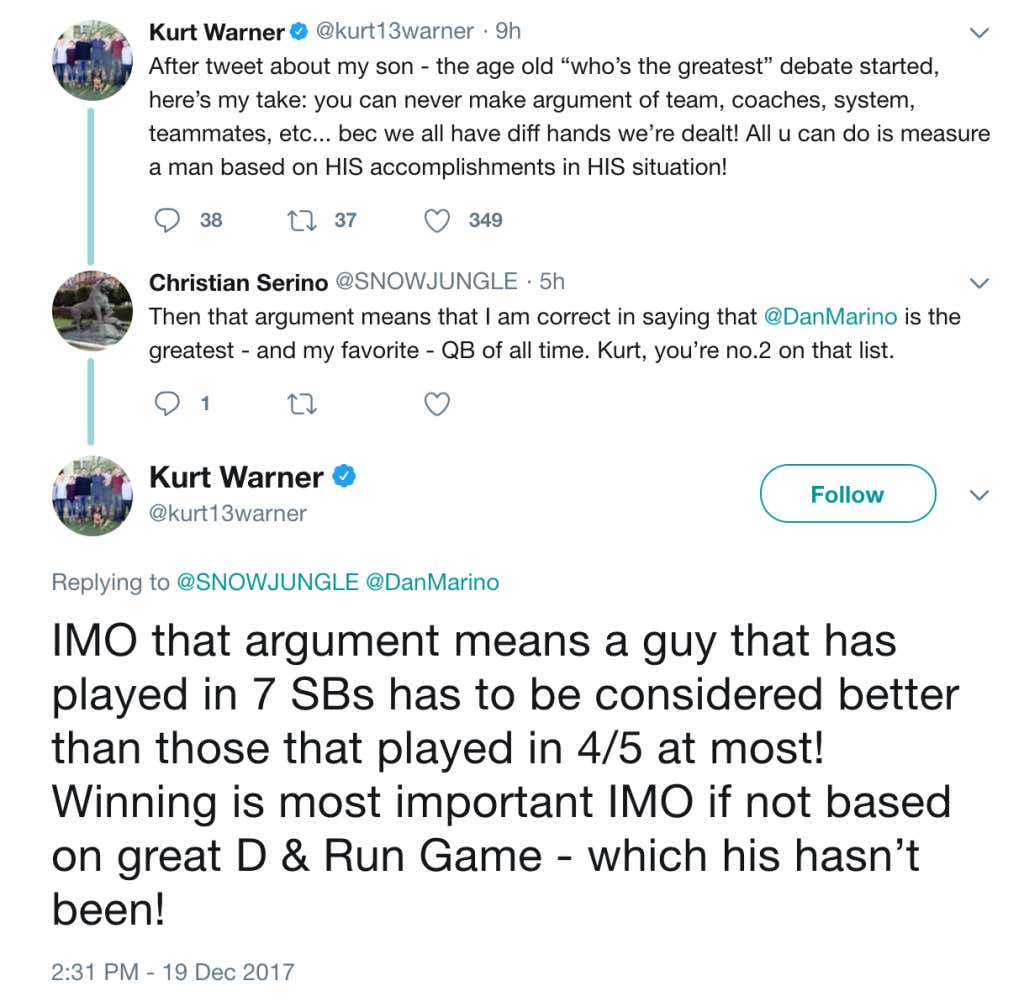 People coming from all angles to tell Kurt that either his kid was correct, which is textbook kicking a man while he’s already down, OR they’re tossing other people’s names into the ring, patronizing poor Kurt to the point where he feels forced to defend Tom and agree with his new Son Dad. You hate to see a Hall of Famer go down like this, you really do.