I fucking love AJ Pierzynski. Maybe it’s because I’m a wiseass prick myself, but I feel like this guy caught such a bad rap during his playing days because of stuff like this. If this story came out publicly the next day, then the Boston sports media would’ve killed Pierzynski for it, talked about how he’s a clubhouse cancer, get ‘em off the team, he’s a bad influence on the young core, blah, blah, blah.

But now we can look back on this three years later after he’s retired and recognize that it is, in fact, hilarious. The only thing is that it would’ve been hilarious then, too, regardless of what the talking heads in Boston would’ve had to say about it.

The best part is that I went back and watched the at-bat because it’s the middle of December and I literally have nothing else to do, and none of the pitches to Asdrubal Cabrera were in the strike zone. Zero. Pierzynski was clearly just sitting on that joke for days, maybe even weeks, and couldn’t hold it in any longer. Had to fire it off in the sixth inning of a one-run game on the road. 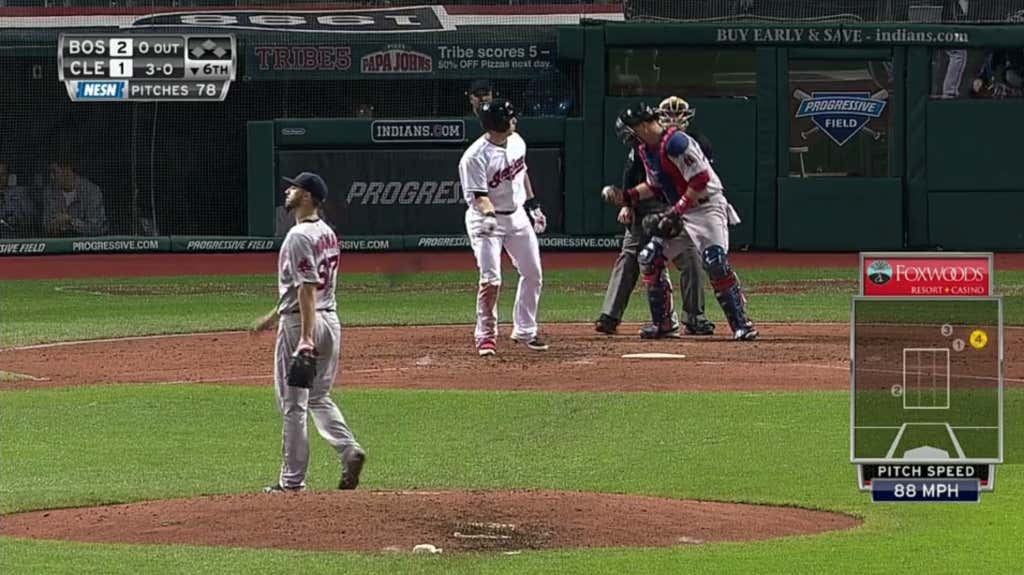 “What pitch was there to complain about? None of them were really that close.” — Jerry Remy after the ejection. Classic Pierzynski.