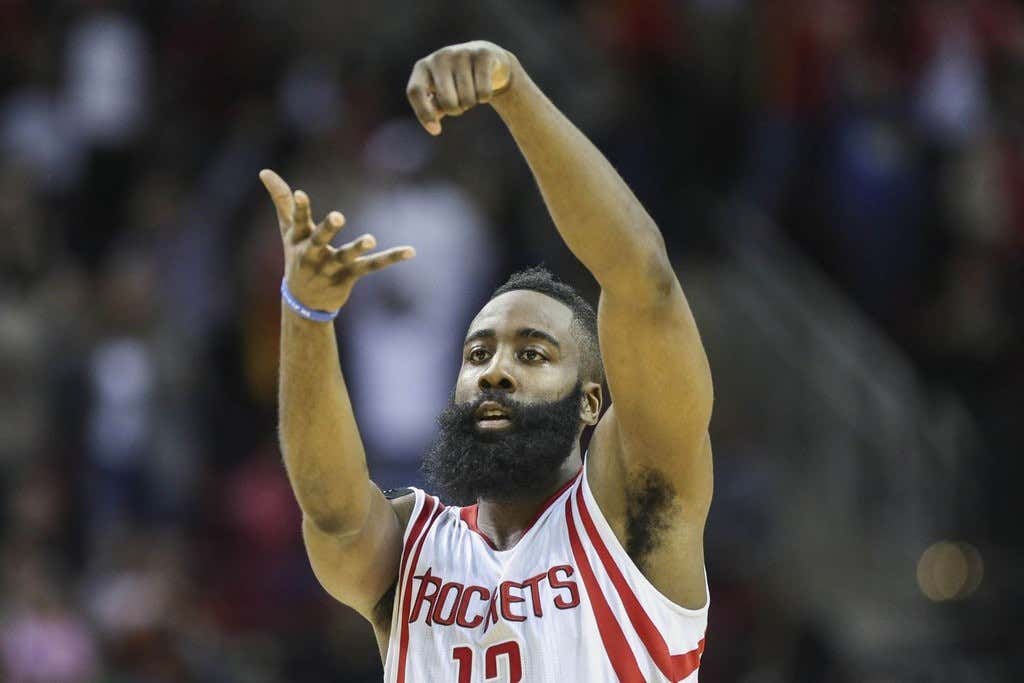 Part One of this legal drama concluded Dec. 8, when the bouncer at a since-shuttered Houston strip club, Darian Blount, 40, with several prior arrests, was sentenced to 35 years for leading the approximated 3 a.m., group assault and robbery — at least one handgun, $50,000 in jewelry — of Malone.

The assault, Malone alleges in a lawsuit, was ordered by Harden, with the promise of $20,000 to Blount and his helpers. All, including Malone and Harden, were in that club at roughly 2 a.m. on June 25 of last year, the day after Malone posted a Facebook message critical of Harden for charging $250 to attend Harden’s basketball camp as too costly for poor kids.

Prosecutors charged Blount and two others with beating and robbing Malone to show Harden they “had his back.” Malone claims his Facebook critique of Harden was spoken during the assault as the reason for the assault.

The story that no one is talking about. James Harden has Moses Malone Jr. beat up and robbed because Malone Jr. criticized the price of his summer camp. “Oh, you think my summer camp is expensive? Then we’re gonna rob you.” The logic is so sound it’s eerie. And, not to be a victim criticizer, but $50,000 worth of jewelry could buy a lot of expensive summer camp for a bunch of poor kids, if Malone Jr. really cares that much about the welfare of the children.

Dave covered this last summer, but we have no reason to believe Harden didn’t do this. Picture it. Harden is in the strip club, throwing literal fistfuls of cash. Probably tens and tens of thousands of dollars. He is all fucked up at 2 a.m., parlaying with some of the bouncers, when he spots Moses Malone Jr. across the bar. He drunkenly tells the bouncers he’ll give them $20,000 if they fuck him up. Meanwhile, he probably has $20k in his hands right at that exact moment, so a) who are they not to believe him and b) what is $20,000 to James Harden at that moment, when he’s about to fastball the exact same amount at the ass of some stripper who is hanging from the poll upside down like Spyda from the And1 Mixtape Tour. It’s completely feasible.

Can we stop calling this a “hit” though? Again, not to victim shame, but if someone didn’t try to have you killed it’s not a hit, at least not from my very narrow and specific world view. Also, I hope they didn’t brandish a .44 caliber handgun while robbing Malone, because I can’t help picturing him cowering on the ground asking “What do you got that fo’ fo’ fo’?”*

It’s very clear that James Harden has some kind of vendetta against Moses Malone Jr., and I’m curious as to why. Is he afraid that Moses Sr. is regarded as a better Rocket than him? Is he going to systematically have the shit beaten out of the Rocket greats and their children? HoustonPress.com ranks Moses Malone as the second best Rocket of all time, one spot ahead of Harden. In Harden’s mind, the only way to the top of that list is throwing ass beatings to the children of everyone ahead of him. The person who should be the most worried right now? Hakeem Olajuwon II.

Let’s just hope Harden’s defense in court is better than his defense on the court.

*this joke was an allusion to Moses Malone’s famous quote that his team would sweep the playoffs, winning the rounds in four games apiece. As Malone explained it, they would go “Fo’, fo’, fo’.” Malone’s team wound up winning the championship in 13 games, rather than the 12 that Malone predicted. Meanwhile, a .44 Magnum revolver is often referred to in rap music as a fo’ fo’, like in the Fat Joe classic My Fofo. Thus a sentence like “what do you got that .44 for?” could be truncated to “what do you got that fo’ fo’ fo’?”, thus echoing his father’s famous quote. I hope this explanation gave you some clarity if you had previously not understood this joke.