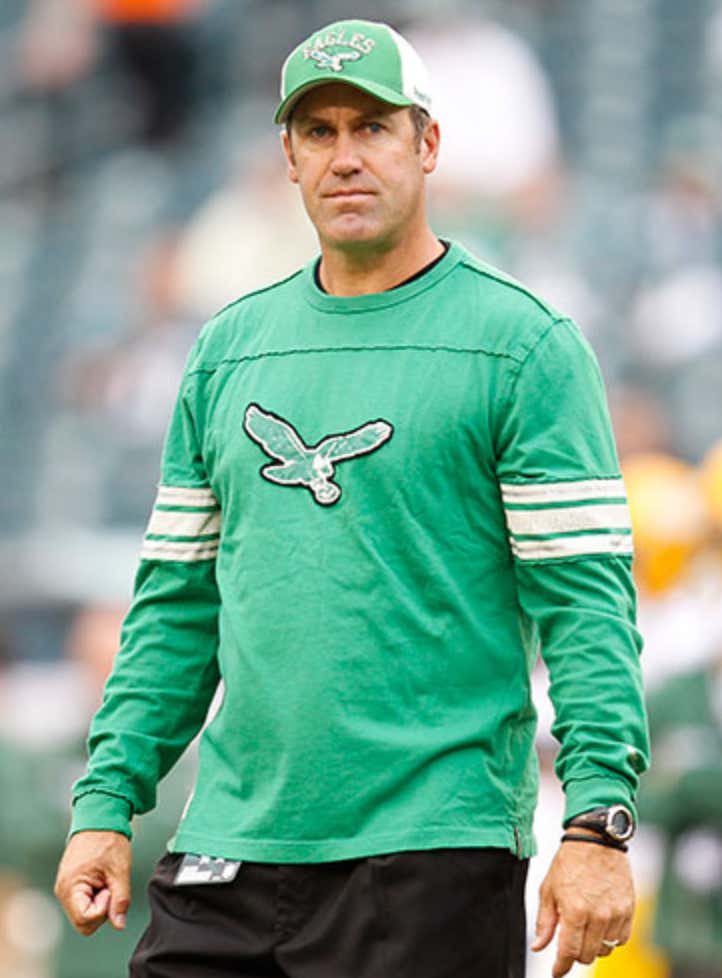 I’m convinced we are living in some sort of alternate universe. If I woke up with my head sewn to the carpet I’d be less surprised than if you told me I’d be lauding Doug Pederson as the best coach at football’s highest level – EVER. Let alone his second year. Just look at what I said in the blog after the Eagles hired Doug Pederson from the Chiefs: 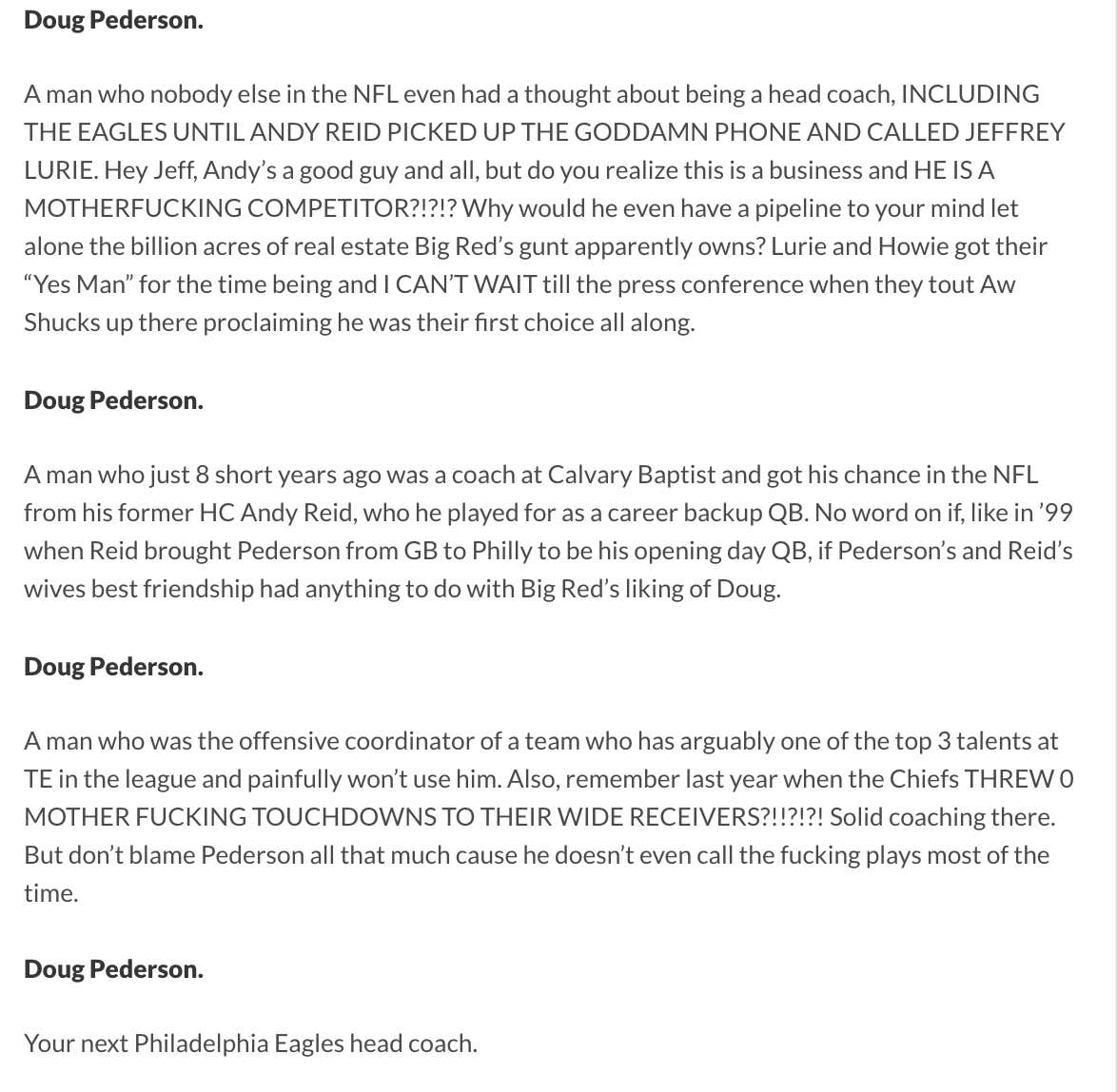 I was wrong. Dead wrong. And I wasn’t alone. Hell, even up through the beginning of this season people were still saying Doug was drastically under qualified, over his head, and possibly the worst coach in the league. But there’s no denying it now. Doug Pederson is one fine NFL head coach. A NFL best 12-2. 6-0 at home. 5-0 in the NFC East. 1 win or a Minn loss away from The potential MVP of the league and the leader of the team goes down, the backup steps in, the Eagles still score 34 points and gain 341 yards. That’s coaching. Every team gets injuries, but most teams don’t remain as good when the next man is forced to step up. Dynamic RB and breakaway PR Darren Sproles. The biggest contributor on ST in Chris Marangos. One of the best in the game and future HOF Jason Peters. And, of course, the freaking MVP front runner in the most position in all of sports – Carson Wentz. Not to mention having a beat up secondary all year and dealing with an offensive line that has been shuffling parts but has still been playing out of their shoes.

Sean McVay may still get the award because he’s the young, sexy pick (even though Doug beat him head’s up last week). Lord Belichick will still get love. Mike Zimmer for winning with a career 8th string QB. Doug Marrone for recycling trash down in Jax into something useful, too. But Doug deserves all the credit in the world. This team comes to play every. Single. Week. They’ve got a Blue Sky level chemistry going on that’s just as high. I was wrong. Doug Pederson, and his staff, are damn fine coaches in the NFL.

Prayers Up For Ginger Jesus:

Oakland on Christmas night. Win and homefield is ours with essentially a 2-week BYE. Ya gotta believe: