LET’S GO! Get Diddy to the Panthers immediately! Shiny jumpsuits during warmups, Ciroc Gatorade bottles lining the benches, constant pyrotechnics going off at all hours of the day, mandatory Harlem Shake touchdown celebrations, Cambodian breast milk in the team cafeteria, the best music and halftime shows in the game, how could this possibly go wrong?

Oh, well then, nevermind! That’s competition I’m sure the best player in franchise history would truly appreciate. Nothing like making your first plan of action taking the most controversial figure in all of sports and putting him in direct competition with your franchise QB in an attempt to win over the beautiful people of North Carolina. A foolproof plan I can’t see backfiring in any way, shape, or form.

However, even with this misstep of a platform, Diddy already has backing from one powerful North Carolina Panthers fan. 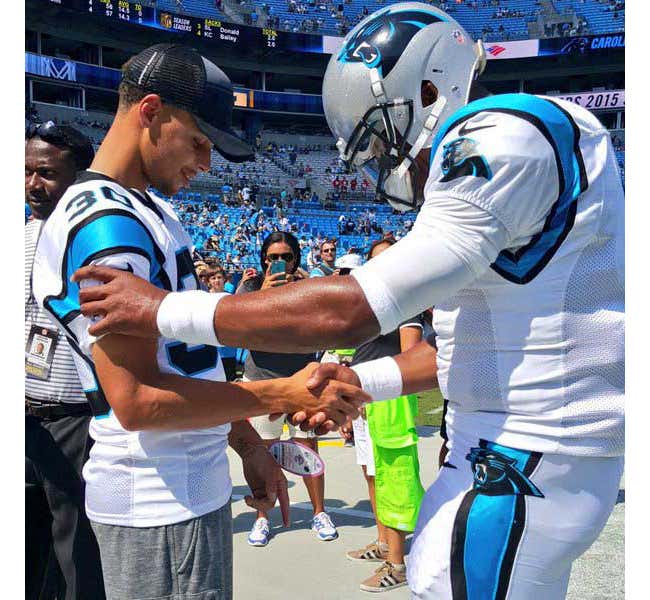 Wardell and Diddy! The Swagless Wonder and the inventor of the word, together at last!

In all seriousness, how ridiculous is it to watch people talk about buying an NFL franchise like we talk about ordering Chinese food after stumbling home from the bar? This wont happen, but it’s wild that it’s even a possibility they could spearhead a group of investors and get this done if they wanted to.

Diddy: “Hey man, you trying to go in on the Panthers with me real quick?”
Steph: “Florida or Carolina?”
Diddy: “Hmm, how about both?”
Steph: “Venmo work or you need me to run to the ATM?”
Diddy: “Just get the next one I know you’re good for it.”