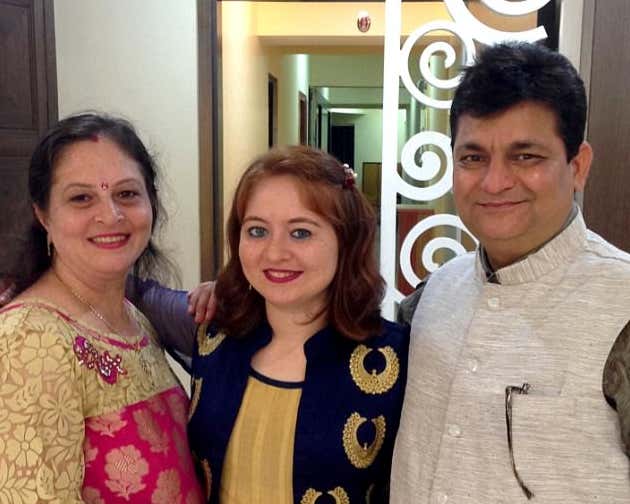 Daily Mail- Pooja Ganatra, 24, who was born in Mumbai, has flaming ginger hair, deep emerald eyes and white skin – like that of a stereotypical Gaelic woman.

But the proud Indian was actually born to ‘typically Indian’ parents who thought her freckles were a birth defect – and have no idea where her unusual looks come from.

It could be her appearance was triggered by an ‘evolutionary throwback’, called atavism, to genes that had been passed down from her ancestors after laying dormant for years.

Her unusual appearance also saw her rushed to hospital as a child over fears she had a skin disease.

Miss Ganatra said: ‘I’d love to get a DNA test one day to discover more about my ancestry because I don’t know anything about it.

She feared she would never have a boyfriend because no one would ever find her attractive.

And I thought I had it bad growing up ginger in America. 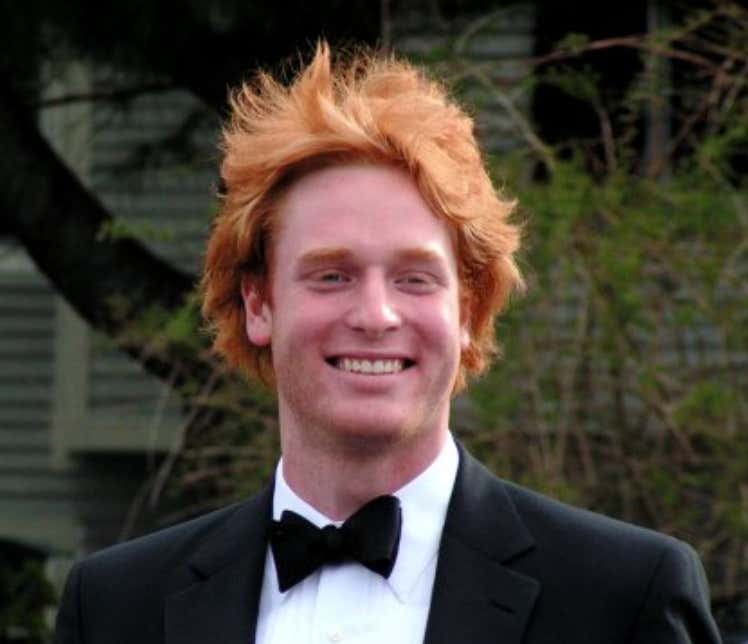 At least my parents didn’t rush me to the hospital when my freckles popped out every summer. Nothing like telling your daughter her red hair and freckles are a disease to instill confidence in a young woman. This genetic atavism concept is crazy. Imagine having genes kick in from generations ago to give you a child of a completely different race? Holy cow, imagine some klansmen, who thinks he’s the descendant of a “pure” bloodline, discovering that he’d fathered a black baby? Oh, to be a fly on the wall of that delivery room!

Secondly, Pooja, a DNA test is a BAD idea. The only thing that will tell you is that one of your parents is not your parent. You are the product of an affair, and something tells me your mother had sex with me. I’m your father Pooja. Tell your “dad” I’m sorry. Years back, we met at a software conference and lit some incense in my hotel room. What was supposed to be a simple conversation about Apple’s new “Macintosh Classic II” (it was 1992) quickly devolved into a frantic lust binge, full of uninhibited secretions. What can I say? We were young (I was 3). 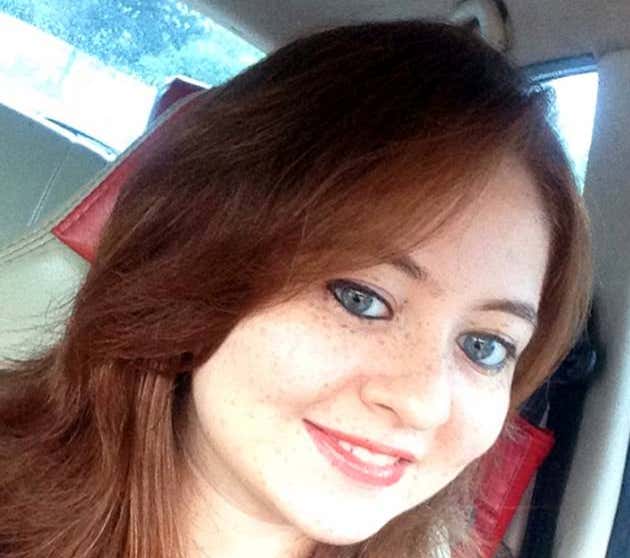 Miss Ganatra added: ‘Indians love to pose for photos with different-looking people from overseas, so I often get people coming up to me asking for pictures.

FAT CHANCE, Pooja. No way in hell she corrects people who think she’s from the West. When people ask you to take a picture with them, it’s the best feeling in the world. One time, Donnie and I were walking along the Great Wall of China and we convinced some Korean tourists that we were Dustin Pedroia and David Ortiz. Immediately, they wanted pictures. Did we burst their bubble and explain that we were not, in fact, the two Red Sox all-stars? Of course not! Nor has Pooja ever uttered the words, “relax, I’m Indian too.” She smiles and tests out that British accent as adoring crowds throw roses and tea bags at her feet.

The best advice I can give to any redheaded children who feel like outcasts? Get super jacked like Carrot Top. Spend your life under a squat rack. They’ll still find you repulsive, but the bullying will be a lot quieter.