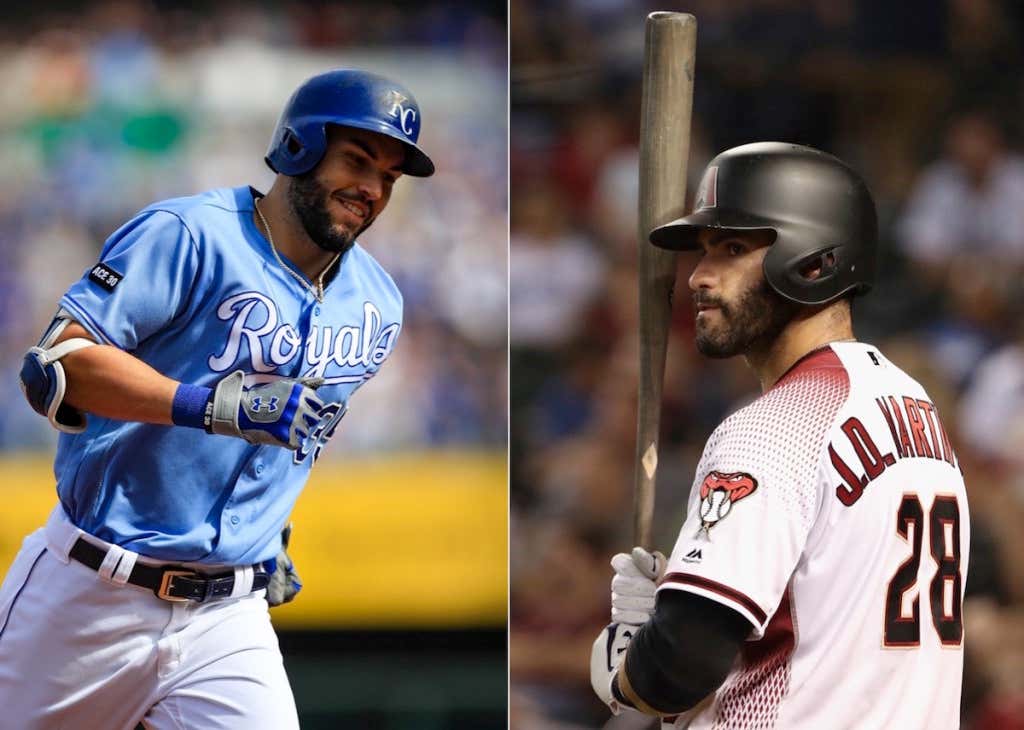 So, Dave Dombrowski left the last day of the Winter Meetings before noon today. The Red Sox haven’t done dick, not that many other teams besides the Yankees have made much noise either, but I think we can all agree that there is a certain expectation for the Red Sox to respond in a big way to New York adding Giancarlo Stanton, and to do so sooner rather than later. To this point, they haven’t done that. Instead, we just keep seeing report after report about how Dombrowski has quite literally done nothing.

This story’s my favorite from the Winter Meetings — Dombrowski openly admitting that he literally contributed nothing to the presentation that was submitted to Shohei Ohtani on behalf of the Boston Red Sox, then claiming that no other general manager in the game contributed to their teams’ presentation, all while several GMs are on the record as saying that they did. Those GMs must be lying, just like the reporters who wrote that the Red Sox had informed teams that Jackie Bradley Jr. could be had in a deal for a big bat. Dombrowski later called those reports false. (Spoiler: Dombrowski lied about that.)

This one was pretty good, too. Last night, Dombrowski just being like, “Yeah, I know JD Martinez is wandering around here somewhere, but no we haven’t met with him or anyone else for that matter. We’re just here for the open bar and a paid vacation to Florida. It’s cold as fuck in Boston right now. Thank God we’re here instead.” Meanwhile, Brian Cashman has more phones ringing than a Jerry Lewis telethon and the Yankees are linked to every notable free agent and trade candidate on planet earth.

You could say I’m frustrated, yeah. But then I saw this report and it gave me a glimmer of hope. No, not that the Red Sox are about to even the score with the Yankees, but that Dombrowski is actually doing something to improve the 2018 roster. That would be so dope. Michael Silverman of the Boston Herald has the details:

A source at the winter meetings said that the Red Sox are engaged in talks with not only free agent outfielder J.D. Martinez but also free agent first baseman Eric Hosmer. The intent is not to try to ensure signing one of the two elite hitters, said the source. The goal is to try to sign both of them.

This reminds me of the 2006-07 offseason when the Red Sox signed both Daisuke Matsuzaka and JD Drew. They REALLY wanted Daisuke, but only sorta kinda wanted Drew, although Theo Epstein loved Drew. They were both Scott Boras clients, so there were some whispers that Boras got Daisuke to Boston on a little bit of a discount if they also agreed to sign Drew, too. It’s funny, because Drew ended up being the better performer with the Red Sox with an 11.4 WAR in his five seasons compared to Daisuke’s 9.2 WAR in six seasons.

Surprise, surprise — JD Martinez and Eric Hosmer are both Boras clients. Now, while we’ve known for a while now that both of these players would be linked to the Red Sox once they hit free agency, this is really the first report that we’ve seen that the Red Sox were actually trying to sign them. Remember last year when everyone had Edwin Encarnacion going to the Red Sox because of the obvious fit with David Ortiz retiring? Yeah, they didn’t even call the guy. You never know how these things are going to pan out.

A lot of baseball folks keep talking about Hosmer’s intangibles, but intangibles don’t put baseballs over the fence or in the gaps. His career high in homers is 25 and he did that this past season, albeit for a second consecutive year, en route to hitting .318 with an .882 OPS. It was a fantastic season. I’m not saying that adding Hosmer doesn’t make your team better — he’s a clear upgrade over Mitch Moreland — but the length of the deal scares me, the inconsistency year-to-year at the plate over his entire career scares me, and the financial commitment that Boras is going to be looking to get for his client certainly scares me.

And I’m one hundred percent one of those “it’s just money” guys, but only for players that I know are going to be worth it. $295 million for Stanton? Knock yourself out. He’s the real deal. I wouldn’t have cared one bit about the Red Sox taking that contract on in full because you know that if he’s healthy, he’s guaranteed to do damage at the plate. Hosmer, though? No fuckin’ clue. Depends on the year, really. Am I going to kick and scream if he ends up in Boston? Absolutely not. He’d be a welcomed addition without question, but the point is that his addition does not come without risk.

As it pertains to Martinez, now you’re getting more into the “sure thing” territory. He hasn’t been a sure thing over the duration of his whole career, but he has been over the last four seasons. Since the start of the 2014 season, Martinez has hit an even .300 with a .936 OPS. Over that four-year span, the only other players who were able to maintain a .300 batting average or higher and an OPS of .900 or better were Paul Goldschmidt, Joey Votto, Mike Trout, and, of course, Martinez. Pretty good company to be in.

Of the two, Martinez will obviously cost more than Hosmer. Money isn’t an object for the Red Sox as long as the results are there. Or even when they’re not there, because they’ll still be paying Pablo Sandoval $18 million to play for the Giants next year. But it’ll be a significant investment to reel in Martinez, and it’ll be worth it if he can give the Red Sox at least 500 plate appearances and come anywhere close to his production over the last four years. Sure, the backend of that deal could get ugly, but that’s the position that the Red Sox have found themselves in — so desperate for a middle of the order bat that they have to shell out another big-money contract in order to upgrade their lineup and also reignite fan interest.

If you’re asking me between the two, which player I’d rather have, I think the answer is pretty clear in favor of Martinez. But do I think the Red Sox could actually sign BOTH Martinez and Hosmer? That would take more than just ink to paper with a couple of free agents to pull off.

Signing the pair would likely necessitate the Red Sox trying to unload first baseman/DH Hanley Ramirez’ contract. Ramirez is being paid $22 million this year and a same-priced option for 2019 would kick in if Ramirez reached attainable incentives as an everyday player.

Good luck trying to unload the contract of a 34-year-old DH who’s coming off shoulder surgery and a season in which he hit .242 with a .750 OPS. If that’s the kicker, that the Red Sox would have to trade Hanley Ramirez in order to sign both Hosmer and Martinez, then they’re not signing both Hosmer and Martinez. Sign Martinez, move Hanley back to first base and call it a day.