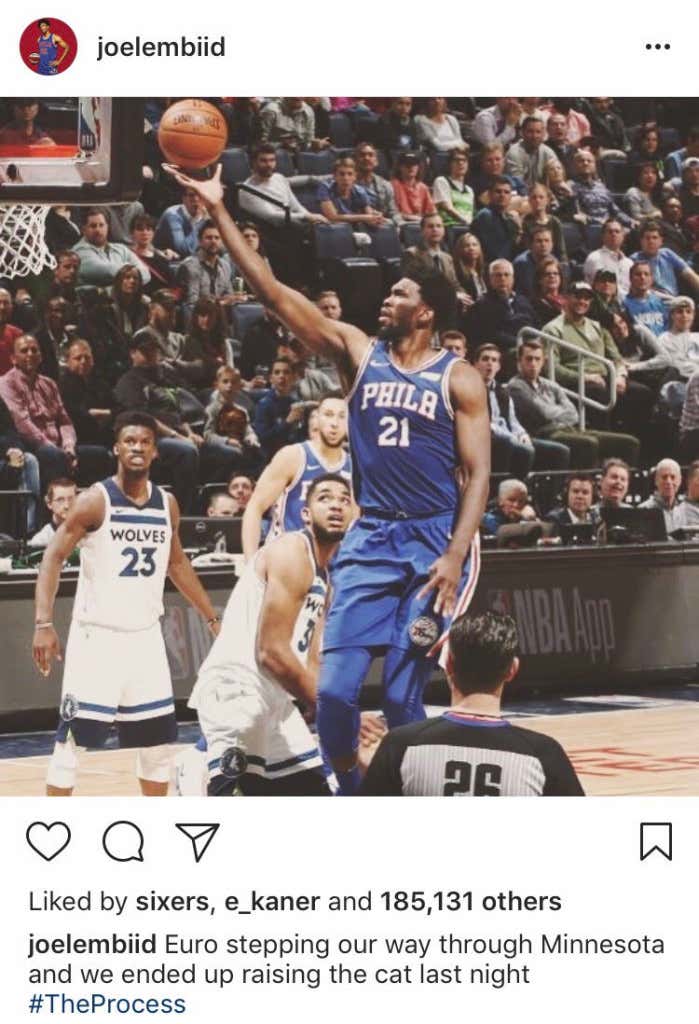 By now I feel like we no longer have to elaborate on Joel Embiid’s dominance on social media. His entire body of work speaks for itself. Which would also lead you to believe that we’ve reached a time when other professional athletes would realize that it’s in their best interest to just avoid JoJo on social media at all costs. Unfortunately for Karl Anthony-Towns, he had to learn this the hard way.

Now a couple of things here. 1) Yes, the photo quality does suck. We live in a world where cameras are so HD that you can see the follicles of hair on an asshole in a picture from outer space. This photo looks like that same shitty quality on your buddy’s Snapchats who still uses an iPhone 4. But that’s neither here nor there because 2) As far as captions on Joel Embiid Instagrams go, this was probably the most harmless of them all. I get that you’re getting posterized in this photo and you have to come in to defend yourself after an overtime loss, but this is hardly the caption to get yourself killed over. Sometimes you just have to swallow your pride and take a lower case “l” instead of trying to get big with the GOAT and landing yourself an upper case, bold, italicized and underlined “L“. You know what I’m saying?