Shout out to whoever came up with this tweet at TNT. I mean I think the question stinks but it clearly was an attempt to go viral like those people that put gross shit on their pizza and Pop Tarts. All you need is the right person to quote tweet it with “Oh my God, did you see this guy from Seattle puts banana peels and dryer sheets on his pizza? Those hippies in Washington are so weird!”. Next thing you know, the amount of retweets you are logging has a K next to it and you are a viral sensation.

I mean I think the only person that truly believes Lonzo is having a better rookie season than LeBron did is LaVar Ball. Yeah the Lakers stans will chirp about triple doubles and record like that truly means anything for this question. But if you shot those Laker fans up with truth serum, they would say Bron was better than Lonzo as a rookie and better than Kobe for his career. I love the BBB movement as much as the next guy, but Lonzo doesn’t know how to shoot a basketball yet. Kind of a problem in my humble opinion. LeBron was the most hyped athlete I have ever seen in my life and he actually surpassed the expectations. Lonzo has been good but not LeBron good.

And before people act like Zo is making chicken salad out of chicken shit while LeBron was working with a #superteam, look at these two rosters. 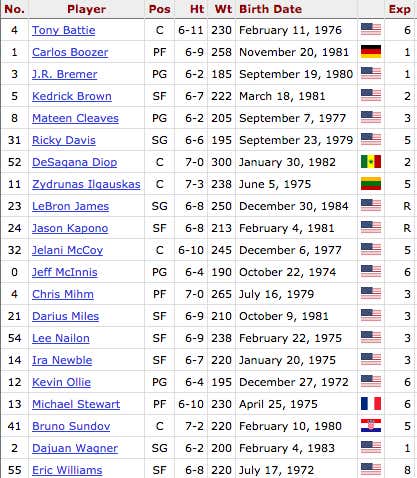 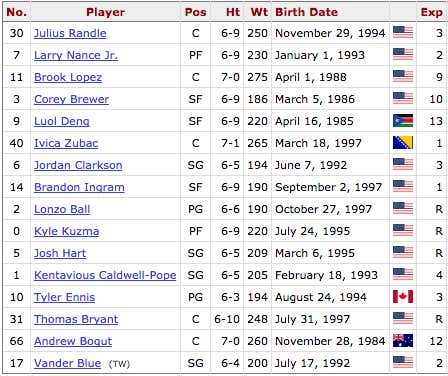 Some hits and misses for both teams. The Cavs names are incredible though. Tony Battie, Dajuan Wagner, Mateen Cleaves, Desagana Diop, D-Miles, The Bucket Man Ricky Davis, Lee Nailon. It’s like watching the prequels and finding out why LeBron ended up going Darth Vader on The Decision by taking his talents to South Beach. Especially when the best player on that roster not named LeBron (no disrespect Big Z) lied to the blind Cavs owner and chose to take his talents to SALT LAKE CITY instead of playing his whole career with LeBron and probably winning multiple rings.

That being said, LaVar is so batshit crazy, I think he has actually convinced himself to believe that Rookie Zo has been better than Rookie Bron.

But again, I’m not here to hate on this tweet. I’m here to embrace it. The viral game is the game yo. Next up, ESPN will be asking if Lonzo could beat the 96 Bulls in a 7 game series or Alabama in a bowl game. Whatever you gotta do to get those clicks and retweets baby. Hey speaking of which!

P.S. The true comparison here is Rookie LeBron to Rookie Ben Simmons, but my simple brain refuses to acknowledge someone is a rookie when they weren’t drafted that year because I remember when Arvydas Sabonis was a 31 year old rookie back in the day. Hey Arvydas is Lithuanian! Somehow all roads lead back to Lithuania. Maybe LaVar has a plan after all. #BigBallerZone

And just because I don’t know if I will ever have a chance to do this again, here is an Arvydas Sabonis Top 10 Highlights video. Bet you didn’t think you would be watching Arvydas Sabonis highlights when you woke up this morning.

A big man that can drop dimes but also has unbelievable moves down low? Where have I seen that before?