Do I want to come in here and completely change the sport of hockey? Absolutely not. It’s not like I’m trying to overhaul the entire rulebook here. All I’m saying is that if your tendy gives up a goal from center ice, then that goal should count for 2. Not as a reward to the team/player who just scored. But more as a penalty to the team/goalie who just gave up the goal from 90 feet away.

Obviously PK Subban can unleash some lasers. If you get torched by one of his clappers from the blueline, then welcome to the club because 60 other goalies in the league have as well. But from center ice with zero traffic in front of you?

I just don’t think that should only count as one goal against is all. Not that it really mattered at all since the Predators didn’t need the extra point up on the scoreboard. They ended up winning 7-1 last night. It’s just a matter of principle at this point. Any shot that goes in from center ice should be a 2-pointer and I think it’ll make the game a lot more interesting. Especially for teams who struggle to get through the neutral zone with speed. You sign one Fulton Reed in the offseason and all of a sudden teams aren’t running the 1-3-1 trap on you anymore since they know you’re locked and loaded from the opposite blue line.

Oh and P.S. – we also had a no-bucket goal last night.

Nothing better than being able to celebrate a goal with the hair flowing in the wind. 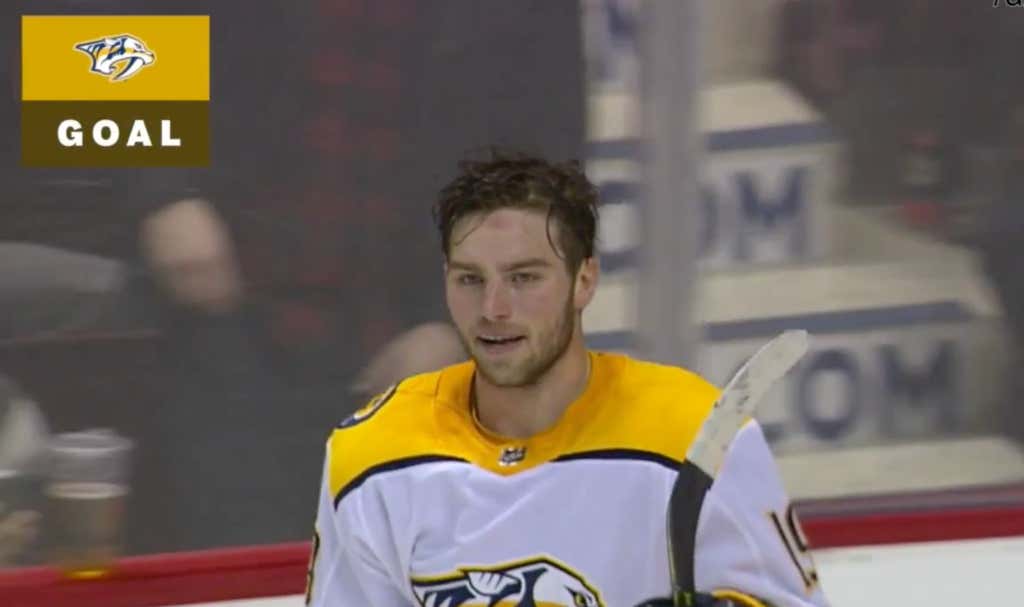