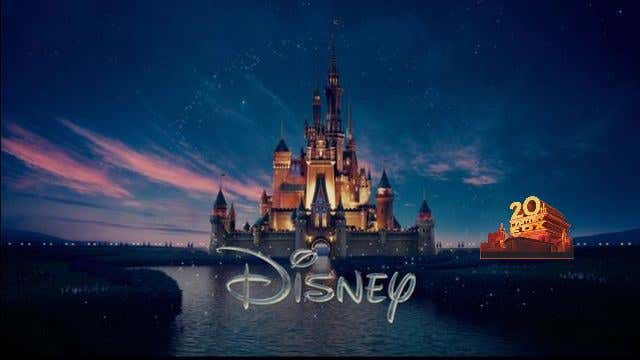 The Verge- Disney has acquired 21st Century Fox’s film and TV studios in a landmark deal worth over $52 billion. The arrangement covers the movie studio 20th Century Fox, the company’s TV production arm 20th Century Fox Television, Fox-owned cable networks (including FX and National Geographic), and the company’s stakes in international networks like Star TV and Sky (which Fox is planning to acquire full ownership of before the sale is completed). Disney also will gain a majority control of Hulu in the deal, with Fox’s 30 percent stake giving Disney a controlling interest of 60 percent. Comcast and Time Warner will be reduced to minority stakeholders, with 30 percent and 10 percent stakes, respectively.

As reported earlier, Fox is looking to shed what it views as deadweight in its entertainment divisions in order to focus on the far more profitable news and sports sides of its business. As such, the company is keeping control of the Fox broadcast network, Fox Sports, and the Fox News and Fox Business brands.

It also means that Disney — which is looking to open its own streaming service in competition to Netflix — now has an even larger back catalog of shows and TV series that it could feasibly offer exclusively on its service. Other franchises that now belong to the House of Mouse include the Avatar series (which makes Disney’s Pandora theme park a whole lot more sensible), the Aliens movies, Ice Age, the rebooted Planet of the Apes, The Simpsons, Buffy the Vampire Slayer, How I Met Your Mother, Futurama, Firefly, and The X-Files, to name just a few, all of which would be a massive boon for Disney’s upcoming service.

Well there it is. Disney finally got its Giancarlo Stanton and the word “Billion” is being thrown around my timeline all willy nilly like its chump change. Bob Iger saw the way the landscape was changing, realized that the hottest media company in the game (Bahstool Spawts dot com, is that right? Bahstool Spawts dot com) hated his company’s guts, and moved onto Plan B to combat ESPN subscribers cutting the cord at an alarming rate. Open up the wallet and spend billions upon billions of dollars for 20th Century Fox. The Titanic added some new rooms and chandeliers but the Pirate Ship continues to sail in the stormy seas. Disney has ESPN, Fox still has Fox Sports, and Barstool Sports has Rough N Rowdy, which you can buy today for $9.99 or wait until tomorrow and pay $15.99. Last one to the moon is a rotten egg, Bobby Boy.

After this purchase, we now have a better idea of what our dystopian future will look like. If you want to buy food or goods (sick 8th grade word there, Clem), you will go through Amazon. If you want to watch a movie or TV show, you will go through Disney. And if you want to get on the internet, to do any of that, you will probably pay every dollar you have left over to the ISPs since the fuckheads at the FCC will probably have murdered Net Neutrality by then. If this was a game of Hot Seat, Cool Throne, Netflix’s ass would smell like bacon.

You also can’t ignore this all happening on the day The Last Jedi premieres. Iger pulled a Michael Corleone and handled all family business.

The Fox acquisition also means that Disney finally controls the rights to the original Star Wars film (also known as Star Wars Episode IV: A New Hope), which Fox has previously owned full distribution rights to in perpetuity, along with the home video distribution rights for Episodes II through IV (which were originally supposed to revert to Disney in 2020.)

Imagine if all this entire purchase was a long con by Disney just to acquire those three Star Wars movies a few years earlier just so they could add a few more CGI-fueled singing and dancing numbers to the original trilogy? I wouldn’t put it past George Lucas if he was still in charge. I wouldn’t mind seeing what a jazz lounge in Bespin looked like.

And Star Wars wasn’t the only #brand to have a family reunion today.

Along with 21st Century Fox’s various production companies and distribution networks, Disney also is taking ownership of the company’s vast catalog of intellectual property. That means that comic book characters like the X-Men and Fantastic Four are now back under the stewardship of Marvel Studios — a status quo that Disney notes in its press release as allowing the company to “create richer, more complex worlds of inter-related characters and stories.” Or, in other words, it opens the door for characters like Wolverine or Deadpool to cross over into the Marvel Cinematic Universe.

The Marvel Universe didn’t change, it just got more fierce! Now the people that know how to do Marvel movies right have a full catalog to work with (except for Spiderman, who Disney at least now has a pseudo partnership with). If you guys can make The Avengers the biggest franchise on the planet, you can take X-Men (a muchhhhhh better comic book series imho) and win the box office every single year. Well you are probably already going to do that. But give me an X-Men that lives in Rotten Tomatoes Top 50. Is that too much to ask?

We cannot overlook the ridiculousness that could ensue from two different Marvel Universes colliding along with the Disney Universe.

But seriously Disney, please please pleeeeease don’t fuck up Deadpool or any other R-rated movies. I’m willing to give you guys the benefit of the doubt because those movies make BANK. But you guys also did (still do?) that bullshit when you put a classic movie in the vault and don’t let anybody buy it. Real deal rich brat shit that’s almost even worse than Darren Rovell ordering anchovies on his pizza in college so none of his roommates would eat it.

Speaking of Rovell, here is a little fun fact of The Simpsons welcoming their new media overlords 20 years before it happened.

Back to Disney. Can you guys please make sure the next Die Hard movie doesn’t suck balls? The franchise is currently on a 2 movie losing streak and it needs to stop. John McClane is a national treasure and should be treated as such. As a sign of good faith, maybe make a Die Hard ride at Hollywood Studios. I mean if you opened up an entire section for fucking Avatar, I think you can find a spot for the greatest movie ever made. Oh yeah and give us a Planet of the Apes world. Those movies are absolute fire. Best thing coming out year after year. #synergy

Also while I’m here, feel free to erase the last 15 years or so of The Simpsons, rewrite and reshoot the last season or at least episode of How I Met Your Mother, make the Always Sunny guys do a new season every year until they no longer want to do the show, and put the stake back in Sarah Michelle Gellar’s hands. Wifey looooooves her some Buffy The Vampire Slayer.

P.S. I seriously wonder how any lawsuits coming out against Fox executives or talent for past transgressions will be handled in this deal. The amount of scumbags that have been revealed in Hollywood has to give any company pause before they buy up tons of entertainment franchises.