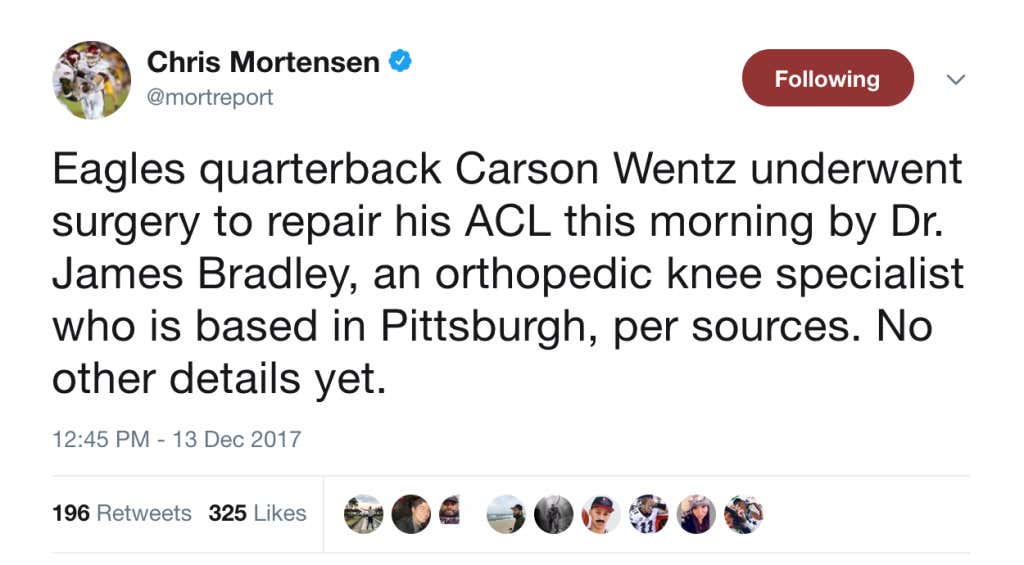 Let me start off by saying I have nothing but faith that Carson Wentz will come back from his ACL surgery better and stronger than before. He’s got Jesus on his side and all the man does is work his ass off. With that being said…. well I can’t help but to have a pit in my stomach at the thought of a doctor based in Pittsburgh performing his surgery.

HOW YOU GOIN’ WANT WHAT’S BEST FOR ME? YOU FROM MIDLAND!

Am I alleging that Dr. James Bradley would purposely botch Carson’s surgery just because he’s jealous that the best young quarterback in the league plays in Philly? No I am not. Especially because I feel like that’s libel just waiting to happen. What I am saying is that I’m going to need day-to-day updates on that left ACL just to make sure nothing went awry.

I wouldn’t trust the city of Pittsburgh as far as I could throw Mark Madden. They love the fact that they have had like 10 more championship parades than Philly and that’s even without having an NBA franchise. They love the fact that the Flyers haven’t won the Stanley Cup since 1975. It’s literally all they ever talk about. They don’t care about the Penguins winning Stanley Cups. Hell, they don’t care about the Penguins at all considering they almost let them relocate twice already. All they care about is that Philly doesn’t win. It’s this bizarre obsession they have with our city. So when one of the NFL’s brightest young stars almost guarantees that Philadelphia will have at least a decade of success on the way right as their quarterback is being held together by rubberbands and paper clips? Well all I’m saying is that I wouldn’t put it past them to try to pull some sort of fuckery here.