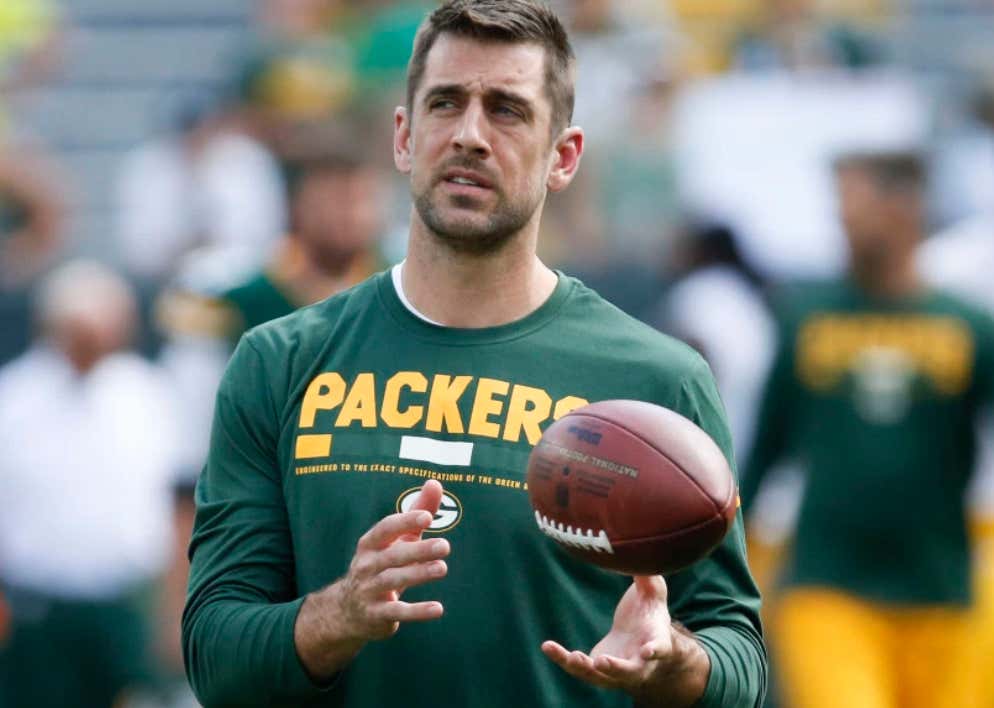 Those horrible doctors! Dr. Pat McKenzie is all about exploiting players and forcing them to play! Never about the player first, only the team! Right Marty Bennett? 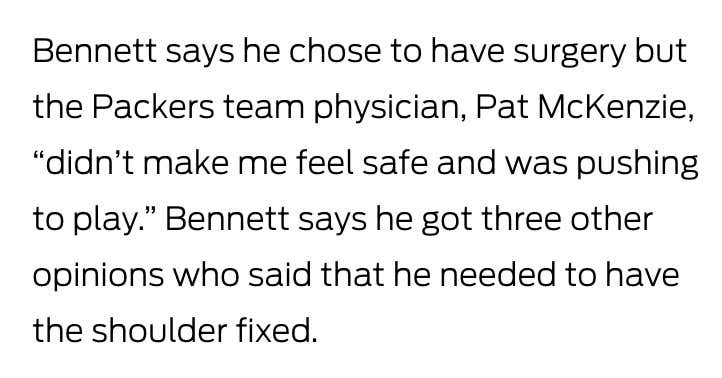 “They panicked. Thinking that I was trying to go on the IR and be on their books next year. When I mentioned that I would possibly retire. So they tried to f— me before they thought I would f— them. This was all about the money. All about the money. I get it. But don’t lie, homie. You know wtf was up.”

So let’s set the situation. The Packers have a real chance of making the playoffs if they win their remaining games. They will not accomplish this with Brett Hundley at quarterback (@Carolina, vs. Minny, @Detroit) and Aaron Rodgers has just come off the IR after rehabbing his surgically repaired collarbone. All is good as new right? Bring Rodgers back on the field and let’s go to the playoffs. His collarbone has to be 100% right? Wrong. Rodgers collarbone was never going to be fully healed in the allotted time since the surgery, but it didn’t have to be. As long as the scans show the bone has healed at least 80%, what was expected by this point, Rodgers should be good to go. Rodgers underwent scans yesterday and a decision was expected today if 12 was gonna suit up in Carolina. The only thing we’ve heard out of Green Bay today is the word “crossroads” and that’s because the doctors are actually doing their job.

Weird, it’s as if Martellus Bennett made up everything he said about Dr. Pat McKenzie and how the Packers’ doctors push people to play while they’re injured. No, in this case like every other with Green Bay, the player (Rodgers) is begging to play. He’s dying to get out there and push this team to the playoffs and make a run. It’s the Green Bay doctors who are hesitating at the thought of Rodgers possibly re-injuring himself, aka they care about his health more than anything else. As a fan, this was expected because we’ve been down this exact road before when Rodgers last injured his collarbone. There was a legit fight between Rodgers and the docs to get him back on the field. I think he’ll be out there Sunday, but it’ll only be because the doctors truly believe he’s healthy enough to do it. Not because the Packers need to win.

On behalf of Green Bay, fuck you Martellus Bennett