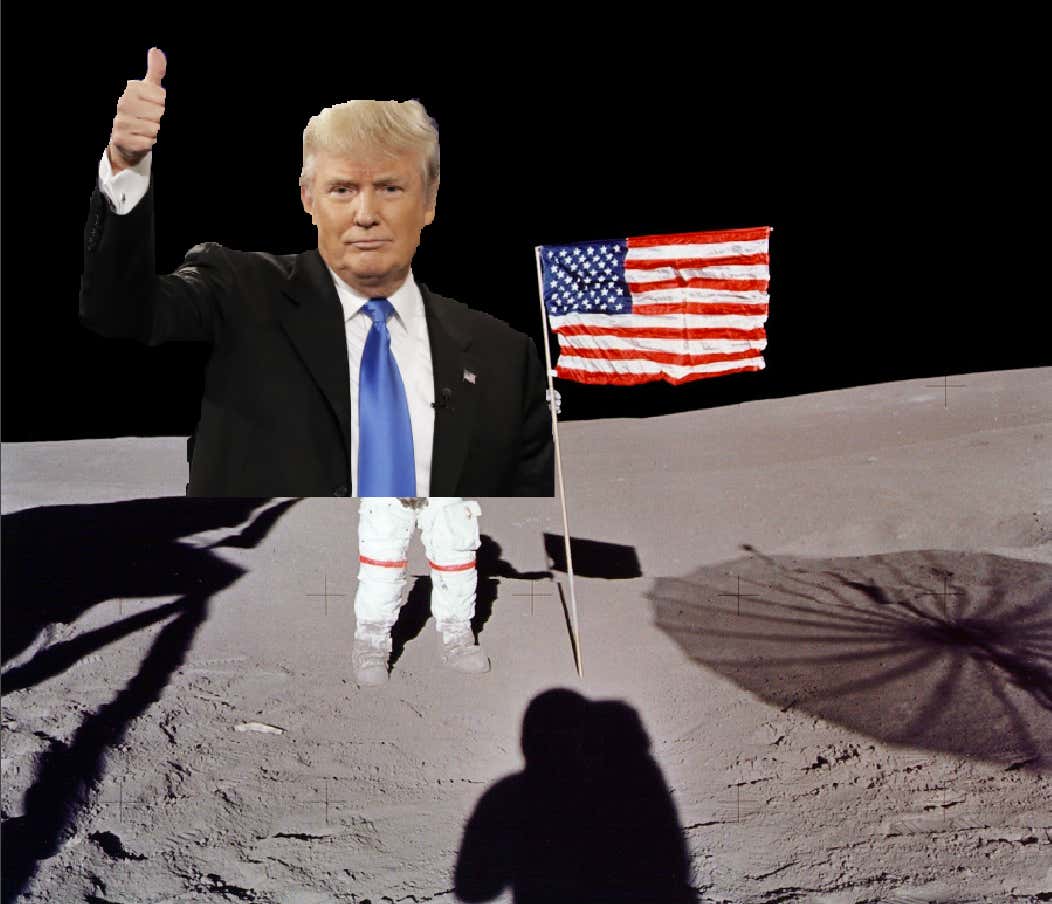 Bloomberg — President Donald Trump on Monday will direct the National Aeronautics and Space Administration to send American astronauts back to the moon and eventually to Mars, shifting the agency’s mission from the study of Earth and a longer-range plan to explore Mars.

Trump is scheduled to sign a directive to the NASA administrator on Monday outlining the new mission. Deputy White House Press Secretary Hogan Gidley said in a statement that the new policy reflects recommendations from the National Space Council, a White House advisory panel Trump appointed earlier in the year.

The president “will change our nation’s human spaceflight policy to help America become the driving force for the space industry, gain new knowledge from the cosmos, and spur incredible technology,” Gidley said.

Big announcement today, Trump has directed NASA to take us to the moon! Very exciting, hopefully we get there before the Russians. All jokes aside, I was doing some moon landing research over the weekend (I watched a Voyager documentary, very interesting you should check it out, and that took me down a moon landing rabbit hole) and stumbled upon a few surprising facts.

One, nobody’s been on the moon since 1972. Isn’t that nuts? HEATED race for years and years, then a half dozen missions put folks on the moon over the course of just about 3 years, then poof, that’s it, nobody goes back? We’re just over the moon now? That big ass rock orbiting our planet was just a fad?

Two, no non-Americans have ever walked on the moon. That too is nuts. How does the Soviet Union just give up after we got there first? At least send a guy up there to check out the flag, make sure it’s legit. Weird move to just abandon the whole thing.

Three, each moon landing had a third astronaut who, despite going all the way up there, did not step foot on the moon. One astronaut who remained aboard the command module the ENTIRE time. How the fuck do you let that happen? How do you not tap one buddy on the shoulder, “Hey you mind babysitting the ship for a few minutes while I go for a stroll, snap a quick pic?”

Anyway, Trump’s sending us back to the moon and I’m excited about it. Will be nice to get some HD footage to replace that old shit. Then Mars. Good things coming, gonna be a hell of an event heading to the bar to watch the Mars landing.