What a way to kick off the biggest week of the offseason! KFC and countless other Mets fans were ready to jump off of a bridge after the Stanton news came down on Saturday and the Baseball Maverick followed all of that up with his typical brutally honest kicks to the dick. Me? I’ve already convinced myself Stanton will struggle to stay healthy in pinstripes and that contract will become an albatross sooner rather than later because my defense mechanism of being a battered Mets fan kicked in extremely quickly.

To be honest, I can’t even blame Sandy all that much. If he danced around all these questions about free agency and trades, Mets fans and the media would kill him for that. If anything, I wish we could inject Sandy with truth serum and ask his real feelings of the franchise. And you know what he would probably say? “My owners are cheap fucks and I am trying to make chicken salad out of chicken shit!” The fact the Wilpons are still allowed to run this team after Wilpon snatched their money just shows how deep their contacts at the MLB office must go, regardless of how many chicken fingers they fed Portnoy and Boy Toy Borrelli in their suite.

While teams that have winning the World Series as their most important goal for the season were figuring out ways to trade for Giancarlo Stanton or sign Shohei Ohtani, the Mets are just watching their (always injured) pitching staff progress another year closer to free agency. I model my entire existence around the phrase “Underpromise and overdeliver.” But Sandy’s out here trying to make an art form of it by throwing a few riddles and jokes out there so Mets fans have to digest his rhetoric before crying themselves to sleep as the Yankees add another high-priced player while the Mets play with their pud. I mean Giancarlo Stanton is cool and all. But you know what’s really cool? Brandon Nimmo! Why tie up every cent your bankrupt owners have in Stanton when you can get 1/10th the production but even more injury issues at a fraction of the price!

I can’t even get mad about the Mets reluctance to spend big money on a relief arm.

Yeah it would be nice to unleash chaos on teams like the Yankees did with Betances, Miller, and Chapman. But at this rate, I’m just happy the Mets are willing to mayyyyybe go to the clearance rack and spend a few dollars on whoever is left once the real baseball teams are done shopping. Sometimes finding a fire shirt from Marshall’s or TJ Maxx for half the price makes you feel better than spending full price at a regular store. If the Mets can find that pitcher that “magically” adds a few MPH to his fastball at a discount, that’s fine with me. Bullpens are a crapshoot anyway. But it’s still sad that this is what Mets fans a hoping their big market team can frugally shop well or that Ruggedly Good-Looking Mickey Callaway can continue his magic with the Indians in Flushing. Oh yeah and fuck the Wilpons.

And since this blog is pretty much a giant dumpster fire of sad Mets tweets, lets take a look at the truest tweet of 2017. 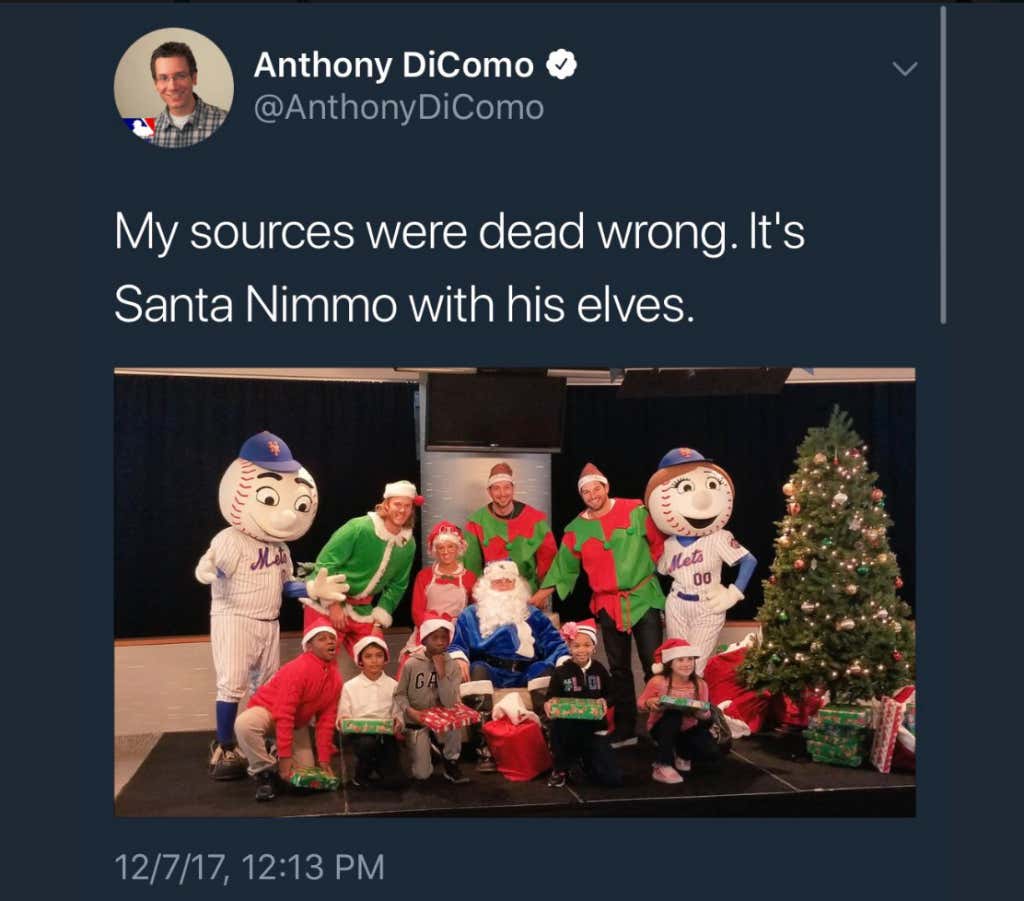 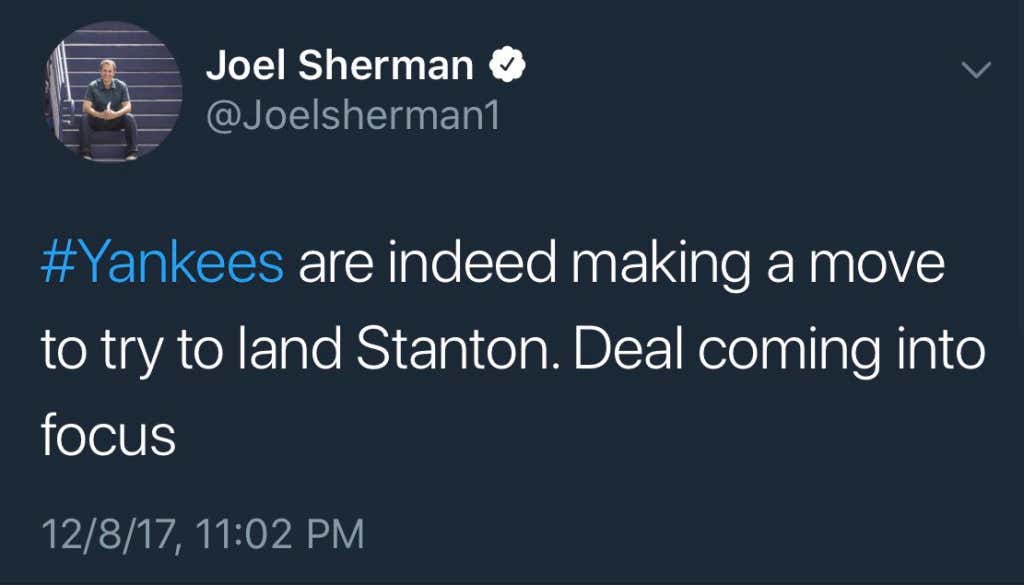 At this rate I want the Mets to bring back Eric Campbell, John Mayberry Jr., and Ollie Perez just to see what Mets fans do. If a team that went 70-92 last season and literally sold off its veterans at the trade deadline are bargain shopping, they clearly don’t give a fuck about what their fans think.

I don’t know what else to even say other than buy a shirt. This should be the new Mets logo. At least it tells the fans how ownership really feels about them.