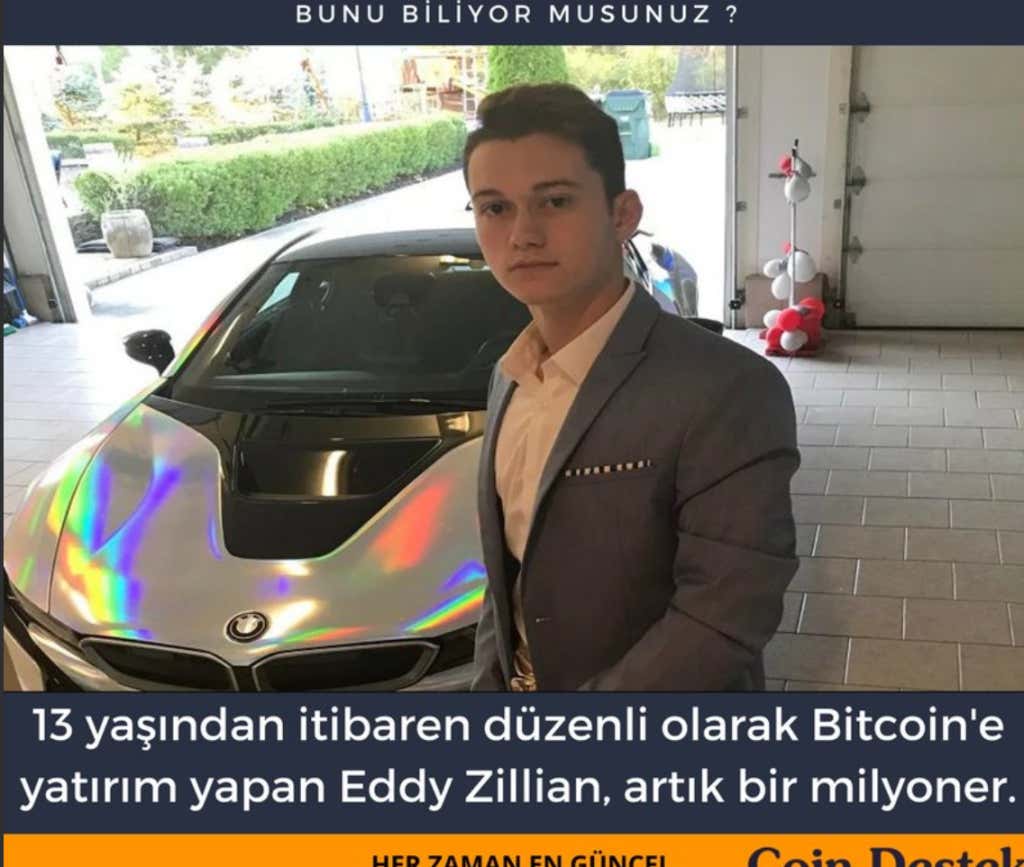 Telegraph – Eddy Zillan was 16 when he began investing in bitcoin, just two years later, the youthful investor estimates he has “made close to a million” from trading in various cryptocurrency.

The perspicacious Ohio teenager was an early adopter of the bubble and bust digital currency, investing in 2015 when bitcoin’s price was as low as $214 following a prolonged bear market.

“I then invested another $6,000 through money I earned and saved from working summer jobs.”

The student, who has created his own cryptocurrency consultancy business capitalising on his investment success, calls his first foray into the bitcoin market an “educated guess”.

Mazel to Eddy!  What a baller.  What a success story.  What timing too.  We needed this.  We get so overshadowed every December.  Hanukkah starts literally tomorrow and all you hear about from everyone around you is how they only have 2 weeks left to buy gifts, how they need to get a tree some time this week, how their in laws are staying through New Years and it’s a huge pain in the ass.  Queue’ing up their DVD players with all the classics like Santa Claus Is Comin To Town and Frosty and Rudolph and Elf.

Well how’s this for a holiday story?

But so far, the teenager’s gamble on digital currency has paid off spectacularly and today he buys and sells vast sums of cryptocurrency, making him comfortably wealthy.

“I have made close to a million from trades but the market is very volatile and some days I may make $150,000, but other days I may lose $100,000, so it’s very hard to give an exact dollar value on my portfolio,” he explains.

Zillan cashed in last year, just before bitcoin’s meteoric price rise, and today trades in ethereum, a rival cryptocurrency which has rocketed more than 6,800pc since the start of 2017.