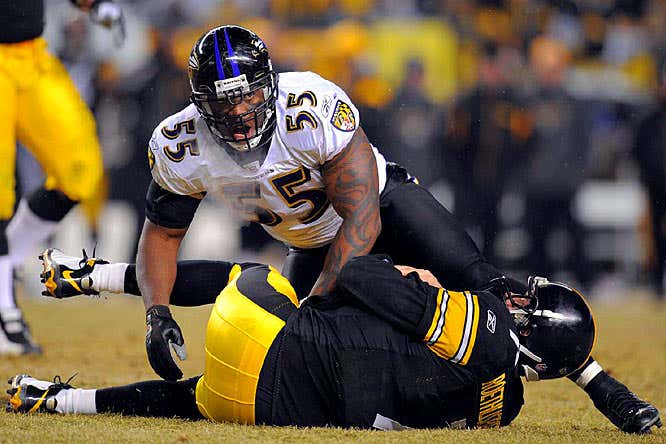 Here it is. Biggest game of the year to this point, and there’s plenty on the line. The Steelers can wrap up the AFC North title with a win, and the Ravens can put themselves in prime position to close out a playoff spot against weak competition the next 3 weeks. Plus a little revenge after a heartbreaking loss last Christmas would obviously be nice…

The Steelers won the first matchup 26-9 in Baltimore back in September, which feels like decades ago. Plenty has changed with these two teams since then. The biggest difference is that Brandon Williams is back and healthy this time around. Leveon Bell has rarely had success against the Ravens, but he had himself a field day in Week 4 when Williams was out. Guy went for 144 yards and 2 TD’s, and tacked on another 42 receiving yards as well. General rule of thumb is that nobody puts up those kinds of numbers on the ground against the Ravens, and Brandon Williams is quite literally the biggest reason for that. The stats back that up. The Ravens allowed 169 yards on the ground in 4 games without Williams this season, whereas they’ve only allowed 84 YPG with him suited up. It completely changes the complexity of our defense. The reason we thrived off turnovers in the first two weeks of the season and in the past month or so is because teams have no choice but to try to throw against our deep secondary. The Steelers won’t be handing the ball off to Leveon Bell 35 times like they did in Week 4, I promise you that.

So the key tonight is to get out to an early lead and control the pace and the clock. Just like it is every week, but that goes double tonight. We have to make the Steelers as one-dimensional as possible tonight. Yes, they have one of the best passing attacks in the game and Antonio Brown scares the living shit out of me, but it’s the way it’s gotta be done. We gotta pressure Ben and force him into sailing balls over his receivers heads and into the hands of our safeties. I don’t see us winning this game if we don’t force a couple key turnovers. Our offense just isn’t strong enough. Ugly football is just how we like it, and that’s definitely how it’s gotta be tonight. Pound the ball with Alex Collins, force them into making the mistakes, and dominate on defense and special teams.

We’re built for December and January football. This is our time. Let’s go do a job and steal a win in Pittsburgh.