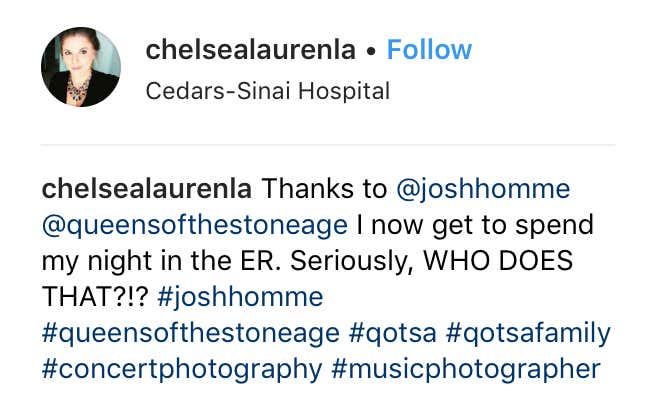 There’s really no explanation for that. Bizarre stuff. Mark Twain was once quoted saying, “Never pick a fight with people who buy ink by the barrel.” It’s a bit dated now in a world with the internet and a dying newspaper industry but you get the point. Basically don’t fuck with people who gave the ability to slander you with their words. Well I’d like to extend that quote to photographers as well. Never kick someone in the face whose job is to visually document your movements. That’s gonna come back to bite you every single time. They’re gonna put you on blast on Instagram and people are gonna realize what an ass you are. Did he think no one was gonna see him do that? Maybe he thinks it was super rock n roll of him to kick a photographer and send them to the ER. Nope. Just the actions of a bad person.