I don’t know how Disney’s done it, but they’ve assembled the most likable cast and crew I’ve ever seen for the resurgence of the Star Wars franchise. Seriously, it started with Kathleen Kennedy taking over as President of Lucasfilm, trickled down into JJ Abrams writing and directing Episode VII, and then led to him casting Daisy Ridley (out of obscurity), John Boyega, Oscar Isaac, Adam Driver, Domhnall Gleeson, Andy Serkis, and Gwendoline Christie. Everyone’s tremendous enthusiasm for Star Wars was so infectious that you got that feeling right away that this saga was in good hands, and then Rian Johnson took over and matched that high bar JJ set. He probably passed it, honestly, because he’s been geeking out at fucking EVERYTHING. Now we’ve got Kelly Marie Tran joining the family and instantly being hilarious and adorable in every possible way. I didn’t even get the “Should we let this person in? They cool?” feeling EVER with her, which is shocking considering how protective I am over the Star Wars cast, but from the first time I ever saw her at Star Wars celebration I knew she was a perfect fit. She’ll be playing Rose Tico in The Last Jedi, and it’ll be her first major motion picture role ever. 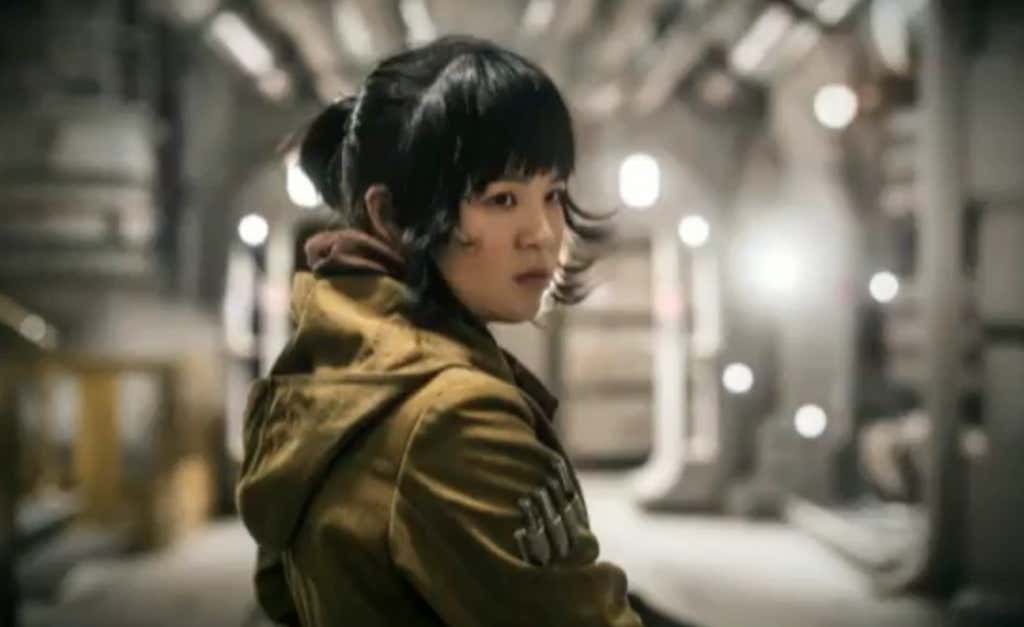 Here she is, jogging around Los Angeles just one last time before everyone in the world knows her name. She’s being a bit self deprecating, laughing at how blatantly she’s trying to get recognized and failing, including a hysterical moment where she calls a random dog on the street “the coolest dog she’s ever seen”. I love this cast so much. I’m thinking about the world premiere tonight, thinking about how happy everyone is going to be, and how proud Kathleen Kennedy and Rian Johnson are of the movie they’re putting out, and it’s basically bringing me to tears. Good luck to everyone involved tonight! I love you! And I trust you!