I admit that maybe I’m a little biased, given the fact that I’m the only guy I know who was given two copies of Steve Belichick’s book for Christmas last year: 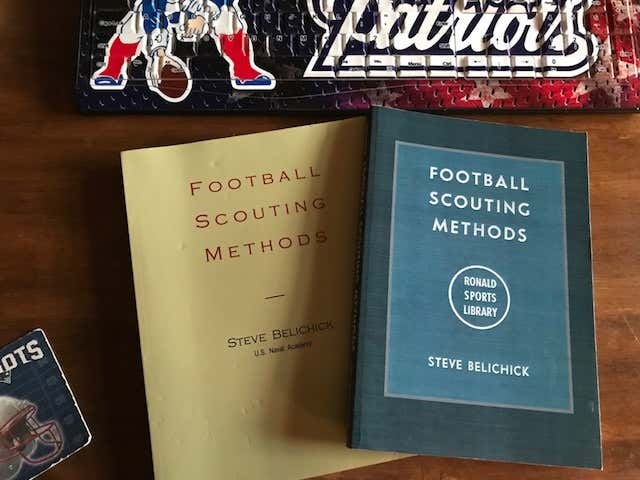 … but this was genuinely moving. And if you didn’t catch The Belichick Legacy on CBS Sports, I’m sure they’ll be running it again. Even if you hate the Patriots but love football, America, the Armed Forces or just fathers and sons, it’s a great take.

If you don’t know, Bill Belichick’s dad Steve not only was the defensive coordinator at Naval Academy, he turned down tons of offers to go be head coach somewhere else because he didn’t want to live the nomadic life of a football coach and have to uproot his family every four years. Having a stable home life was so important that he became a professor in order to get tenure so he couldn’t be fired. In addition to raising his kid to break down game film at the age most kids are still surprised by the twist ending at the end of Scooby-Doo.

Personally I’ve got debilitating daddy issues anyway, so father and son stories like this just get me right in the soul. Plus, any time you get a chance to pull back the facade of The Hooded One is definitely worth it. The Belichick Legacy: Certified Fresh on Old Balls Tomatoes.