Sneakernews- On Saturday, December 9th, Jordan Brand will release the Air Jordan 11 Retro “Win Like ’96”, an all-red version of the popular Jordan shoes that celebrate the 1996 Chicago Bulls and their Championship run. Earlier this week, specifically on Monday night at 10:10 pm EST, two thieves made away with one box of shoes from Niketown NYC. According to store representatives, the front door was unlocked and surveillance videos reveal a two-man operation in which one served as the lookout and the other snatched up the package. The estimated retail of the shoes stolen is $7,200. 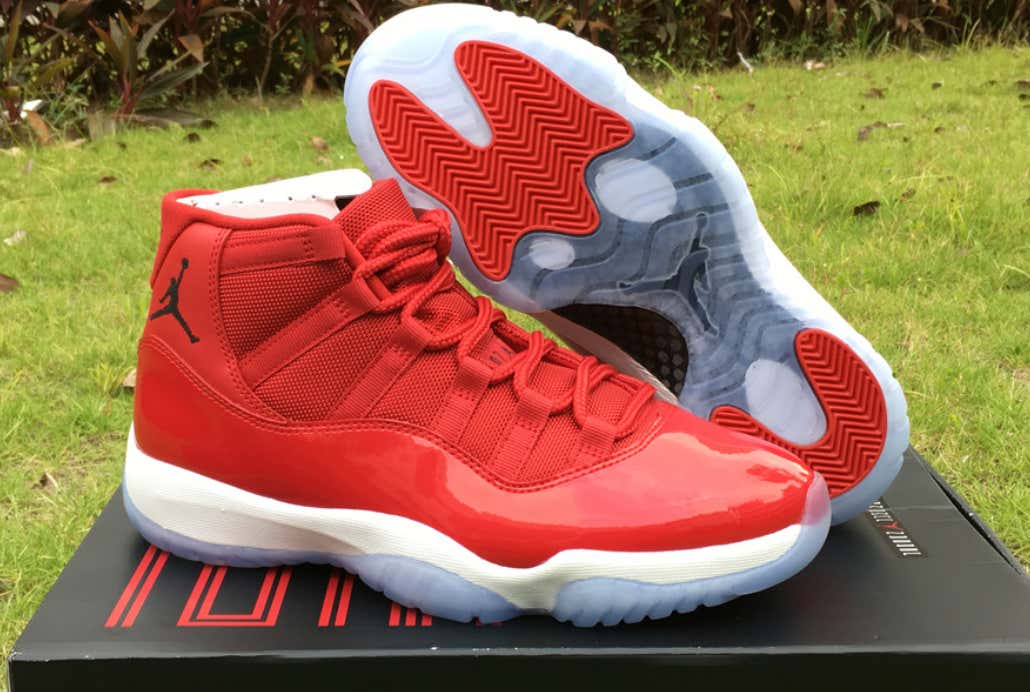 What a haul! That’s roughly 32 pairs of Jordans, which is hard to believe given the size of that box. Doesn’t seem like you could fit 32 pairs in that box but I was never very good at Tetris or packing my belongings into a minivan, so what do I know.

Get this: $7,200 worth of the “win like ’96” XIs were stolen. In 1996, MJ’s Bulls won 72 games. Coincidence? I THINK NOT! This is some Thomas Crown-type theft. Those dudes are criminal masterminds who knew exactly how much they were taking. Also, they clearly have an inside man at Niketown. It might even be Michael Jordan himself; I heard he’s been struggling financially of late.

We’re not in the business of heralding criminals but watching that dude waltz out the door with a massive box of sneakers was pretty funny. That has to be one of the easiest, most victimless crimes these eyes have seen. I’m sure Niketown is insured for this sort of thing. It’s not like they stole the Jordans from a mother of 12 who sews sneakers 24-7 just to make ends meet.

And yes, I will be buying these sneakers. I love 11’s more than I like almond butter mixed with nutella after a long day of heavy deadlifts. Nothing better than a favorite guilty snack when you’ve earned it in the gym, right guys?! lol.

PS- I wrote the word “thieves” like 4 times in this blog and every single time I had to say, out loud, “I before E except after C.” What a great rule it is, until you realize that it’s complete fucking bullshit. Examples: seize, vein, weird, their, feisty, foreign. Perhaps you’ll cite that addendum, “except when sounding like ‘A’ as in Neighbor and Weigh?” Uhm, did you say those words out loud? SEIZE? WEIRD? FEISTY? Them shits don’t sound like A at all. Fuck outta here. And that’s talking spelling.