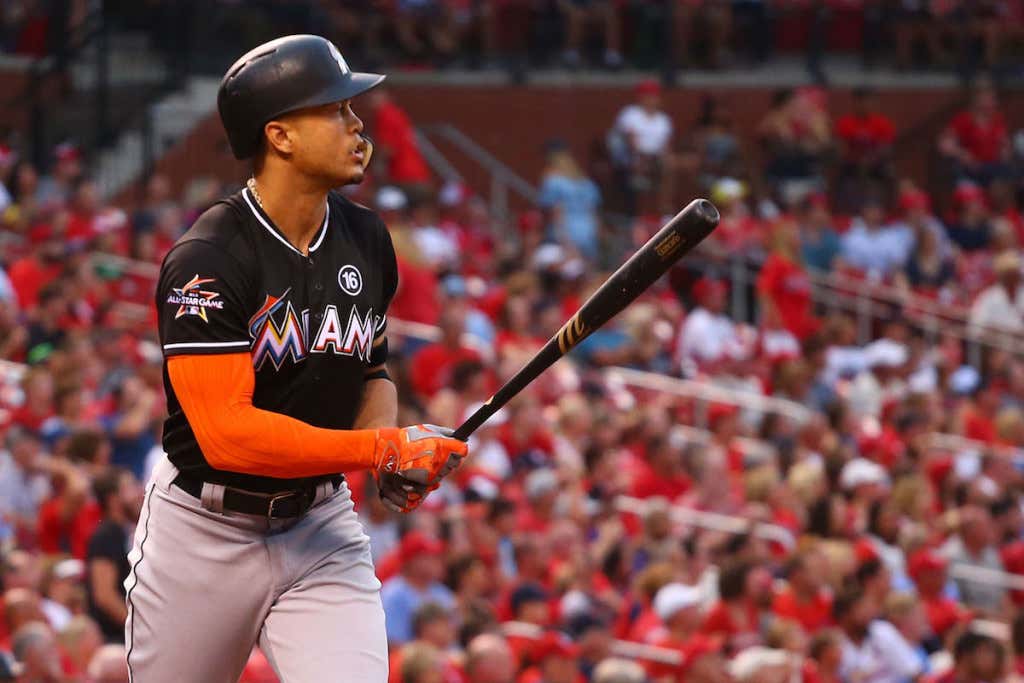 Before we get started here, can we all acknowledge how brutally the Marlins have handled this situation from the jump? Giancarlo Stanton is arguably the best player in their team’s history, the reigning league MVP, and they basically put him in this impossible situation.

What situation is that? The situation where the Marlins agreed to a pair of trades with the Giants and Cardinals, and then put it on Stanton to say yes or no. The right way to have done this would’ve been to have asked Stanton first if he would’ve accepted a trade to either team, and then proceed from there. Now, at least in St. Louis and San Francisco, he’s the bad guy. That shit ain’t right.

Just as it was looking increasingly likely that he’d end up with the Giants, it appears as though San Francisco, as well as St. Louis, are out on Stanton, per Ken Rosenthal.

In recent days, multiple major league sources have told The Athletic that Stanton does not want the San Francisco Giants or St. Louis Cardinals, the two teams that have reached trade agreements with the Marlins, pending the player’s approval.

But, need I remind you that things can change very quickly. I said the same thing after it looked like Stanton to the Giants was a sure thing. Things can change, and they apparently have changed here. Yesterday, the Marlins began their fire sale when they moved Dee Gordon to the Seattle Mariners, who did not have a no-trade clause, hence the relative ease in which the deal came together. Meanwhile, moving Stanton continues to be quite the difficult process.

When the Marlins accepted trade offers from both the Cardinals and Giants, we were in the dark on where Stanton would actually accept a trade to, aside from the Dodgers. Now, we have a much better understanding.

Noticeably missing from his list of teams that he’d accept a trade to would be the Boston Red Sox, a team that he had been linked to and a team that was interested in acquiring him at the start of the offseason. If you look at his list of teams that he’d accept a trade to, it would be fair to say that he’s not looking to join a team that would solely be depending on his addition to put them over the top. He wants to win, and he wants to win right now. He’s not interested in a rebuild, and he’s certainly not interested in joining a team on the fringe and being depended on to make them a legitimate World Series contender based on his efforts alone.

And you know what? He’s earned that right. He’s been in this league for eight years, and he’s endured a losing season in all eight of them. With his full no-trade clause, he’s in the driver’s seat. He’s going to go where he wants to go, not where the Marlins get the best offer from. This is about Stanton, and his clear preference is to compete for a World Series title in October. That much is now very, very clear.