I know every blockbuster movie trailer is the greatest thing ever on Twitter, but that was alright I guess. I mean it didn’t reveal any real plot or storyline outside of Chris Pratt being married to the dinosaur game and letting the love of the last Jurassic World movie slip away because of it. Tale as old as time. The fact of the matter is I was going to see Jurassic World 2 regardless of what that trailer looked like and so are you because that’s just what Americans do. We get tubs of popcorn, buckets of soda, and watch Jurassic Park movies until they stop making them. Then Hollywood goes back to the well after a few rough years at the box office and we get more dinosaurs on the screen as well as whatever actor from the original wants a decent payday. Simply hearing Dr. Ian Malcom say those magical words again was worth the price of admission for the trailer alone. At first glance, it appears that the justice system and a volcano are the big baddies in this Jurassic movie, which is obviously a slight detour from the first 4.

Again, I’d be happy if the next Jurassic movie was just people walking around the park, the dinosaurs doing cool dinosaurs things in their exhibits, and then the park closing. No need for chaos to ensue. Dinosaurs have been fucking awesome since we learned about them as kids. There probably isn’t a need to add blood and guts, but the formula works. Maybe if this one flops, the studio could go another direction and give us an R-rated bloodbath similar to the Dinosaurs Attack! cards that any 90s kid worth their salt will remember. 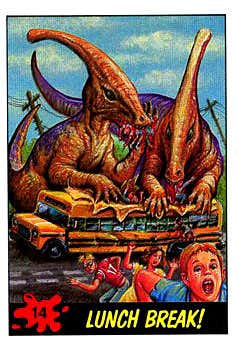 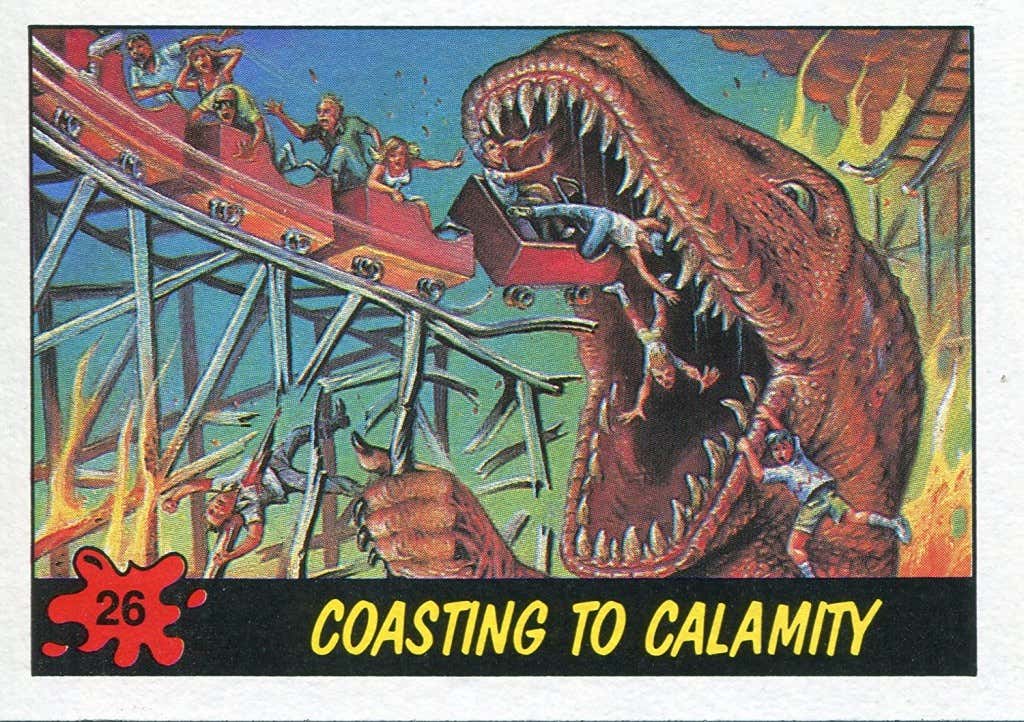 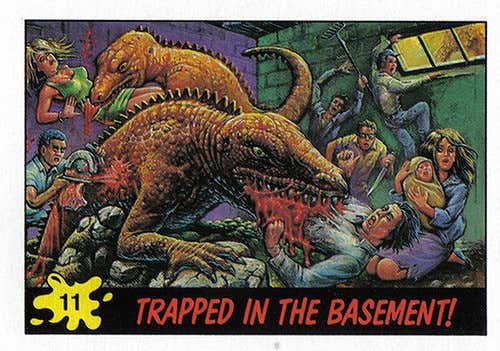 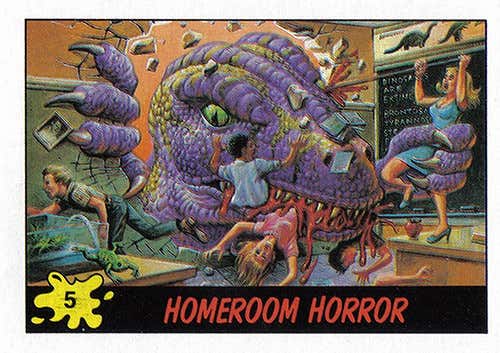 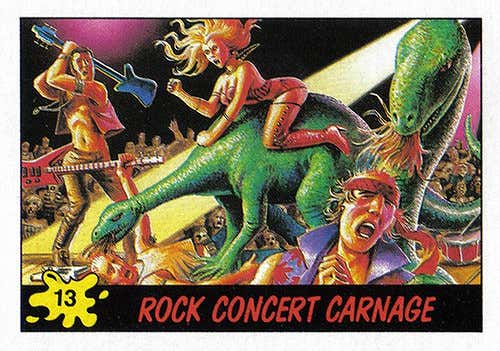 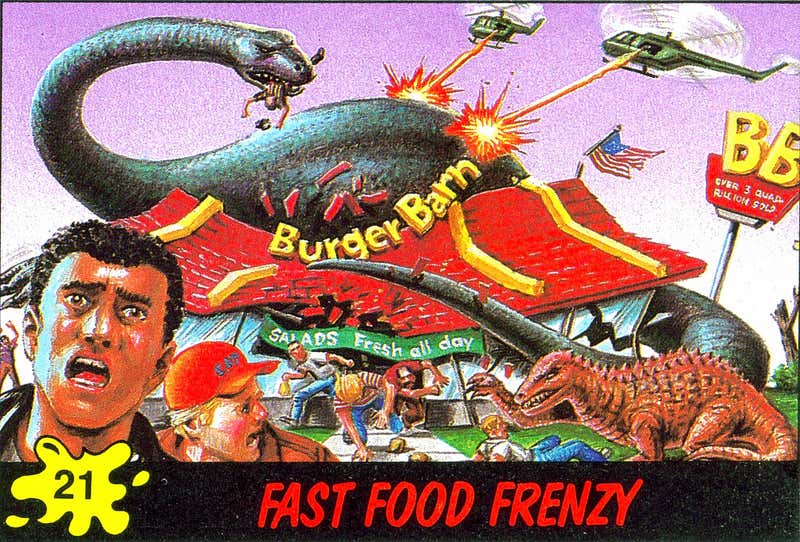 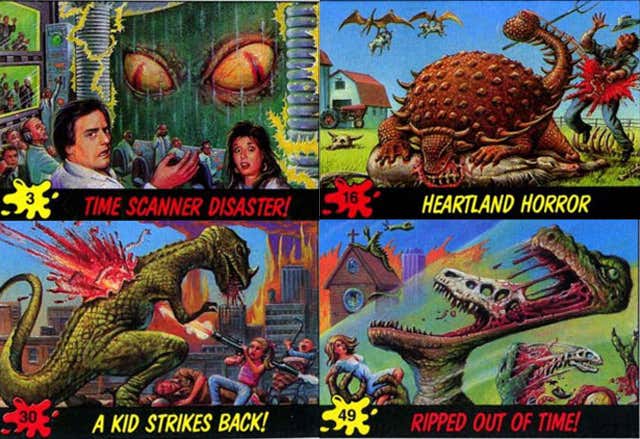 The 90s were fucking wild, man. And so are the Jurassic Park songs.

My favorite, the entrance theme:

And maybe the best song of all, the Dr. Ian Malcom song:

See you guys at the theater on June 22nd. It’s your patriotic duty.